John and I met as young children and were high-school sweethearts. We married and put him through college and had four children during the process. He joined the Air Force to pay for medical school, and we spent four years overseas to help pay off the costs of his education.

We recently counted how many years of his life were spent being educated. If you go back to the beginning and count every year of schooling and training prior to him actually being qualified to do the job without someone looking over his shoulder?

We moved to a small town, bought a farm and decided to settle down forever. He got a job at the local emergency department. He does not work directly for the local hospital; he works for a separate staffing company. He is a contract employee, and he loves his job.

I know I am partial, but my husband is truly one of the finest men I know. He loves his wife and children with a passion. When he’s not working, he farms organically and raises meat that we sell to the local community. He helps me to homeschool our young kids. He goes to church with us after being awake all night. And he attempts to view every single person who comes into see him — no matter how dirty or poor or high — with the same love he has for each of us.

My husband is doing the things no one else will or can do for the community. He’s running tests to rule out a brain bleed. He’s pulling a cockroach from someone’s ear, helping with pain. Setting bones. Running codes. He’s treating people who haven’t bathed in weeks, a child who has been the victim of abuse, or a local inmate who just killed someone after driving while intoxicated.

When he gets home after his 12-hour shift, he doesn’t (and can’t) say a word to the general public about what he saw within those hospital walls. He doesn’t share the times he was cussed out by a drunk patient or threatened by a psychotic one. And he can’t share the good things either. The hugs and tears and thanks from people who had nowhere else to turn.

He can’t get on social media to share how many times he was verbally abused. He can’t discuss the ignorance or decisions of his patients. And yet any person who walks into the ER can get on social media and say anything about the care they received.

People without medical education will shout to everyone on social media that my husband did not run a test (they think) they needed. Or that he did not run enough tests. If they aren’t that sick, how dare he order a test that tells him that. And if they are truly sick, how dare he not run a test that would tell him they are OK. He’s walking into rooms to tell loved ones that the most important person in their life didn’t make it. He’s seeing people at their very worst and caring for them wholeheartedly. And in turn, if they don’t like everything he does, they give Facebook a piece of their mind.

These statements may be colored by their own sleep deprivation or adrenaline or frustrations or fears. It doesn’t take into account anything going on in any other room of the emergency department at the same time. It doesn’t factor in the 27 years of schooling that taught my husband how to stitch a wound or make a decision about how to proceed with an injury or what medicine or test would be best for this particular situation. These people are choosing to walk through those doors and get help.

My husband tells me that he knows he is doing his job and doing it well, and what people without medical education think about the choices he makes doesn’t bother him one little bit. But I’m his wife. And I love him. And I live in this community. This isn’t a big city where a doctor can slide a bit more into anonymity. This is a small town that few doctors call home.

Please folks, don’t blame a physician who has moved to your town to treat your family member and who wants to save your life when the worst day of your life happens upon you. Remember, when you are frustrated about your wait time for your daughter’s broken arm, that my husband is in the room next to you having to tell someone that they lost their partner of 50 years. Keep in mind that he receives a paycheck for the exact same amount of money on each shift he works. There are no kickbacks for a test he orders or a medicine he prescribes. He knows medical costs are high. (A recent ER visit for his own family was $7,000!)

When you jump on Instagram to slam the doctor that you just visited at two in the morning because your child decided to jump off a piece of furniture, remember that the doctor has a family too. He has chosen your town to raise that family. My husband is a person who is putting his face and name out for the public in order to help save the lives of that public.

Please remember that your opinions and thoughts are being placed on a real person with a real family. There is a reason that you didn’t stitch your child up yourself. There is a reason you did not run the tests. You are choosing to put your loved ones in the hands of a stranger because you are saying: “You have twenty-seven years of schooling … and I trust that you know more than me.”

Let him do his job. You have willingly put your life into his hands. He’s giving you respect every single time whether you deserve it or not. Give him that same respect in return. 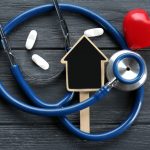 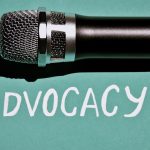 Before you vent about your doctor on social media, read this
12 comments