I want to share how the era of immunotherapy, specifically immune-checkpoint-inhibitors, has changed the landscape of community oncology practice in metastatic non-small-cell lung cancer, for oncologists and, more importantly, patients.

I want to tell you the story of Joe. A stage IV lung cancer survivor story. (Name and details changed to protect anonymity.)

In 2015, Joe was diagnosed with stage IV non-small-cell lung cancer (NSCLC), adenocarcinoma. He had multiple metastases to other organs. When I met him in the hospital, I laid out the diagnosis and how the cancer was affecting his body. He was in his early eighties and seemed frail. I described the options for treatment, from full treatment (which would be palliative, not curative), to supportive care and hospice. He opted for standard treatment. He didn’t respond to the first chemotherapy we tried for him. That was in the summer of 2015.

In May of 2015, the first immune-checkpoint inhibitor was approved by the FDA for NSCLC in the second-line metastatic setting. I had started two other of my patients on it by that point, and both were tolerating well. I discussed the option with Joe, and he wanted to proceed.

At three months, the metastases had decreased in size. By nine months, the largest metastasis had shrunk by 80 percent.

That was over two years ago. I see him back with imaging every three months. He has yet to progress. He remains off any treatment.

In other words, my patient is in apparent remission from stage IV NSCLC, after nine months of immune-checkpoint inhibitor, and remains off therapy for over two years.

The first two patients I mentioned above, who I started on treatments in the summer of 2015, the same year as Joe, also continue on them.

That means they’ve been living with stage IV NSCLC for over three years. NSCLC is but one example of how immunotherapy has upended the paradigm of expected limited survival in advanced cancer.

In my cohort of long-term NSCLC survivors, I have to pay attention to their other illnesses. To no surprise, they have other tobacco-related comorbidities, especially CAD (coronary artery disease) and PVD (peripheral vascular disease). Some of them, to my eternal frustration, continue to smoke tobacco.

We need to treat and manage their other medical conditions as we would in any other patient.

We can no longer push their comorbidities (other illnesses) to the back burner because they are not expected to live past six months.

This is an awesome problem to have.

Oncologists can, in some settings, now tell our non-small-cell lung cancer patients they are less likely to die of their cancer than something else. But we still need to treat the “something else.” And we cannot do it alone.

As our practices fill with these long-term survivors, the shortage in medical oncologists grows, and the gap between the care needed and the care we can provide threatens to widen to an insurmountable magnitude.

Although the societal stigma surrounding cancer has become less and less over the past several decades, I still bump up against it. Some people still ask, what is the point of treating stage IV cancer? Joe himself is the best answer to that question I could ever give.

To my mentor: Thank you. I didn’t know how much I needed you. 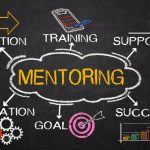 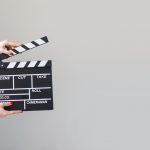