I have known him for over thirty years. He has been legally blind for the past five.

He tends to be a practical, no-nonsense man. The other day, he seemed restless and very concerned as he lowered his voice and said: “I don’t want you to come to the conclusion that I’m crazy, but I’m seeing things,” he began. “I’m seeing children with elfin faces …”

His large, thin hands were in his lap. I put mine on his and said, “I know what that is. You’re not crazy. This is something that often happens to people with very poor eyesight. It’s called Charles Bonnet Syndrome, and it was actually described in 1760 by a Swiss philosopher who observed it in his grandfather who was going blind. It’s like the brain fills in the empty spaces, and for reasons we don’t understand, much of the time it tends to be with elfin like children. They’re usually friendly and jovial and there’s nothing threatening about them.”

“Right, these are. I’m so glad to hear this is not some psychosis.”

“It’s a hallucination, but not a psychosis,” I reassured him. I printed up an article and gave it to him to show his friends and the staff at the senior citizens home.

A few days later I heard how appreciated the article was.

This was only the second time in my career I have seen this condition. The first time I had no idea what it was but a family member of that patient brought in a printout of an article they had Googled. That was ten years ago and I wrote about it in my first year of blogging.

Apparently, up to 10 percent of people with visual acuity under 20/60 have this syndrome, and it tends to go away when vision is completely lost.

This little incident evoked two distinct feelings for me. The first one was the comfort, confidence and gratitude that I could instantly reassure my longtime patient that what he was experiencing has happened to other people and has a name and a long history. The other feeling was equally profound and mixed with all kinds of emotions: My patient was once my neighbor, and my soon to be 35-year-old son was often hanging around his yard, checking out his motorcycle, convertible Mustang and garden tractor. My son did look like a little elfin at that time. Maybe it was him that he was “seeing.” 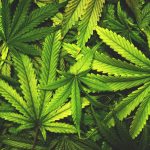 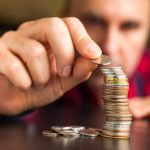