September 2015, a few weeks into my first year of medical school.

Mr. Smith (John) (identifying information and event details altered to protect confidentiality) wore an orange jumpsuit with the letters “COUNTY JAIL” running down his right pant sleeve. At all times, I felt the presence of his police officer sitting right outside the shock room.

As I interviewed John, he had a face void of emotion. I introduced myself as a medical student, and he gave me a slight nod with his eyes looking directly into mine.

My preceptor first listened to his heart and nodded affirmatively to me. He motioned for me to do the same and for the first time, I used my stethoscope.

Harsh, loud sounds I heard with every beat of his heart. I remember having a puzzled look because I knew that this wasn’t normal, but I couldn’t understand what my ears heard.

Lying flat on the bed, John struggled with every breath. And as I continued to listen, his heart rate suddenly climbed, and I pulled my stethoscope away immediately.

“What do you think Mr. Smith has TJ?”

“I’m not sure. It might be heart failure or something congenital.”

“Good thinking, it could be Tetralogy of Fallot — or ToF for short — which would explain the harsh, systolic murmur. Mr. Smith, have you been diagnosed with a heart condition in the past?”

“Not to my knowledge. No. I do fear that I will die from this. Will I die?”

“We don’t know enough to say more, but we’ll do some imaging and come see you right after.”

A few minutes later, a chest X-ray was completed. My preceptor and I reviewed the images.

“You see the shape of the heart? It’s what people call ‘boot-shaped.’ It indicates that the right ventricle is enlarged, classic for ToF.”

It was a slow night, so we were able to get a stat echo done for John. It was confirmed to be Tetralogy of Fallot — a rare heart condition where the septum is not fully developed between the left and right ventricles and oxygenated and deoxygenated blood continuously mix together. This explains his shortness of breath and fatigue.

Earlier in the morning, John was discharged from a nearby hospital to go to court. Within the hour, he yelled at the judge and collapsed in the courtroom. When admitted to the hospital, his O2 saturation was 60 percent.

When I talked with him, I learned that he had been hospitalized numerous times for similar faint spells and that he had no family or friends to contact. He is a smoker, a drinker, has a history of high blood pressure, and is taking more medications than I can remember. Now, he is in limbo because his jail refuses to take him back.

“He will likely die,” my preceptor told me. “It’s unfortunate he wasn’t operated on as a child, things could be much different for him right now.”

“He wouldn’t be eligible for a heart transplant?”

“It’s possible, but it may be too big of a hurdle to overcome. His track record and prognosis work against him.”

“Why did he fall through the cracks?”

“Likely because his family was uninsured, was from a disadvantaged background. Everyone that comes through here is disadvantaged in one way or another.”

I didn’t see John again as he was transferred right away to the patient floor upstairs, but I still think of him. That night, I prayed for his well-being and that he will find hope and solace. To this day, I continue to pray for my patients.

This was only my second time in the ER, but I have witnessed more than I could have ever imagined. Blood, cursing, yelling and crying. If you let the people get to you, the environment will overwhelm your senses.

The ER is not without its brave medical staff (doctors, nurses, PAs) that come to work every day to care for and treat whoever comes through the front door. Every person who comes through the front doors has a case that is either dire or trivial. If not enough attention and care is given to a case that seems trivial, something grave can be overlooked. Maybe John could have been helped if his heart condition was caught early on. Or perhaps not, I don’t know.

Writing this a few years after our interaction, I can say with confidence that if you respect every patient and not bring bias into your decision making, then every patient you see will be better off because of your diligence and genuine care.

What to know before moving for a health care job 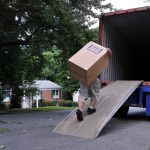 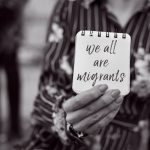