I do not believe this is a real word. That’s OK. I don’t care if it isn’t. I have wanted to write this little blurb several times over a period of a few years. My theme is related to what we physicians regard as pathognomonic — i.e., definitive proof of a particular condition based on one sign or symptom. Sometimes causing unwitting harm to our patients and families. Why haven’t I written it before? Sometimes thoughts sit in the back of my mind like some shapeless mush in a slow-cooker, then one day, it boils over — and there you have it.

But most likely, I am not, and never, was a researcher or academic. And although I have written things — “things,” blurbs, poems — since I was 15, I am not one who people would quote, and if this blurb appears in print somewhere, it will have no academic worth. It’s just an opinion of an old retired pediatrician. Most of what I write is either dry humor or tear-jerking tragedy. This is neither.

The incident that sparked my thoughts on this subject in recent years was an article about some test for an infectious disease. What it specifically escapes me now. The point was that: what we once thought was absolute truth had changed, and now we know that it was effectively sometimes not always. This will not come as news to my colleagues. We, as physicians, must deal daily with uncertainties. The only certain certainty is that I have never saved a life. All of my patients have either already died or will, as will I — and the rest of you. Just to lighten up this dark subject (it is not really dark; death and life are inseparable, and death is not necessarily a dark subject, but that goes beyond the scope of my treatise, a bigger word than blurb). So, as chief resident of my pediatric program in the early ‘80s, I had a side-job of trying to organize the small pediatric library at the top of our old building. I feel bad that I never completed it. One reason I could never be a librarian is that I would continually find fascinating reads, which would distract me from my organizing. One old book, it was from 1902 I believe, caught my interest, like a hook in a fish’s mouth.

Back to pathognomonic. Early in my pediatric years in the early ‘80s, I was taught that condyloma acuminata (plural) or genital warts, were considered pathognomonic of sexual abuse when found on an infant or small child. As a direct result, upon finding said condition, it required filing a report of suspected sexual abuse of a child — a very strict definition. This sticks in my mind, as I one day, in my office had to confront a very nice African-American mother, whose infant definitely exhibited condyloma, that I needed to file a report with the state. I still remember trying to word it so that she would not feel like I was accusing her of sexually abusing her baby.

Try to put yourself in her position. She did not show a lot of obvious emotion, and there could be many reasons for that. Perhaps, she did not totally understand what I meant. Or, perhaps, as a black woman she was used to being accused of bad things, and this was just one more. I don’t know. In any case, as I actually expected, the report came back “unfounded.” Since then, many years have passed, I have read and been told by my Internist, that condyloma are quite common. Although they may be a sign of sexual abuse in a young child, it is not in any way a certainty; they are quite common in adults of all ages who are not engaging in any particularly odd behavior, could be passed on unwittingly by a caregiver, but they still are associated with sexual contact. A clue here, many adults of all ages are known to engage in sexual behavior, requiring close skin contact. (I hope you enjoy my dry humor — I warned you in the beginning).

So, we physicians are still subject to pathognomonia, like it or not. Since this is not academic, sorry, I do not have an answer to the question, “So what should we do? How should we react to being told that something is pathognomonic of a certain condition?” I suppose we need to exercise “good judgment” but follow regulations. And, perhaps, we should not be in a hurry to label a sign or symptom pathognomonic.

David Rinaldi is a pediatrician.

The demonization of socialized medicine 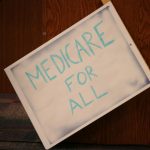 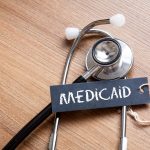