Stefania was a 17-year-old Russian girl who presented herself to a port of entry in the United States seeking asylum. Stefania’s journey to this point was an unimaginable one. In her home country of Russia, she was a happy high school student living with her mother. Her father died of a heart attack six months prior. Then one day on her way home from school, she was kidnapped by the Russian mafia and forced into sex trafficking.

However, Stefania would probably tell you she was one of the lucky ones because, after four days of captivity, one of the mafia members had pity on her and helped her escape. Her mother, fearing she wasn’t safe in their small town, decided to send Stefania unaccompanied to the United States with the hope of her reuniting with her mother’s sister who had established herself in the United States five years prior. The other real concern for her mother was that the mafia gang members knew exactly where she lived. She was deeply concerned it wouldn’t take long before they began harassing Stefania’s mother for her whereabouts. Stefania and her mother both understood very clearly that this decision was a matter of life and death. Unfortunately for Stefania she also turned 18 years of age one day after reaching the border and needed to be processed as an adult. The question we are asking ourselves today is should Stefania be granted asylum in the United States knowing the grave situation she has found herself in?

Now, what if I told you that Stefania wasn’t Russian but Salvadorian and this happened in El Salvador and not Russia. If there is a change in the place of origin, identity of oppressor, or ethnicity of the adolescent, is there a deviation in your mindset and empathy towards her? This is what is at the heart of the immigration crisis and what is going on at the border. We are literally battling over which children and adolescents have more worth to us as a country. Are we a country that only cares about the sexual assault, violence or kidnapping of children that look like us or speak the same language as we do?

El Salvador, for example, has one of the highest rates of gender-based violence. It continues to be a very dangerous place for women and girls and is listed as one of the world’s deadliest countries for women. We turn on our television and watch what appears to be the new culture in America when it comes to immigrants. Over the past 10 years, I have listened to and watched children of all ages attempt to reach their parents and family members who left long ago for a better life or just a chance at the American dream through education and hard work. Many of these children risk life and limb to escape the pressures and torture of gang members, poverty and complex politics.

The journey for these women and girls from El Salvador, as well as other Central American countries, doesn’t begin at the border. It is riddled with traumas that start in the home country. They have to make the decision to take a journey across various terrains, deserts, and rivers that can take 2 to 3 weeks. Most girls know that along the way sexual assault may be a hazard of the journey in the hope of reaching this land of perceived dreams and opportunities, only to find the third phase of migration trauma: the capture by Border Patrol with possible temporary placement. It is a journey of trauma, necessity, resiliency, and childhood all wrapped into images of immigration at the southern border.

In Stefania’s story, she turned 18 one day after arriving at the border making her ineligible to be categorized as an unaccompanied child under Health and Human Services. So what happens to Stefania if she is not given the mere opportunity to seek asylum in a court of law in the same country that prides itself on the words scrolled across the Statue of Liberty? Is there any difference developmentally between the age she is today and the one she was yesterday? The notion that there is an arbitrary legal difference when there isn’t a developmental one has always seemed absurd and becomes even more preposterous in stories like Stefania’s. Anyone who is a parent or guardian may often ponder about these ambiguous timelines of legality since they’re truly not based on science, medicine; understand of cognitive growth or development. Truthfully any child’s age that still has “teen” at the end of it should never find themselves in a jail with adults 25 years of age and older.

There needs to be a team of experts as part of the immigration conversation around children and adolescents. Or are we really saying the value of children doesn’t matter if the place or origin, identity of oppressor, or ethnicity somehow doesn’t meet our valued scale of humanity. The truth is everyone can’t be permitted admission freely into any country including the United States of America. However, there must be an unbiased process of law that doesn’t lack humanity, especially towards children. Each mother and each child is an individual person with an individual story that brings them to this moment of time. We have to decide whether a history of bias and historical trauma towards specific groups, slavery, internments, and new prison pipelines are still who we are in 2018.

What my first patient in medical school taught me 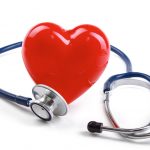 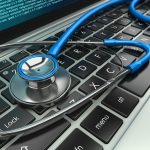