Recently, social media and news organizations have been awash in the physician-led backlash to the NRA’s now infamous “stay in your lane” tweet, and consequently, awash in images of the literal blood of seriously wounded or now deceased patients. Gun control is undeniably a cause near and dear to many physicians, who are duty-bound to try desperately, many times in vain, to save the lives of too many innocent Americans of all walks of life, killed by gun violence. I have yet to care for such a patient, but I cannot imagine the toll taken on many physicians in emergency rooms and trauma centers who must constantly look into the eyes of dead men, women, and young children, covered in blood, and filled with holes, as their loved ones sob or scream nearby. Many inevitably wonder if there aren’t better policies that could prevent this. To add insult to injury, the NRA seems to think physicians should not even discuss this amongst themselves, or in their professional publications.

Blood as life force is perhaps the most enduring cross-cultural human symbol, found in some of the oldest texts of many cultures. Perhaps its longevity is due to its psychological impact and rhetorical effectiveness. Spilled blood of the innocents as justification for recompense has inspired great human achievements, in large part, inspiring the American Revolution and playing no small part in the abolishing of American slavery, to name a few of national importance. However, its effectiveness transcends the causes of the just, and it the blood of the innocents — both real and imaginary — inspired some of the worst atrocities of the 20th Century, which I need not recount here. Its overuse in the politics of 19th century America even gave rise to the ridicule of “bloody shirt politics.” The bloodstained shirts, in this case, were those of the Union soldiers, which justified any and all policies imposed on the former Confederacy (while I do not intend to imply the later used the epitaph fairly or judiciously). Subsequently, true accounts of blood spilled by Klan members during Reconstruction were dismissed as mere bloody shirt waving.

Given its dual use as a symbol, doctors posting their bloody scrubs, face-masks, and trauma bay floors, might give pause to ask themselves if such images would be acceptable as a rhetorical cudgel for other causes. Will doctors in favor of immigration restriction be allowed to post their bloody scrubs attached to stories of innocents murdered in unspeakable ways by MS-13 gang members, or by terrorists who claim Islam as their inspiration? Will the blood of fetuses from physicians opposing abortions be smeared across my Facebook feed? Will the river of blood cheapen its symbolism and the testimony of doctors? Lest people think the first two are false equivalencies because they fight the gun and not a people, I assure you, they are mistaken. They fight a people who believe their right to bear arms of their choosing and in a fashion of their choosing is a God-given right that’s as important to their being and identity as any other.

I have never lost a loved one to gun violence within our country’s borders, but the remains of a man whose guidance meant a very great deal to me traveled back to this country in a flag-draped metal coffin when I was a young boy. And I bore witness to the image of his wife and four very young children dealing with his death with more dignity than I believe I could manage in such a situation. For a time during the Iraq War, when I lived within the walls of the Naval Academy, the sounds of agony of the family members of fallen service-members became common-enough in both the Academy Chapel and the church I had to attend for school, that I began conspiring to avoid attending services for any reason I could think. I will never forget the sounds of some of those screams or the faces of those screaming.

Fortunately, the lives and deaths of service-members are rarely used in this nation as cheap political props, but on the very rare occasion that I have heard them used for political purposes, I am enraged to my core. If I ever saw the story and blood of someone I love plastered all over the internet by a doctor sharing it with their friends and colleagues in support or defense of their heartfelt convictions, even in an attempt to bolster policies I supported, I would be incensed. My loved ones’ lives and blood are not so cheap that I would be happy to see them used as props in someone else’s policy narrative.

Finally, it might be worth considering the following: The blood of your deceased patients is what is left of their life force on earth spilled while you, as a trusted intimate witness in their final moments of life, tried in vain to save them. That intimate evidence of their tragic demise is not for you to share with the world at your discretion. I hope the memory of it will inspire you to affect change in constructive, respectful ways, and I hope you can speak about those tragic moments with people you trust and love, because I know some of those images and sounds will never go away.

Andrew J. L. Smith is a patient and medical student.

Why mentors are so important in medicine 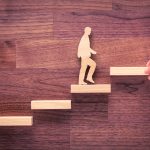 A medical student takes a look into the abyss. Here's what he learned. 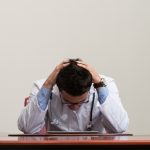 The blood of patients is not a rhetorical device
13 comments