In 2006 Dr. Tom Bodenheimer wrote an article that was published in the New England Journal of Medicine entitled, “Primary Care – Will It Survive?” Dr. Bodenheimer spoke with great concern about patients’ growing unhappiness with their primary care physicians and physicians’ increasing frustration with their practice environments. The patient-centered medical home (PCMH) model entered the scene in 2007 -2008 with the lofty goal of fixing the ills of primary care including problems with access, poor coordination of care, lack of continuity, inadequate payment, and uneven quality. In the 12 years since that article, only about 20 percent of primary care practices in the U.S. have formally adopted the PCMH model. Despite this low uptake, the PCMH has demonstrated strong clinical and financial impact in several notable organizations including Oregon’s Patient-Centered Primary Care Home Program and Blue Cross Blue Shield of Michigan’s medical home program.

Since the PCMH’s adoption has not been as widespread as envisioned, how is primary care’s health in late 2018? There are several concerning trends to note. There is an ongoing shortage of primary care physicians. Estimates of the shortage vary, but we may need as many as 20,000 additional primary care physicians by 2030 to accommodate our aging population and the proliferation of Americans with chronic illnesses. And in 2018, 75 percent of newly minted physicians will start their careers with average medical education debt of $190,694. This fact does not augur well to entice medical students to pursue a career in primary care when more lucrative specialties exist. In addition, recent data shows that the number of graduating internal medicine residents choosing to subspecialize continues to increase every year.

Dr. Bodenheimer’s article appeared before the ongoing plague of administrative burden reached its current state. EHRs that don’t communicate and rarely produce useful clinical information; pre-authorizations for generic medicines and pre-approval hoops for imaging studies that are almost always approved have endangered the morale of physicians and their office staff. And although we are moving toward payment in value-based models, the transition from fee-for-service to new models is difficult, uneven and frustrating.

A recent poll of 1,200 adults conducted by the Kaiser Family Foundation found that 45 percent of 18-29 year olds had no primary care physician compared with 28 percent of those 30-49. The study’s authors state, “Millenials are foregoing the time-bound model of office-based primary care in favor of more convenient care such as urgent care centers, telemedicine, and drugstore retail clinics.” And a recent study by the non-partisan Health Care Cost Institute found that fewer adults are seeing their primary care physicians and opting more often to see a nurse practitioner or physician assistant. Visits to primary care physicians declined by 18 percent between 2012 and 2016. The clear message here is that convenience and ready access are the desired qualities younger Americans value in engaging the health system.

What possible solutions can be adopted to strengthen our foundation and avoid the collapse of primary care? A recent article published in the National Academy of Medicine journal entitled, “Implementing Optimal Team-Based Care to Reduce Clinician Burnout,” provides some much-needed hope. The authors state that team-based health care has been linked to improved patient outcomes and may also be a means to improve clinician well being. Another one of Dr. Bodenheimer’s articles entitled “The Myth of the Lone Physician” posited that “an alternative to the mythological lone physician would require a paradigm shift that places the primary care physician within the context of a highly functioning health care team. This new mythology better fulfills the collaborative, interpersonal, patient-centered needs of new models of care, and might help to ensure that work of the primary care physician remains compassionate, gratifying and meaningful.”

This requires moving away from physician-centered practices (9-12 and 1-5 on weekdays with an hour for lunch with the answering machine on) to practices composed of physician-led teams. This will require physicians to learn some new skills but most importantly, “the task for the physician is to move from thinking about my patients to our patients.”

Creating highly functioning teams with shared goals, clear delineation of tasks and communication strategies takes work and persistence, but it is work that will be richly rewarded. Whether it’s instituting daily huddles, using the “teamlet” model or Dr. Peter Anderson’s Family Team Care Model, creating and supporting high functioning health care teams will help insure a strong future for primary care and will make for happier patients, physicians and other members of the health care team.

Redefining quality through a patient-centered approach 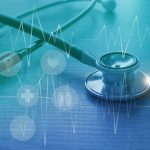