As a family physician, I treat patients of all ages – children to those nearing 100 years old. One issue that plagues young and old alike is lack of sleep. In fact, according to the Centers for Disease Control and Prevention’s (CDC) 2016 Morbidity and Mortality Weekly Report, more than one-third of American adults do not get enough sleep on a regular basis. This is a common complaint I hear from my adult patients; despite this, at times it’s difficult to get to the bottom of why patients are losing sleep. Often, it’s because they’re embarrassed to talk about it.

Nocturia, one of the leading causes of sleep disruption, may be America’s best-kept secret. Even in 2018, the fear of engaging in taboo “potty talk” keeps patients from receiving the medical care they need. Nocturia, a chronic medical condition, forces patients to get up more than once per night to urinate. In my practice, I see many patients with nocturia, and all agree – waking up multiple times per night can be “extremely distressing.”

While nocturia has many contributing causes, contrary to popular belief, “just getting older” is not one of them. In most cases, nocturia is caused by the kidneys’ overproduction of urine at night, known as nocturnal polyuria.

Addressing the elephant in the room

Although the disorder is common – approximately 50 million patients suffer from nocturia – only 26 percent of these patients have received a formal diagnosis from a healthcare provider. We, as physicians, must do better for our patients.

Based on my experience in the clinic, patients are not likely to initiate conversations regarding sleep disruption due to nighttime urination. It is our responsibility to facilitate the discussion and educate patients that waking up more than once per night to use the bathroom is not “normal.”

The importance of managing nocturia

Many physicians believe nocturia impacts their patients’ overall health. Nocturia sufferers only sleep an average of two to three hours before being awoken by the need to urinate, and the most common complaint I receive from patients is not being able to go back to sleep once it is interrupted. Nocturia-induced sleep loss can not only cause daytime drowsiness, impaired cognitive function, difficulty concentrating, changes in mood and depression, but it can also be deadly.

The National Council on Aging reports one in four Americans age 65 and over fall each year, and every 19 minutes an older adult dies from a fall. One-quarter of all the falls that occur in this population happen overnight – 25 percent of which are directly related to nocturia.

Colleagues, I implore you to take nocturia seriously and share with your patients that nocturia is a diagnosable, treatable medical condition. If you can believe it, 64 percent of Americans are unaware, and if left unmanaged, nocturia can lead to other serious medical problems and negatively impact quality of life. Primary care physicians are the first line of defense in protecting patients from developing sleep loss-related comorbidities such as heart disease and depression. I urge you to better familiarize yourself with nocturia, its symptoms, and available treatments – someone’s life depends on it. 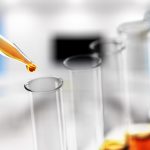 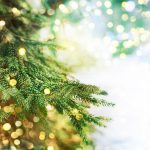