An excerpt from Doctor Brooklyn: Love & Life at the End of a Knife.

“Goddamn, you’re getting married? Are you outta your mind?”

“I’m going to tell Goldie your advice on marriage. I predict you will spend the next twenty years sleeping on that very lumpy couch you own,” Zach said to Ike.

“You are correct, so I’m going to tell Goldie, if you ever mention this conversation to her, that you are a liar and are just getting cold feet about entering into holy matrimony.”

Zach laughed at him. “Ike, she’s going to believe me, not you. You’ll be f*cked, or, should I say, never f*ck again.”

“And to think we used to be good friends. Can you give me a little more retraction, ex-friend?”

They were in the ER, working on a patient who had a peri-rectal abscess. The ORs were full from the aftermath of the Feast of San Gennaro, a religious event that usually turned into multiple shootings and stabbings. Ike decided that, instead of waiting for a nice OR to contaminate with the gallon of pus the drainage of this ass would bring, he’d open it in the ER It didn’t need saying Ike was no one’s friend at this point.

“I think that does it for the time being,” Zach said, stretching his back. “You going to bring him up?”

“Yeah, why don’t you finish your note? I’ll write his orders, and he should be good to go.” Ike paused at the sounds of a very loud patient cursing out someone. “Sh*t, I’ll go see what’s going on.”

“No, you finish this guy. It’s my department and my problem. I’ll see you later, and remember my threat to you about Goldie.”

Zach went out into the main ER area, and found a very large man, shouting almost incoherently. Zach calmly went to the man, making sure he kept looking him in the eyes, and always kept his body in a position where he could jump out of the way if the guy started swinging.

“Hi, I’m Dr. Maxwell,” Zach said with a smile. “Can I help you? You’re scaring all the kids in here. Tell me what the problem is and I’ll try to fix it.”

“You killed me, and then brought me back to life with someone else’s body.”

Well, that was a new one, he thought. Must have seen Frankenstein or read the comic book. “I don’t think we do that at this hospital, but maybe if you can sit down, I can get the information and help find out who did this to you.”

This seemed to make the man angrier. “You’re full of sh*t. You killed me and re-animated me. Now you’ll pay.” With that, he pulled an object from a pocket in his jacket. In an instant, Zach knew he was about to die and dived for the ground, but the man’s shot went wild. Zach looked up, and saw Ike fumbling around in the nurses’ station. Zach sprang up and tried to tackle the man. The man was very strong and managed to stay on his feet.

Ike yelled to Zach, “Brace yourself.”

“What?!” Ike dropped onto the man and pulled out a syringe loaded with a clear liquid. With one lunge, he buried the needle in the man’s neck.

The man screamed, and then croaked, “I’m dying.” He collapsed, dropping his gun, and quickly turning blue.

Ike completed his thought. “Like someone paralyzed. I pushed 120 mg of succinylcholine into him. It was the quickest way I could think of to put him out.”

Zach’s eyes went wide. Succinylcholine was basically curare. Ike had blow-gunned the guy, and he now had about three minutes till brain death. “We got to get this guy intubated double quick.”

“You’re telling me. With our court system, I’ll get the chair for killing him, while if he had killed you, they would have let him out of jail in a year. Let’s get him up on a stretcher.”

“No time, get the tube cart, I’m going to bag him. We’ll tube him on the floor.”

Zach grabbed the BVM mask off the wall and started bagging the guy while the nurse came to help and got an oxygen tank. Ike showed up with the cart, and Zach took a breath to figure out what the best position was to tube this guy. Well, he thought, the paramedics intubated on floors, he could too. He lay down on the floor with his stomach to the ground and called for a laryngoscope. He fumbled, trying to get the hang of the blade at an eye level. Finally, he was able to manipulate the scope, held out his right hand for the tube, and passed it through the cords. He grabbed a syringe from the nurse, blew the balloon up, and then checked placement with end-tidal CO2 device. All was good. In the meantime, Ike had gotten an I.V. in, and had given him Ativan to snow him, and pancuronium so the patient would stay paralyzed while the tube was in.

A crowd had now gathered, including a bunch of NYPD officers with guns drawn. They secured the pistol, which was still on the floor. Hercules and Bullsh*t had, during the action, run down to the ER when they were notified of the situation. “Mudder, mudder, what did you guys do to our ER?” Dr. Moskowitz said, shaking his head.

Zach, whose nerves were strung tight, said, “We were saving lives, like you taught us.”

Moskowitz laughed. “I don’t think I taught you to paralyze a man in self-defense, but what the fuck, good thinking. At least I don’t have a mass casualty event comprising residents, nurses, ancillary personnel, and patients.”

Zach cleared his throat. “Uh, actually it was Ike who thought of it. I was busy trying not to die.”

“Well, you both get credit, though I don’t know what agency it gives you credit for. Let’s just say you have credit in my heart.” Moskowitz smiled.

“Thank you from the bottom of my heart, ex-chief. I take it I can get a free appendectomy for the asking.”

“Sure, we have a new third-year med student who is ready for you. Wears glasses with lenses like the bottom of Coke bottles, also a pronounced hand tremor. He should have that worked up.”

“Okay, it’s your belly pain,” Moskowitz said, his face now serious. “Seriously, good work. You sure about this ER thing, Zach? We’ll take you back, and I’ll square it with Garber.”

“Thanks, Dr. Moskowitz, but I think this is where I belong. Besides, there aren’t many guys here who have surgical experience. Makes it easier for your guys.”

“It’s your life. Don’t make it too easy for my guys. I don’t want them too used to it. Chances are, they won’t have a surgically thinking doctor when they get out in the real world.”

Moskowitz walked away, leaving Zach to try to clean up the mess that had accumulated since the last case. He picked up the next chart and read, “Patient wants alien spores removed from rectum.” Just another day in the ER.

Irv Danesh is an emergency physician and author of Doctor Brooklyn: Love & Life at the End of a Knife.

Medical students and physicians are forever looking to milestones 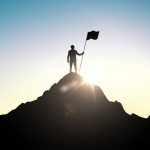 5 anomalies about compensation physicians should know about 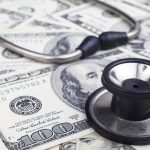