“Dr. Rahman, this is the nurse in OR 12, Dr. H is doing a robotic/laparoscopic hysterectomy. He thinks he’s injured the ureter and is requesting help. Are you available?” I knew what came next was going to be complex — challenging surgically, disruptive to my schedule and potentially risky. I told the nurse that I would be over in about 10 minutes.

Under anesthesia was Michelle C, a 46-year-old African American female who was undergoing a hysterectomy for heavy vaginal bleeding from fibroids. The patient was overweight with a BMI of 48, which made the case more challenging. Dr. H had managed to remove the uterus. The uterus is intimately associated with the urinary system, including the bladder and the ureters, the tubes which bring urine down from the bladder. He had given dye which turns the urine deep yellow/green, noting some spillage of in the pelvis near the bladder and left ureter.

I could see the dye spilling into the field indicating that there had been some injury to the urinary system. I was not sure whether it was the bladder or the very distal part of the left ureter. I then performed a cystoscopy (placing a fiber-optic scope within the bladder), and I did not see any evidence of a bladder tear. I could see urine coming out of the right-sided ureter but did not see urine coming out of the left side. I placed a catheter into the opening of the left ureter and was happy that I did not feel any resistance as it meant that the ureter had not been completely divided.

I could see that the catheter I had placed in the left ureter was indeed exposed, indicating a small tear (1 cm, less than ½ inch). I had a decision to make: I could place a few stitches to fix this tear, or I could divide the ureter, make a new opening in the bladder and resuture it into place. They both had their advantages and disadvantages — suturing it close would be simpler and easier, but the blood supply to the ureter in this region could be tenuous and result in poor healing. Dividing the ureter and reimplanting the ureter would result in better healing, but would require a longer, more complex and tedious surgery, with the added risk of causing indefinite pain in the bladder and kidney when the bladder is full.

After discussing with a few of my urology colleagues, I decided to place a few sutures to close the tear, and then place an indwelling ureteral stent which would stay in for a few weeks, allowing the ureter to heal fully.

Michelle did well and was discharged home the next day. I saw her again six weeks later, and removed her stent in the office uneventfully.

She called the office the next day in a panic, as she was draining fluid from her vagina continuously. She was going through one or two pads per hour. I had her come to the office immediately and confirmed that she was draining urine. I presumed it was from the left ureter, but I wasn’t completely sure where it was coming from.

Back in the OR the same day, I placed a ureteroscope through the opening in her left ureter, saw scar tissue from my previous repair as opposed to healthy pink tissue. There was an open communication through which I passed a wire, which came out through her vagina, confirming what I knew viscerally — she had, indeed, developed a ureterovaginal fistula. I replaced a stent back into the ureter and had a long discussion with Michelle and her family in the recovery room about how I had temporized things by placing a stent, but she was going to need another operation. The ureteral reimplant that I had debated doing at the original surgery.

Three days later, l scheduled Michelle for a robotic-assisted laparoscopic left ureteral reimplant. As we began her surgery, it was obvious that there was previous scarring. Her entire lower colon was draped over her bladder and ureter, obscuring them from the surgical field. Proceeding with the assistance of a colorectal surgeon, I was able to mobilize the colon away and fully visualize the bladder and left ureter, all still robotically. I was able to then divide the ureter just before the fistula and reattach it to the dome of the bladder. Four weeks later, I removed her stent, and she had no recurrences or any urinary leakage, which I confirmed by several phone calls over the next few days. I just saw Michelle for her six-month follow-up recently. Her left kidney looks normal without swelling, and she has only mild pain in her bladder when it is full (just in the morning upon awakening), no incontinence. She leads a full and active life.

There are many valuable lessons derived from Michelle’s story. First, medicine and surgery are human endeavors, fraught with mistakes with mishaps. Split-second decisions have to be made and sometimes need to be revisited. Secondly, excellent surgeons and clinicians aren’t those who’ve never made mistakes, but those who are quick to recognize them, seek help when needed and quick to remedy their mistakes. Dr. H is an excellent GYN oncologist with a great surgical record and experience. He had a tough case and encountered a problem, but sought out help immediately. In hindsight, despite seeking other opinions, reimplanting her ureter at the outset would have prevented Michelle’s second surgery (I would likely do this now if faced with a similar episode). However, I quickly recognized it and was skilled enough to fix the problem quickly with a minimally invasive technique. Thirdly, sometimes success takes a circuitous path rather than a straight line. Despite her ordeal, Michelle’s health is better now than when she started the process, and in the end, that’s what matters most. 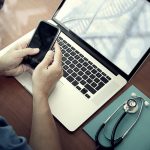 Getting to a minimum viable product (MVP) health care app: Partner with physicians 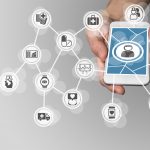