Coffee —”because of the caffeine which it holds,” described Dr. Henry Elsner in a 1911 review article in the journal of Hypertension and Arteriosclerosis — causes “increased rapidity of the heart’s action. It makes the heart irritable, it increases the power of the heart’s contractions, it places an extra load upon the kidneys, increasing the urine flow. Because of these effects, I have for some time held that men beyond 50 who get insufficient exercise or are brain-workers, and children before puberty, cannot with safety to themselves drink coffee.”

One-hundred-seven years later, with the world drinking an estimated 500 billion cups of coffee per year, was Dr. Elsner right? The short answer is an emphatic no.

I’m an internal medicine doctor who loves coffee and hates medical myths that refuse to die, especially if they threaten my beloved morning java ritual (full disclosure: I have my own coffee company). Caffeine is a fantastic drug that can improve alertness, mental performance and focus — and is associated with a dramatic number of positive health benefits. Due to its general stimulatory effects, it is certainly logical to hypothesize that it may also increase the risk for cardiac arrhythmias. But like many other theories in medicine, this one hasn’t panned out. In fact, in multiple prospective and randomized studies, coffee intake is actually protective from cardiac arrhythmias.

Don’t believe me? Let’s look at the data.

In 2011, a longitudinal study was published that followed 130,054 for 17 years. They categorized the subjects into <1 cup, 1-3 cups, 4-6 or > 6 cup per day drinkers. Subjects were monitored until 2008 with over 2 million person years of observation, during which 3,137 persons were diagnosed with arrhythmias.

What they found was quite the contrary to what you’d expect. They observed “an inverse relation of coffee to risk of hospitalization for arrhythmia [my italics], especially supraventricular arrhythmias, that was statistically significant for heavier coffee drinkers (≥4 cups/day). In other words, the more coffee people drank the fewer arrhythmias they had. This was strongest with the 4-6 cup/day drinkers, and consistent in men, women, whites, blacks, and persons of any age, as well as with atrial fibrillation.

This large study was corroborated by another population-based study in Denmark of 57,053 people who were followed for over 13 years and separated into groups based on how much coffee they drank. The incidence of atrial fibrillation was 21 percent lower in the people who drank 6-7 cups per day, as compared to those who did not drink coffee. These associations are interesting, but can be misleading. After all, tall people tend to have big feet, but chopping off their toes doesn’t usually make them shorter.

Ultimately, a placebo-controlled trial is what we really need to test Dr. Elsner’s hypothesis. In Toronto in the early 1990s, a cardiology group did just this, and found no increase in ventricular arrhythmias after giving 300 mg of caffeine (about the equivalent of a ‘Grande’ size at Starbucks). In fact, these arrhythmias were actually more common in the placebo group. They combined these data with a larger study, and after four hours of monitoring, there was no difference in the extra heartbeat (ectopy) rates between the caffeine group and the placebo group.

A group of electrophysiologists took things a step further in a study involving 22 patients with a history of one specific type of arrhythmia called NSVT (non-sustained ventricular tachycardia), giving them 275 mg of caffeine and electrically stimulating their hearts. In these patients “caffeine did not significantly alter inducibility or severity of arrhythmias, suggesting little effect [of coffee] supporting ventricular arrhythmias.” This was confirmed in another randomized study of 80 patients that concluded there was “no significant difference between groups receiving placebo or caffeine on SVT inducibility or the cycle length of induced tachycardias,” and in another New England Journal of Medicine study including 17 people.

Finally, in 1996, a group of cardiologists in Edinburgh published a randomized control trial in the journal Heart. Patients were monitored in a double-blind fashion for six weeks and randomized to one of three groups: caffeine restriction, caffeinated coffee, and decaf coffee and were monitored with weekly serum caffeine concentrations. In the end, there were no significant changes in extra heartbeats during the intervention, to which they concluded: “Caffeine restriction has no role in the management of patients with idiopathic ventricular premature beats.”

I hear your concerns. These are small, isolated studies from the remote past. Well in April of 2018 the Journal for the American College of Cardiology published a review article cleverly titled “Caffeine and Arrhythmias: Time to Grind the Data.” It was written by a group of electrophysiologists, which are physicians that specialize in heart arrhythmias. After reviewing over 60 different studies they stated in no inconclusive terms, that “large-scale population-based studies and randomized controlled trials suggest coffee and tea are safe and may even reduce the incidence of arrhythmia. Although there is no clearly defined threshold for caffeine harm, regular intake of up to 300 mg/day appears to be safe and may even be protective against heart rhythm disorders.”

Despite all this evidence to the contrary, 107 years later more than 80 percent of clinicians still recommend limiting caffeine to patients with palpitations or arrhythmias, just as Dr. Elsner had.

I would argue that that available evidence that exists today refutes Dr Elsner’s hypothesis that coffee causes arrhythmias. If you agree with this assessment, then please share this article with your doctor friends, and help put this medical myth to rest. 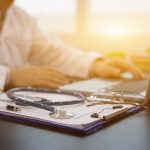 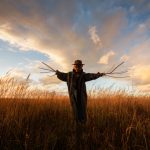