At the age of 17, my younger sister Elisabeth noticed a change in her body — enlargement of the front of her neck. “I just thought I was building muscle from working out,” she innocently rationalized. A series of laboratory tests and imaging followed and led to a much more grave discovery — cancer.

There are days my family will never forget, like the day of my sister’s diagnosis. My older brother Michael and I sat huddled next to her in the hospital bed anxiously awaiting our parents’ return. The doctor spoke with them first at my family’s request. When they finally returned to her hospital room, they had tears in their eyes. This was not good news; my dad almost never cries.
Elisabeth was diagnosed with Hodgkin’s lymphoma, a cancer that affects the lymph nodes. The oncologist said, “If you have to get some type of cancer, this is the one to get.” We did not know how to respond to that. We were told that her five-year survival rate was 90 percent. Combined with our faith, we believed she would persevere. Michael and I dissolved into tears while Elisabeth sat in bed, stoic. She became my hero that day; she seemed so strong. From then on, I chose to be strong for her.

What I interpreted as strength turned out to be fear and confusion for Elisabeth. Her first hospital stay was a whirlwind of chemotherapy and lab draws. Soon she was home with instructions not to attend school for the fall semester of her senior year because of her weakened immune system. Her doctors prescribed GCSF, a daily injection that stimulates white blood cell development after chemotherapy.

When the reality of being home with this diagnosis hit, she refused to take her shot. My parents patiently coached her, “I understand…”, but she cut them off, yelling, “You don’t understand. You have no idea.” She was right. My brother and I tag-teamed, acknowledging the ways that her life would drastically change. Senior year activities and homework would be replaced with infusion appointments and daily shots. We could not relate, but we could empathize.

Elisabeth was determined to live a semi-normal life. Her doctors were often unsure of how to address her demands. She requested to be driven straight from chemotherapy to school basketball games, hiding her nausea and fatigue. She also convinced her doctors to let her attend the homecoming dance. She wore a strapless dress, unafraid to cover the PORT used for chemotherapy infusions and her favorite wig. Her picture from that night is the model of resilience through trying circumstances.

She underwent radiation and returned to school for her final semester. However, her battle was not over. Doctors monitoring for recurrence saw new areas of cancer growth weeks before her graduation. “Just let me graduate, and then I’m all yours.” Her doctors agreed, and while her peers looked ahead to summer and the start of college, Elisabeth prepared for another round of treatment.

That summer culminated in Elisabeth’s first bone marrow transplant, where doctors collected stem cells to deliver back to her after using chemotherapy to wipe out her immune system. Doctors warned that her immune system would take at least a year to be fully functional and that she would have to stay in the hospital, then at home for a long time. She could not be in large crowds for a while. The reality of months of isolation was even harder than cancer itself. Elisabeth is our family’s social butterfly and being alone triggered depression and even thoughts of suicide. My family struggled to respond; warnings from Elisabeth’s friends literally saved her life.

When the doctors lifted her restrictions, her positive outlook returned. Her disorienting experience gave way to a sense of direction. She started studying social services in college, working in group homes for adolescents and imagining a future she thought she had lost.

Yet she lived in denial. She postponed scans out of fear that she would find out that the cancer had returned. Nearly three years after her original diagnosis, we learned that it was back … again.

This time would be different. She would receive a chemotherapy that targeted her lymphoma cells specifically. It would be less toxic, not leading to the typical side effects like hair loss. She then would have a second marrow transplant, but this time from a donor, ideally a relative.

As a family, we huddled around her once again with faith and encouragement, believing she would get through this. My brother and I were tested, with each sibling having a 1/4 chance of being an identical match. I matched perfectly! We counted our blessings. Only about 30 percent of patients find a related donor match. Those who extend their search to the bone marrow registry have variable success. For African Americans, like us, the match rate is only 66 percent.

She and I faced doubts leading up to the transplant. I felt the responsibility of her outcomes weighing on me. Could my bone marrow save her? Was it my fault if it didn’t? Elisabeth struggled with the fear of death. She had been in similar circumstances before. What if it didn’t work? She even stalled on her last radiation session, thinking that if she did not proceed, she would not have to face a possible bad outcome. Across the country from her, I spent the day making a video to celebrate transplant day. I remembered Elisabeth hinting at needing to repay me in some way for my sacrifice. I wanted to relieve her of any pressure; it was a gift without strings. “This is only the beginning,” I said. “Today is the first day of the rest of your life.” That video helped her push through.

November 9, 2012, is known as “Sister Act Day” in our family. Elisabeth, always the one to lighten the mood, called me excitedly as soon as the transplant finished. “You’re in me,” she whispered into her cell phone. Six years later, she no longer has to follow up with her doctors or get repeat scans. She graduated from college and is months away from obtaining a master’s degree in social work. She has a passion for adolescent empowerment with a special interest in reducing the stigma around mental health.

She inspires me daily in my own work with adolescents. I am in my last year of pediatrics residency training and will start specializing in adolescent medicine next year. When I see adolescents with chronic diseases or life-threatening illnesses like cancer, I am reminded of the challenge of balancing being a normal teenager with the demands of medical treatment and appointments.

Many of the teenagers I work with lack the confidence to advocate for their interests as my sister did. One of my patients, an adolescent boy, also was diagnosed with Hodgkin’s lymphoma. During our first conversation, he mentioned that he was graduating in a few weeks, but thought he probably would miss it.

“Let your doctors know,” I encouraged him. “I think they can make it work.” Weeks later, I came across a newspaper article featuring him and describing his experience with cancer. It included a picture of him that brought tears to my eyes: crossing the graduation stage with a feeding tube in his nose and a mullet wig. Yet another face of resilience.

Why it's important to determine who's truly penicillin-allergic 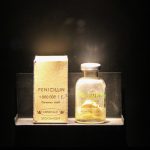 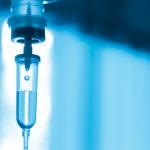 This is what the face of resilience looks like
2 comments