Well, they are calling it the golden age of rectums! The trends are simple and straightforward.

First, Baby Boomers and beyond are aging and staying alive longer. The gut, a hidden culprit behind many ailments, requires continuous maintenance. Colonoscopies, EGDs and ERCPs. These require services of gastroenterologists (GIs) who are always in short supply (14,000 in the U.S.).4

Second, gastroenterology practices are fragmented like hotels were before the Hilton. Regulatory, technological and insurance complexities are weighing GI doctors down. Frustrated with the burden of running practices, many doctors join hospitals and struggle to survive under the thumbs of demanding hospital administrators.

Third, there’s plenty of new money in private equity (PE): $453 billion in 2017. Health care, one of the biggest problems of our times, is attracting PE interest, albeit quietly. Unlike earlier decades when IPOs were the main forms of exits, PE companies can now find exits by selling rolled-up portfolios to larger PE firms. Plus, PE firms tend to follow each other around — more health care investments beget even more health care investments.

Fourth, specialties such as gastroenterology can indeed improve revenues by streamlining billing, negotiating insurance contracts, adding ancillary services and building strong management teams. All of these are possible with consolidation and investments. Given that physician partners don’t usually work together in unison, a third-party facilitator, such as a PE firm, would find it easy to disrupt and consolidate.

The question isn’t about whether PE involvement would be right for gastroenterology or medicine as a whole. It’s too late in the day to ask that question. That train has already left the station.

Given my company’s business, I’m particularly plugged-in to gastroenterology. At a recent GI conference, we noticed that one of the newly consolidated PE-run group even had a booth. I met physician-owners who were courting other doctors to buy or merge practices.

What was more interesting is that they were on the lookout for sophisticated technology solutions. They also were considering experimenting with computer vision to detect polyps (finding polyps is something that GI doctors find routinely do via colonoscopy).

Naturally, I wondered what it’s like for a doctor to work in a PE-run organization versus a hospital or private practice. Like with any large organization, the super groups are run by a small board and a CEO. Decisions are made by the board. A larger (“rubber stamp”) board passed the rules further down. These decisions were rolled out to the army of doctors across the organization.

Someone I chatted with said, “The pros were that they had better insurance contracts.” And what about the cons, I wanted to know. He shrugged, “Well, they will eventually get their way!”

Plenty of mid-sized GI groups I spoke to were still wondering what to do. Expand by merging with other groups? Sell out to a hospital? Be found by a PE firm that’s eager to consolidate? Wait and watch?

I found examples under all models.

A client we work with has been consolidating the market regionally by acquiring solo GI practitioners. A potential client whom we never got around to working with has sold out to the local hospital that wants to create a “state of the art” gastroenterology department. Some entertained PE conversations across several GI groups only to discover in the end that the talks collapsed because the partners wouldn’t see eye-to-eye. Many others were watching from the sidelines.

If you amplify these signals, you’ll surely hear the songs of consolidation.

It’s warming up. The ice is melting … a little quicker now. New rules are forming. No one knows what exactly those rules are — but they are forming anyway. And when they form, the lake will start freezing — again — and stay frozen for a long time. 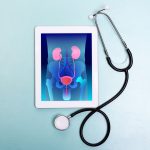 The many benefits of strengthening the primary care workforce 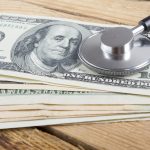