For those of you who have been following my story since this summer of 2018, you will remember that I quit my nine-to-five job to pursue a career in public speaking on a more semi-permanent basis. I started working essentially full-time with a national telemedicine company. I am extremely excited about the opportunity and very satisfied with the options it has given me to stay home — while I complete my executive MBA — as well as spend time with the family, a rare opportunity that I have never had in my entire adult working life of 29 years. I have realized that there is more to life than working for “the man.” I have gotten to know my children again.

For instance, my eldest son, a junior at Stanford University, came home for two weeks this summer, and I was able to spend time with him one-on-one. I got to meet the man that he has become and got to know him on a totally different level. In essence, he left my home almost three years ago as a boy and came home this summer as a man. And I am eternally grateful for the opportunity, but I digress.

Unfortunately, this paper is not about my children and me, it is about the fact that in the last four weeks, with this new and fun experience has come a new revelation that is rather disturbing. The following, are eleven quotes from my telemedicine patients/parents encounters that have recurred pretty much since my days in private practice but more so in the past few weeks.

“Hello, doctor, my son has had a fever for four days now, is there a way we can get an antibiotic for that, please? Thank you.”

“Ma’am, I know my body very well, and I know that when I get like this, the only thing that fixes it is an antibiotic”

“Her cough is really deep, and she has greenish-yellow mucus, I think she needs an antibiotic.”

“My children have been running fevers off and on for about three days now, the last time they were like this, the other doctor gave us an antibiotic, and it worked, can we have it again this time?”

“All the other doctors we have spoken to have given us antibiotics I don’t understand why you won’t.”

“Are you saying you’re not going to treat my child?”

“… and what if his stomach doesn’t get better in two days, does he now get an antibiotic at that time?”

“So, how long does he continue to cough before he gets an antibiotic?”

“Can my little girl get an antibiotic for a pink eye? I know it’s a virus, but I feel like an antibiotic will help, it did the last time.”

“Sir, simply look back at our records, you will see that she gets antibiotics every time she has a ‘sinus infection,’ that is the only thing that works for her when she gets like this.”

As doctors, we all know that antibiotics are good, but they can also cause life-threatening problems when used recklessly, or when used excessively. However, in my opinion, I do not believe that we have done our due diligence of educating our patients and their parents appropriately to this point, hence their constant reliance on antibiotics for improvement of symptoms regardless of etiology. Even if we have done a fair enough job so far, I believe there’s a need for persistence and insistence on the daily teaching of ourselves, our mid levels, our patients, trainee residents, and the entire medical team about the dangers of antibiotics and, especially, the dangers of their over-prescription. At this point, I feel like we have to proceed with reminding ourselves — one doctor at a time; one trainee at a time; one pharmacist at a time; and one mid-level provider at a time — about the need for hyper-vigilance in this matter. I dare add a quick reminder that Sir Alexander Fleming said:

The greatest possibility of evil in self-medication with penicillin is the use of too-small doses, so that instead of clearing up the infection, the microbes are educated to resist penicillin and a host of penicillin-fast organisms is bred out which can be passed onto others until they reach someone who gets a septicemia or pneumonia which penicillin cannot save. In such a case the thoughtless person playing with Penicillin treatment is morally responsible for the death of the man who finally succumbs to infection with the penicillin-resistant organism. I hope this evil can be averted.

In a recent article published by the Journal of Antimicrobial Chemotherapy titled “Antibiotic treatments and use in hospitals and long-term care facilities,” it was observed that 30 percent to 50 percent of antibiotics prescribed in hospitals are unnecessary or inappropriate.” That underscores our own contribution to the situation. In that article, they refer to the term “antibiotic stewardship” as a process of evaluation and optimization of antibiotic use. It is being increasingly promoted as a means to reduce antibiotic resistance, adverse events, treatment complications and costs within institutions. Unfortunately for practicing physicians, the recent WIRED article from March 2018 titled “The Yelping of the American Doctor” by Maryn Mckenna, indicates that two-million Americans are sick yearly from antibiotic related issues, and calls out doctors as being part of the problem, when we write antibiotics for viral infections and or we give low-doses, the wrong dose, the wrong directions for use, or the wrong antibiotics for the ailments. It further points out that all of these factors contribute to the patient being sick, and developing antibiotic resistance and that antibiotic resistance costs the U.S. 2.2 billion dollars in medical expenses yearly. Pressure and fear of bad online patient satisfaction scores are the main reason given by doctors that were surveyed for writing unnecessary antibiotics, as evidenced by the just-released NPR article titled “Patients Give Doctors High Marks for Prescribing Antibiotics for Common Sniffles” which notes that patients felt more satisfied with their doctors’ visits when they received antibiotics for upper respiratory tract infections — whether they needed it or not. As a result, doctors are now writing prescriptions for the patients who for the most part do not know what they’re asking for or why. Some of the other reasons cited include physician fatigue at the end of the workday and “just-in-case” situations like those that arise at the urgent care settings or with a new patient in the office.

The struggle is real for us doctors. One time I found myself arguing with the patient’s mother on the phone, who according to her, knows her child’s body and knows that “only an antibiotic would fix the problem.” She really got upset because I essentially refused to give her 17-year-old daughter an antibiotic prescription for a maternally diagnosed “sinus infection” after four days of symptoms of nasal congestion and cough. She challenged me and actually threatened to lodge a complaint against me, to which I gingerly informed her that I would be glad to do the same, and I did. I stood my ground and refused to give her what she wanted, prompting her to declare that she would simply call back and get another doctor and she would get her way!

Finally, in honor of the United States antibiotic awareness week coming up November 12th to 18th, 2018, I am writing this piece as a gentle reminder to each one of us to remember our “why,” to educate the patients repeatedly until it sticks … and never tire in doing so.

Sometimes it might be necessary to be firm and insist on doing what is right in order to practice good medicine. And if all else fails, always remember that you have never seen a client tell his defense attorney how to represent him in court, our patients should neither be telling us how to treat them, nor threatening us, nor grading us based on antibiotic prescriptions. 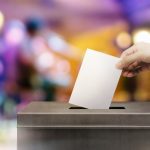 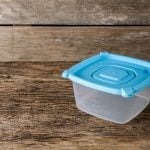