Back when cholesterol target numbers ruled unopposed (before 2013), we all checked fasting lipids every three months. Before 2012, we also checked liver function quarterly in hapless riders on the cholesterol pill merry-go-round. That year the FDA announced there had not been enough reports of statin-induced liver problems to recommend routine monitoring.

I have many colleagues who still do this, and who also routinely monitor routine labs quarterly or even more often on patients on blood pressure pills and sometimes even in the absence of high-risk medications, “just in case.”

For patients on the traditional blood thinner, warfarin, many colleagues monitor blood work on an almost weekly basis, and home-testing requires weekly testing to be reimbursed.

There is a problem with 1) doing blood tests often and 2) paying close attention to those numbers.

I liken this to driving your car in a snowstorm with your high beams on. When you do this, you see way too many distracting snowflakes immediately ahead of you, and not enough of the road further ahead, to see where you are going.

This myopic arrangement tempts you to overcorrect your steering wheel angle; the road suddenly appears to curve in either direction and you assume you are entering a major curve, but it is just a slight wiggle in an essentially straight roadway. This could make you drive into the ditch.

The healthy way to drive in a snowstorm is to turn off the high beams and paradoxically see further ahead by not emphasizing all the snowflakes just ahead of the car hood. There is less detail in this view but a better sense of the general direction of the road.

Doctors overcorrect too often. Warfarin dosing is a common and frightening example. Over the years I have often seen the practice of ordering based on only the current dose and the current PT/INR value.

Say the INR is 1.5 (should be 2 to 3) on 5 mg of warfarin. The doctor orders 7.5 mg daily without seeing that two months ago when the patient was given that dose, the INR shot up to 3.9. Even electronic medical records sometimes display the current value (and/or the place to order and “sign off” on it) in a whole different area from where we see historical values and dosing (Any reference to Greenway or eClinicalWorks here is purely coincidental). This causes a risk for overcorrection very much like my winter driving example.

The same thing happens with all kinds of laboratory parameters. Recently I saw a man who periodically had to take a diarrhea-inducing drug to treat high serum potassium. His kidney function is mildly reduced. After a lot of detective work, going back over bloodwork and medication orders two years back, I saw that a colleague had stopped the patient’s fluid/blood pressure medication, hydrochlorothiazide, one day when the kidney number jumped up a little. That medicine wastes potassium. Ever since, there had been incidents of high potassium, causing physician worry and subsequent emergency prescriptions for the diarrhea-causing rescue medication.

Looking back and forth in time, I realized that the patient’s kidney numbers had fluctuated in the same range two years before and two years after the stopping of the fluid pill. I restarted it and didn’t expect to have to fuss with high potassiums again. I believe this was another case of myopic laboratory analysis.

Some amount of testing is necessary, for example after starting a new medication like lisinopril, to make sure the kidneys tolerate it (people with poor blood flow to the kidneys don’t handle this medication well), but there has to be limits to how paranoid we continue to be about the medicines we prescribe for bread and butter medical problems; if ordinary drugs are that scary, should we even be using them?

3 things physicians can learn from politicians 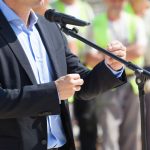 The surprising people who inspire 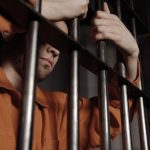