An excerpt from Wrongful Deaths.

“We will name Memorial Hospital, Dr. Julie Stone, Dr. Vijay Gupta, and ICU nurse Tracy Miller in a malpractice suit involving the wrongful death of Ivy Jackson.” Venjer appeared apologetic. “But Dr. Torrins is correct. It is early, and we will pursue all the facts and revisit our plans in due course.” He closed his file. “That’s all I have for now.”

He put the file in his briefcase. He began to stand, then sat back and raised a finger.

“Excuse me, one last thing if I may. Dr. Cody, you saw the deceased before she was admitted to the ICU, correct?”

“When you cared for her in the ER, it was hours before she passed. I’m sure when you learned of her death, it saddened you.” His tone and manner broadcast sympathy. “I’ve been around enough to know that a patient’s death, especially a young patient in tragic circumstances, devastates caregivers. It had to be rough.” He seemed to genuinely empathize. What he’d said was true.

Clete Venjer was an attorney. He was doing his job. He was not responsible for the messed-up malpractice system. He’d been nothing but respectful and classy.

“Actually, Dr. Cody,” Venjer said, “I understand you saved her life and that of her baby.”

“The paramedics saved her,” Drake said. “I was part of the team that cared for her when they brought her to the ER.”

“You’re being modest.” The attorney smiled. “You managed the complicated delivery of her premature baby and got him safely to the neonatal intensive care unit. Then you stabilized her multiple problems and transferred her to the ICU. That’s true, isn’t it?”

He glanced at Torrins, whose eyes flashed a warning. Drake remembered the hospital risk management attorney’s cautions to the earlier doctors. Answer the questions but volunteer nothing more.

“Yes. We delivered the infant and transferred the mother to the ICU.”

“The record shows that you administered drugs to manage the overdose, delivered the baby and the placenta, gave fluids, and began to transfuse blood, all within fifteen minutes.”

“Yes. The ER team accomplished those things.” If it’s in the record, why is he asking me?

“The documents show the baby was successfully transferred to the neonatal care unit and the placenta was delivered. The mother responded to your treatment of her overdose, and her vital signs and bleeding greatly improved before she was transferred to the ICU. I suspect you, er, your team felt good about the care provided.”

They had felt good. Damn good. It was what they were all about. Paramedics, nurses, techs, doctors and the other members of the emergency care team had worked together to save lives. Why is he asking this?

“Personally, I’m very impressed with what you did.” Venjer paused, then shook his head. “But hours later, something went horribly wrong.” His voice quavered. “A young mother lost her life.”

The hollowness of the tragedy gripped Drake.

It seemed Venjer also cared. He definitely did not fit the stereotype of a greedy ambulance chaser.

“One last thing, Dr. Cody. Thanks for bearing with me. You got the baby delivered, the afterbirth followed, and then your obstetrical colleague arrived in the ER.” He paused. “Is that what happened?”

Was that one question or three? Is he trying to get me to support his claim against Julie?

“I see.” Venjer’s brows knitted. He paused, then gently shook his head. He turned to the CEO, the attorneys, and Jim Torrins. Last, he looked at Drake, his expression sad.

“I apologize to all, but I must amend my earlier statement.” He nodded to the stenographer. “In the spirit of transparency and cooperation initiated by CEO Kline, I have to make a correction. Within the last several hours, I received confirmation of a pertinent medical finding.” He shook his head. “One might say a most unfortunate finding.” His hound dog eyes scanned the group, then rested on Drake.

“I regret to inform you that we will be adding Dr. Drake Cody to the malpractice suit involving the wrongful case death of Ivy Jackson.

The floor gave way under Drake. What? Had he misheard?

“Dr. Cody acknowledges he oversaw delivery of the placenta and, per the record, he examined it.”

The attorney gave a big sigh, then opened his briefcase and took out a single sheet of paper.

“This is pathology report on specimen C2984, identified as the placental tissue of the birth-mother Ivy Jackson. I’ll quote the significant element: “Placental tissue weighs 0.46 kilograms. The specimen is not intact. Examination confirms disruption and separation of tissue, with an unknown amount of placental tissue absent. Clinical correlation advised.”

Venjer set the report down. The room was silent.

“As the physicians here know,” Venjer said in a voice just above a whisper, “retained placental material is a well-documented possible trigger for disseminated intravascular coagulation and runaway bleeding. If the incomplete placenta had been recognized in the ER or thereafter, steps could have been taken to address the retained placenta, and Ms. Jackson would be alive today.” He paused, his head bent.

“Id ergo est. The thing explains itself,” he said. “Dr. Drake Cody’s failure to recognize the possible presence of retained placenta was negligent and a proximate cause of Ivy Jackson’s wrongful death. His treatment of her did not meet the standard of care and she suffered damages, in fact the ultimate damage, because of his failure. This is the definition of malpractice.” Venjer raised his head, looked at Drake, and laid his hands flat on the table. “I am truly sorry, Dr. Cody.”

A high-pitched keening filled Drake’s ears. He fought for air, feeling as if he’d been kicked in the head. He tried to maintain his outward appearance while inside he collapsed like the walls of a dynamited building.

Tom Combs is an emergency physician and author of Wrongful Deaths. He can be reached at his self-titled site, Tom Combs. 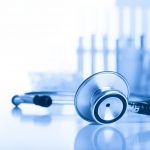 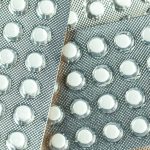 A proximate cause of wrongful death
4 comments