I was browsing the internet one day and came across a photo of a group of women who appeared educated and influential. They were wearing blue T-shirts with claims that vaccines cause autoimmune diseases, seizures, ADHD or attention deficit hyperactivity disorder, learning disabilities, death, autism, sudden infant death syndrome and infertility.

I couldn’t help but laugh at them! I shared this photo on my Facebook page. To my surprise, one of my educated friends shared her concern about vaccinations and declared that she had withheld immunization from her own children. I decided to write this paper for young women like my friend who are concerned about the well-being and safety of their children. Their decision to not vaccinate their children is driven by fear and misinformation.

Autoimmune diseases of hyperthyroidism, hypothyroidism, lupus, rheumatoid arthritis, Addison’s disease, type 1 diabetes, and pernicious anemia are linked to genetic abnormalities. Seizures are caused by fever, electrolyte imbalance; some are triggered by past strokes. Learning disabilities can be related to neurological and psychiatric issues. SIDS etiology remains elusive and cannot be explained by an infant’s vaccinated status. It’s apparent, these ladies are afraid of the serious diseases, they don’t scientifically understand them, and have decided to scapegoat vaccinations.

One of my old high school friends recently sent me a message through Facebook to let me know that her 20-year-old nephew was battling for his life in the ICU. A week later he died. Tetanus is a life-threatening but preventable disease. Tetanus cases have declined more than 95 percent and deaths from tetanus have declined more than 99 percent in the United States since 1947 thanks to vaccination! Tetanus is a miserable disease with 13.2 percent mortality rate. There are approximately 30 cases of tetanus reported in the United States. They invariably occur in people who are not vaccinated.

The aim of vaccination is to trigger the immune response in the human body to protect it from disease-causing microorganisms. Vaccines do carry risk for certain side effects. The benefits of vaccinations outweigh their side effects. Vaccinations prevent children and adults from serious, deadly diseases such as whooping cough, diphtheria, tetanus, polio, measles, and meningitis with high burdens of morbidity and mortality.

It appears some younger generations of Americans are quite oblivious to the serious diseases that are prevented by systemic vaccination of the public. Since most of them were vaccinated themselves, they almost never witness anyone suffering from these horrible diseases.

I was born and spent my youth in Pakistan. I observed people suffering from these serious infectious diseases few Americans have seen in four generations. My youngest sister suffered from diphtheria requiring hospitalization. She almost died. The middle sister suffered from a severe case of meningitis. All of us had whooping cough as small children. It was miserable, and we barely survived. One of our siblings died of SIDS before receiving any immunization at all. We had friends who suffered from lifelong deformities due to a polio infection. They could barely walk straight even after multiple surgeries. As a medical student in Pakistan, I observed firsthand how lack of preventive medicine such as childhood vaccinations affected local communities.

As a child, I remember running scared all over the house trying to escape the smallpox vaccine injection. I still have a scar on my left upper arm underneath the tuberculosis vaccine scar. I am thankful to my parents for vaccinating me. Smallpox is a serious viral infection that can kill 30 percent of affected people. Two of my maternal uncles developed smallpox; one of them died and the other one still has scars all over his face.

The smallpox vaccine is less safe than other vaccines routinely used today. It is associated with several adverse effects including fever, muscle aches, fatigue, nausea, rash, and headaches. The risk of dying with smallpox vaccine is one in 1 million people. However, the chances of acquiring a potentially lethal disease with risk of spreading the infection are much greater than the dangers of the side effect profile.

The subject of preventive vaccination technology is vast, and there are no single answers for all patients. However, there are clear bodies of well-established evidence we can take as solid proof of normal guidelines for a majority of healthy humans. For centuries, every community everywhere had disabled citizens everyone knew had been cut down to that condition by polio. Polio struck fear in the heart of every parent and child. When Dr. Salk developed the polio vaccine in 1952, he understood that, next to the threat of nuclear war, polio was the worst fear Americans faced. According to a 1991 report on polio in the FDA Consumer, “Of nearly 58,000 cases reported in 1952, 3,145 people died, and 21,269 were left with mild to disabling paralysis, with most of its victims being children.” Salk was so moved to make this vaccination available, he refused to claim a patent on it, thus not profiting a penny from helping eradicate the most feared disease in American history. The American public took to the vaccination campaign with gusto, and most of the nation was immunized within a decade. But it was not until 1994 that the World Health Organization declared the United States to be free of polio, the dreaded killing, crippling disease that put Franklin D. Roosevelt in a wheelchair and created the March of Dimes.

The Spanish flu pandemic of 1918, the deadliest in history, infected an estimated 500 million people worldwide and killed an estimated 20 million to 50 million victims, including approximately 675,000 Americans.

In a patient with a severe allergic reaction to flu vaccine may not be administered a flu vaccine again. But, this advice will not apply to other vaccines for this individual let alone become a basis for some generalized recommendation for everyone. To spread misinformation about life-saving, proven medical technology over mass media to frighten parents into withholding vaccinations from their vulnerable children is irresponsible, to say the least.

Lubna Mirza is an endocrinologist. 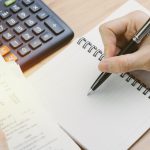 I learned how to be a good doctor in theater school 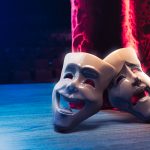