I am a huge fan of Britain’s National Health Service (NHS), but probably not for the reasons many people might assume. It’s not because it’s “socialist” (a horribly inaccurate description), or that it’s nationalized, or anything like that. I’m a huge fan because somehow the people of Britain have developed the courage to talk about health care using very adult language. In the U.S., we can rarely progress beyond the equivalent of screaming toddler fits.

The British economy took a larger hit from the recession of 2008-9 than much of the rest of the world. Irrational exuberance apparently crossed the Atlantic and took root in the London financial markets. The NHS has been under the reality of “austerity” ever since (read tax hikes and budget cuts). No one is happy about the situation, but they soldier on discussing their options and trying to continue to do what the U.S. can’t: deliver the best care possible living within the realities of fixed budgets.

That’s why the BMJ has articles that use the word “rationing” in them, as do some newspaper articles in the mainstream press. The NHS is rejecting requests for hip and knee replacement surgeries that are deemed to be more marginally indicated, as well as procedures deemed to be ineffective (such as trimming up frayed menisci in arthritic knees).

Just imagine what an American reporter would do with a story of a handsome elderly man, wishing to run more marathons, who complains that Medicare denied a knee surgery his orthopedic surgeon recommended. The bottom line that the surgery is actually worthless, according to good clinical trials, would never reach the screen, the reporter instead relying on testimonials from other patients who claim the procedure got them their life back.

Unfortunately, American politics and the media continue to devolve farther and farther away from adult conversations about difficult issues. I commend my British colleagues for showing us that human psychology and public discourse still allow for making difficult decisions at the national level, where public institutions have to live within their means.

Maybe one day, we could get a bunch of British physicians and their patients to perform at Shea Stadium. Maybe that would be the catalyst to awake the Americans to the innovations coming from the other side of the pond. A boy can dream!

Keep calm and ration on.

Don't watch too much financial news 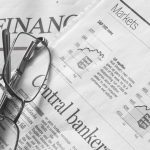 The phone calls physicians make in the middle of the night 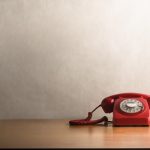 The British are unafraid to talk about rationing. That’s something to admire.
10 comments