Yes, I’m dating myself by going back 50 years.  But mine is the generation that often becomes obsessed with being given “the finger” by doctors for digital rectal exams (DRE) looking for prostate cancer.

And it is in that context that we propose to revive The Flying Fickle Finger of Fate award.  It could be awarded to prostate cancer screening promotions that deliver a new Laugh-In about prostate exams. While they are funny, it is no joke that they fail to educate men about the evidence that raises important questions about the DRE.  The following is what you will not learn in these promotional campaigns.

We suggest not performing digital rectal examination (DRE) for prostate cancer screening either alone or in combination with prostate-specific antigen (PSA) screening. Although DRE has long been used to diagnose prostate cancer, no controlled studies have shown a reduction in the morbidity or mortality of prostate cancer when detected by DRE at any age.

There are inherent limitations to the DRE. It can detect palpable abnormalities in the (areas) of the prostate gland where the majority of cancers arise; however, other areas of the prostate where cancer occurs are not reachable by a finger examination. Furthermore, the majority of cancers detected by DRE alone are clinically or pathologically advanced, and (early) stage T1 prostate cancers are nonpalpable by definition.

…there is no high-level evidence that DRE screening improves survival outcomes.

The author of that analysis is Richard Hoffman, MD, MPH, the director of the Division of General Internal Medicine at the University of Iowa Carver College of Medicine.  He wrote to me, “Even the American Urological Association, whose members are probably most adept at performing DREs, admits that evidence is insufficient to justify using DRE as a first-line screening test.”

A systematic review and meta-analysis of the evidence published in the Annals of Family Medicine this year concluded: “Given the considerable lack of evidence supporting its efficacy, we recommend against routine performance of DRE to screen for prostate cancer in the primary care setting.”

After years of going through the perfunctory DRE from my own doctor, I finally challenged him about the evidence.  That was a couple of years ago.  He hasn’t put the glove on to give me the finger ever since.

Mike Rowe, TV host of Dirty Jobs (no comment), probably had good intentions when he taped a prostate awareness public service announcement. But the end result is no public service because it is filled with misinformation. It features Rowe getting a DRE from his own doctor. In the video, Rowe states that with early detection, the five-year survival rate for prostate cancer is nearly 100 percent. We’ve written about how such five-year survival rate stats are often misleading. Nearly 100%? I recall one observer saying about such a statistic, “Hmmm. Almost as if it’s not a cancer.”  Indeed, early detection with a PSA blood test – also discussed in the video – may mean finding something that would never harm a man in his lifetime but would still end up being treated. So if you’re detecting many things that won’t cause harm, the five-year survival rate is bound to look pretty impressive. Rowe’s doctor delivers concise, catchy, but totally misleading comments about the only two reasons why you should not do a DRE.  “One, the doctor doesn’t have a finger,” he says.  “And the other is if the patient doesn’t have a rectum.”  Yuck it up, then look it up to see evidence-based reasons why you may not want to have a DRE. Rowe compounds the problem by telling men they have “no excuse” not to get a DRE.  That kind of heavy-handed blame game is often employed in screening promotions.  It’s a wrong-headed approach.  Dr. Hoffman wrote to me: “Missing from the amusing video is the part where the doctor tells the patient that getting screened for prostate cancer is not a slam dunk decision.  There are benefits—and harms—to screening and men should be helped to make informed decisions that best reflect their values and preferences.”  In other words, a fully-informed shared decision making discussion between patient and physician is needed, not a “no excuse” mandate. 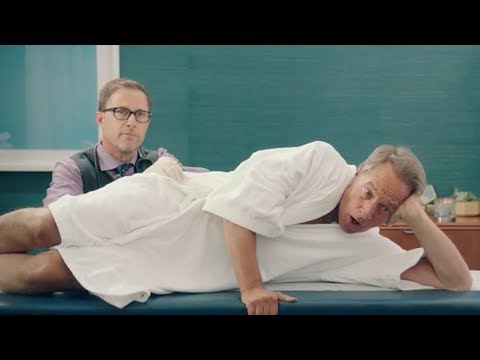 Such campaigns are giving you the finger

In the end (no puns intended throughout), these campaigns do a disservice to uninformed men.  They generate laughs but present no evidence.  It’s an absurd way to conduct an awareness campaign.  It may raise awareness of the comical creativity of an advertising agency but does nothing to deliver the facts that men need to make an informed decision.

They’ve given you the finger, guys.  You can fight back by arming yourself with knowledge of the evidence. We’ve provided some highlights above. It doesn’t require a PhD to understand what the science shows and what it doesn’t.  If you still choose to pursue the DRE or the PSA blood test, more power to you.  At least you won’t be swayed by a rah-rah, single-minded promotional campaign on behalf of special interests who stand to gain by your business and by further fundraising. 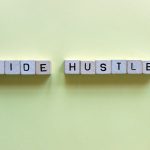 We can do a better job with hospital discharge paperwork 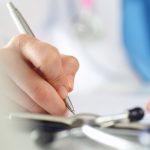