I saw two patients with a chief complaint of bubbles in their urine this month.

One middle-aged woman had eaten some wild mushrooms she was pretty sure she had identified correctly, but once her urine turned bubbly a few days later, she came in to make sure her kidneys were OK.

Even though she was feeling quite well, they were not, and she ended up going straight to Cityside hospital for IV fluids, a kidney biopsy, and dialysis. We don’t know yet how much her kidney function will recover and we still don’t know if the mushrooms had anything to do with it.

I saw her in followup the other day, and she was taking everything in stride, showing more curiosity than fear and despair.

The other, a woman in her thirties, came in for sudden swelling of her ankles. She mentioned her urine had been bubbly for months. She had Googled her symptoms and was convinced she had either acute kidney or heart failure. She felt weak.

Her review of systems had several positives, including joint pain. Specifically, one knee had been swollen and painful for a while.

“Have you taken any ibuprofen or naproxen for your knee?” I asked.

“Nonsteroidals can cause sodium and fluid retention,” I explained.

Her cardiovascular exam was normal.

Because of her obvious anxiety, I minimized the EMR on my computer screen and googled “leg edema NSAIDs” and showed her that Dr. Google agreed with me that this was a plausible explanation.

“The problem with Google is that it displays possible diagnoses without ranking their probability. Exotic things may rank higher because more people look them up,” I explained.

She understood but was visibly not reassured. She did agree to hold the ibuprofen for a while to see if her swelling resolved and to get some lab work to check her kidney function.

So far, I know that her kidney function is perfectly normal. We’ll see if her swelling goes away and stays away.

I didn’t tell her that I once had a woman about her age come in one December day with just a little ankle swelling and, ten years later, ended up with a heart transplant.

As I told another patient the other day, it is my job, and not the patient’s to think of the worst-case scenarios. 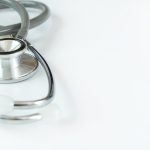 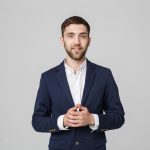