An excerpt from Prescription for Bankruptcy: A doctor’s perspective on America’s failing health care system and how we can fix it.

Many years ago, while I was involved in developing the pre-hospital emergency medical care system in Massachusetts, I went with a group to meet with the then-president of Blue Cross Blue Shield of Massachusetts, John Larkin Thompson. We were ushered into a magnificent office, larger than any I had seen in the state offices or hospitals where I worked. I was taken aback to find that this was not Mr. Thompson’s office, but that of his secretary! We were soon shown into the office of the Great Man himself, and one could barely see him at the far end of his office. Plush carpet made our approach to his desk soundless, and the furnishings would not have been out of place in the Presidential Suite at the Ritz. I realized, of course, that all of this was paid for by our health insurance premiums. I also realized that this magnificent suite of offices benefitted only its occupants. It certainly added no value for its subscribers.

The idea behind insurance is in essence a simple one: share risk among many people so that an illness or accident does not ruin any one person or family. The original health insurance cooperatives functioned in this way and were quite affordable. Insurance per se shares the risk but adds no value and should not carry a large overhead of its own — but in the United States it clearly does.

Current American health insurance companies have dramatically changed from their original intent. Many are investor-owned and have profit rather than public service as their driving force. Until the passage of the Affordable Care Act, millions of Americans were denied health insurance coverage because of “pre-existing conditions,” which insurers applied very broadly at times. In some cases, insurers refused to insure very tall people, or people with a complicated family medical history or a hazardous occupation.

Health insurers are notorious for trying to “cherry pick” healthier people to enroll. I have noticed, as Medicare Advantage plans send me fliers, that a commonly touted benefit is discounted gym memberships. This is not of great interest to frail elders with multiple diseases, but it is a draw for the healthy elders the plans want to enroll. Insurance representatives are known to recruit seniors at square dances and other spots where healthy, active potential enrollees gather. I heard of a plan that had its enrollment center on the third floor of a building with no elevator.  Only those who can climb two flights of stairs need apply!

While the direct cost attributed to health insurance companies is about 12 percent, the total costs attributed to our insurance system are more than double this figure. Administrative costs (i.e., billing and collection, claims review, prior authorization for tests and treatments, etc.) make up approximately 25 percent of the U.S. health care bill, vastly higher than in any other country. The US has legions of people employed in the health care sector who add nothing of value to patients: medical coders, billing clerks, claims adjustors, drug purchasing agents, medical device brokers, etc. Duke University Hospital, with 900 beds, employs 1,500 billing clerks. The Montreal General Hospital, a teaching hospital of comparable size, employs fewer than 10. A study published in the Journal of the American Medical Association in February 2018 calculated that the cost to the doctor or hospital of billing and insurance-related activities ranged from $20.49 for a primary care visit (which is 15 percent of the total charge) to $215.10 for an inpatient surgical admission. While other industries typically employ 100 full-time-equivalents to collect $1 billion in goods or services, health care employs 770 full-time-equivalents to collect every $1 billion in physician services. The process of moving money from payers to hospitals and doctors consumes an estimated $50 billion annually.

In addition to collecting premiums and paying for charges, much of what insurance companies do, beyond managing their investment portfolios, is “make work” that does not help patients. Every doctor gets reams of faxes and emails pointing out things they already know about their patients, and often must spend time responding to these communications, an activity that adds to physician burn-out and rarely if ever helps their patients. Insurance companies have different requirements for submitting and processing claims, making it impossible for individual practices or hospitals to submit their bills efficiently. Insurers have different “formularies” that list which medicines they will pay for with lower patient co-pays, or even pay for at all. The differing formularies mean that doctors must choose between spending time up front figuring out which of several equivalent drugs they can prescribe for a patient, or spending time later dealing with phone calls from the pharmacy. The typical pharmacy call tells you that the medicine you prescribed will cost your patient $50 per month, while a nearly identical one will cost $25 per month. (Not to mention that formularies often change with the calendar, so that a preferred drug in December becomes a high co-pay drug in January and the process starts all over!)

Insurance companies are very skilled at erecting barriers to care, including pre-authorizations and denials of needed care, which require doctors and hospitals to spend time and money on paperwork that adds enormously to doctors’ stress, but does not improve anyone’s health. Very telling, and not a surprise to anyone on the front lines of care, was the recent news item about an Aetna medical director who admitted under oath that he rarely if ever reviewed patients’ medical records before denying coverage of care. I have sat in my office and listened while my secretary answered numerous, pointless questions asked by a clerk with no medical background who is simply going down a lengthy and largely irrelevant checklist. A study found that 12.6 percent of physicians’ charges are initially denied, but that 81 percent of these are later paid — but at the cost of enormous amounts of time spent by doctors and practice staff. An AMA survey in 2018 of 1,000 physicians found that 92 percent felt that prior authorization programs delay access to care, with 78 percent saying that prior authorization causes some patients to abandon recommended tests or treatments.

Maddeningly, 30 percent said they had waited three or more days to get a decision from the insurance company. If these programs truly focused only on preventing unneeded tests, one could argue their benefit; but my experience is that expensive testing, whether indicated or not, is routinely denied. In all my years in practice, I almost never had a test or procedure that I strongly felt the patient needed refused in the end, but I often came close to throwing the telephone at the wall as I navigated the insurance bureaucracy to get approval. The underlying theory seems to be that if the process is made onerous enough, some physicians will give up trying and the insurance company will save money.

Boston psychiatrist Elissa Ely had an op-ed piece in the Boston Globe that touched a nerve for most practitioners. She wanted to prescribe a drug for one of her patients that was “off-label,” meaning it was not FDA-approved for the purpose she intended to use it for, but had ample data showing it worked. The out-of-pocket cost for this generic drug would have been $23 per month, too much for her indigent patient to afford. Dr. Ely spent many days and many phone calls navigating the insurance maze, and finally, miracle of miracles, was told the medical director (to whom she had not been allowed to speak) had approved its coverage. Since this was an “over-ride,” the patient’s co-pay for the medication would be $90 per month!

Evening eating: Are you a "light" eater? 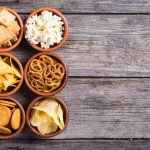 At the top of patients’ wish lists: price transparency 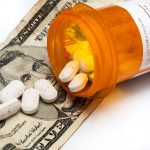 How health insurance contributes to our failing system
4 comments