Influenza is the leading cause of vaccine-preventable deaths in the United States. Influenza also tops the list of the burden of disease and disability-adjusted life years (DALYs) according to a Eurosurveillance article.

The flu is more likely to cause severe illness and harm pregnant women as compared to women who are not pregnant. Changes in the immune system, heart, and lungs during pregnancy make pregnant women (including women up to two weeks following childbirth) more susceptible to severe illness from flu, including illness that directly results in hospitalization. Pregnant women with influenza also have a higher risk of serious problems developing with their unborn baby, including premature labor and delivery. The strategy of vaccinating women during pregnancy is a research-backed strategy for protecting newborns who are too young to be vaccinated.

A new study found that flu vaccination during pregnancy can reduce a woman’s chance of severe illness — enough to require hospitalization — by 40%. The findings come from a multi-country study supported by the US Centers for Disease Control and Prevention (CDC) published in Clinical Infectious Diseases. Studies conducted in the past have shown that a flu vaccine can reduce a pregnant woman’s risk of flu illness, but this is the first study to demonstrate that flu vaccination protected pregnant women against hospitalization due to influenza.

In this study, which analyzed data from over 2 million pregnant women, the US CDC collaborated with several other public health agencies and health care systems in Australia, Canada (Alberta and Ontario), Israel, and the United States (California, Oregon, and Washington) through the Pregnancy Influenza Vaccine Effectiveness Network (PREVENT), a global consortium with integrated laboratory, medical, and vaccination records. Sites examined medical records of women pregnant from 2010 through 2016 to identify those who were hospitalized with laboratory-confirmed flu.

Overall, 13% of women who tested positive for flu were vaccinated, compared with 22% of those who tested negative—highlighting overall vaccine effectiveness of 40% (95% confidence interval, 12% to 59%). Their findings were consistent through early, peak, and late parts of flu seasons and were similar for women with and without other high-risk medical conditions.

“A lot of women are really scared to get anything during their pregnancy, so they’re afraid to get vaccines,” said co-author Jeffrey Kwong, MD MSc from Public Health Ontario. “But women who are pregnant are more likely to be hospitalized if they get influenza.” Allison Naleway, PhD, study co-author from Kaiser Permanente Center for Health Research, said: “This study’s findings underscore the fact that there is a simple, yet impactful way to reduce the possibility of complications from flu during pregnancy: Get a flu shot.” Mark Thompson, PhD, study co-author and epidemiologist in the CDC’s influenza division, said: “Our study found that flu vaccination worked equally well for women in any trimester and even reduced the risk of being sick with influenza during delivery.”

Previous studies into the effectiveness of flu vaccines for pregnant women showed that the protection for moms-to-be and their babies is substantial and lasts for months. The benefits of vaccinating women against flu during pregnancy extend beyond influenza to protecting young infants against acute respiratory infections from bacterial causes. In a previous study in South Africa reported in Clinical Infectious Diseases, flu vaccination of pregnant women was shown to benefit their babies during their first six months of life. The all-cause acute lower respiratory tract infection (ALRI) hospitalization incidence was lower in the babies of moms who had received the flu vaccine. 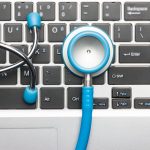 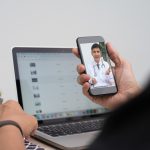