Like prep sports or prime-time television, medical meetings have seasons.

In the spring and fall, my calendar fills with invitations to speak. I try to get to the venue a few hours before I’m scheduled to speak, so I can “take the pulse” of fellow doctors, asking them about their practices, patients and the future of medicine.

Figuratively speaking, the industry’s pulse is racing with fear. I’ve observed that in just the past 12 months, the once-mild anxieties of American doctors have transformed into clear and present phobias.

These are extraordinary times in medicine, giving way to five intense fears:

1. Peniaphobia: the fear of being poor

Ever since the Affordable Care Act (ACA) became law in 2010, policy experts have been wooed by the notion of a “pay-for-value” reimbursement model – a potential replacement for the traditional pay-for-volume approach (aka “fee-for-service”).

The swap makes sense on paper: Rather paying health care providers based on how many tests, procedures or office visits they complete, insurers who opt into a pay-for-value system pay doctors based on their outcomes and the excellence of their care.

Practically every physician supports pay-for-value, in theory. And yet almost all of them worry about the real-life implications.

One primary care physician at the National MACRA MIPS/APM Summit in Washington (a conference on Medicare financing) told me, “It feels like a bait-and-switch.”

By this, he meant that when the Centers for Medicare & Medicaid Services (CMS) first introduced its new “pay for performance” reimbursement criteria, it sounded like a good deal. The program was meant to emphasize “quality, value, and accountability.” But instead of rewarding all physicians who improve, the dollars are proving finite and program is becoming cost-neutral.

“No matter how well we practice, 50% of us will be in the lower half,” said another doctor at the same conference. “I figured that if we all improved, we’d all be rewarded. But by raising the bar every year, CMS guarantees there will always be losers. It’s just another way to pay doctors less.”

To be clear, physicians know they earn good salaries. And it’s not that they aren’t grateful. At the same time, most doctors feel as though they’ve earned a decent income after 10 years of higher education, three to eight years of residency training and $190,000 in average student-loan debt.

2. Metathesiophobia: the fear of change

For all the talk about cost containment, the health care industry is not – and has never been – known for optimal efficiency.

For instance, it’s not unusual for patients who call the doctor’s office at night to get an automated response, telling them to dial 9-1-1 or go to the local ER. And if they do, things don’t get much more efficient. Most patients admitted to the hospital on Friday night with a non-emergency will wait until Monday to receive a complex procedure or test. These delays aren’t just costly, they’ve been proven to increase death rates.

A more consumer-friendly form of change seems imminent. But doctors fear some of the new operating models being featured at national conferences will force them to work even longer days, putting further strain on their family and personal lives.

Physicians work hard, often having 15 minutes or less to spend with each patient. And during those precious few minutes, doctors now find themselves looking more at the computer screen than at the patient, needing to document every symptom and treatment in real-time just so insurers will pay them.

“The electronic health record was supposed to make my life easier,” said one of the doctors I met at the National Association of ACOs (NAACOs) Fall Conference, “but all the computer does is slow me down.”

3. Politicophobia: the fear of politics

Health care is the No. 1 issue for voters heading into the 2018 midterms. Now less than a month away, the elections are striking fear in physicians who worry that both sides of the aisle are advancing dangerous policies.

Doctors say Republicans want to lower health care costs by stripping away insurance coverage. They know this will impede access to care for many of their patients. At the same time, doctors also fear the “socialization” of medicine as the chorus of “single-payer health care” advocates grows louder on the left.

The most vocal proponents of so-called “Medicare for all” are planning to reduce physician payments by at least 10%. And since doctors spend about half of their reimbursement on office overhead, this reduction would effectively decrease their take-home pay by 20%.

Speaking on the condition of anonymity, a physician at the 2018 American College of Physicians (ACP) meeting explained, in shockingly candid detail, how Medicare-for-all would affect his practice: “Right now, I try to take care of everything my patients need in a single visit. But if all of my patients were suddenly covered by Medicare, I’d have no choice but split visits,” meaning he’d compensate for lost revenue by bringing the patient back a second time, thus being able to bill the government twice for treating the same problem.

4. Hypengyophobia: the fear of being blamed

Sometimes referred to as hypegiaphobia, this phrase combines the Greek words for “responsibility” and “fear.” It applies here to doctors who worry about being inappropriately scapegoated for health care’s high costs and rampant failures.

This is a common fear because (a) there’s plenty of blame to go around and (b) so many health care failures can be traced back to the doctor’s office. However, just because doctors are on “the front lines” doesn’t mean they deserve the blame.

For example, it’s true that doctors write prescriptions for pricey meds and order expensive radiological scans, but they have no influence over pharmaceutical-industry pricing or hospital billing procedures. They could practice more efficiently, but costs would still rise, even if somewhat slower.

One frustrated surgeon at the America’s Health Insurance Plans (AHIP) annual meeting in San Diego explained: “Pharma companies raise their prices 1,000% for brand-name drugs and Congress does nothing. Hospitals can bill patients $1,000 or more for a CT scan that takes two minutes. If I say no to either, my patient will find another doctor. I’m caught in the middle. I’m not the reason health care costs are out of control, but I get all the blame.”

5. Atychiphobia: the fear of failure

To get into a good medical school or residency program, you need good grades. Anything less than straight A’s is considered a failure by most students who will go on to be doctors. As a result, physicians spend their lives trying to fulfill difficult (if not impossible) expectations.

As the pace and pressures of being a doctor increase each year, so do the fears of making a mistake. Doctors fret over errors all the time and worry their patients will be hurt by something they failed to do.

The result: growing reports of depression, burnout and suicide among physicians. These now-common side effects have had an unexpected consequence. Half of all doctors wouldn’t encourage their children to follow in their footsteps. Most physicians I speak with feel as though they’re swimming upstream, in rapids, paddling as fast as they can just to stay in place.

Doctors know they could’ve made more money in venture capital or investment banking. Instead, they dedicated their lives to helping those in need. That fulfillment is now eroding under the weight of intense financial demands and growing time constraints.

Backstage, at the annual conference of America’s Physician Groups (formerly CAPG) in San Diego, one prominent physician put it this way: “My classmates and I became doctors because we love helping patients. Too often these days, we feel like we’re letting them down. There’s so much administrative time-suck, and never enough time for our patients.”

Uncertainty: The root of all fears?

Almost every doctor I’ve spoken to recently has brought up the newly formed Amazon, Berkshire Hathaway and JPMorgan Chase health care venture. It’s on the mouths and minds of practically everyone in the industry.

Although many are unsure what it will mean for themselves, their practices or the future of health care, the majority of doctors trust that the venture’s new CEO, Dr. Atul Gawande, will seek to create a fairer, safer and more affordable approach to health care.

This particular brand of change (industry disruption) seems preferable to “death by a thousand cuts” that many doctors are experiencing today.

Should Dr. Gawande and this new health care enterprise succeed in doing what many in the industry have cautiously dreamed about, we may someday witness a health care system that: (1) integrates physicians into highly efficient medical groups, (2) ensures doctors are paid a capitated fee that rewards the quality (not quantity) of care, (3) implements advanced information technology and (4) develops physician leaders.

Three years ago, I doubted that doctors would be willing to take the risks required to achieve these so-called “4 pillars of health care transformation.” But, oddly enough, as their fears have grown, so too has their receptivity to change. 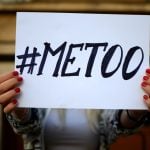 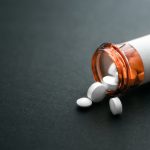