I have talked in the past about how I try to tackle the philosophy of financial independence.  Part of the reason is that there are so many other amazing voices that manage the mechanical side.  The other part is my profound belief that the grand majority of Americans can either cleave a path to financial independence or at least substantially improve their economic situation.  Yet, the majority don’t.  Retirement savings are abysmal throughout the country.  We, as a people, are struggling.  While I don’t have the reach nor talent to affect the country as a whole, I do have the unbelievable luck to discuss with you, my readers.  So what’s holding you back?

For me, there were a number of hurdles that once resolved really opened up my financial future and helped me move further towards achieving my life goals.

Hurdle one: fear of failure

I have often referred to myself as a seven-figure failure.  Why?  Not because I have a low estimation of myself, but the exact opposite.  I refuse to let the act of failing at a task define my worthiness or ability to have long-term success in the future.  In fact, I would argue that if you are not failing, then you are not pushing yourself hard enough.

The point is that through failure we advance.  Failure is the manure that you use to fertilize your soil.  Amongst all that crap, stuff grows.  Beautiful flowers take root and enrich the landscape.  Sturdy crops grow that feed and nourish.  The hustle and bustle of a bumper harvest increase the bottom line of a burgeoning business.

So instead of trying to avoid failure, learn to fail forward.  To use accrued experience and knowledge to inch closer to the hoped-for outcome.

I’ve failed at business.  Paid a financial advisor instead of doing it myself.  And fallen prey to speculative investments.

We all have.  What’s holding you back?

Small thinking is dangerous.  It is simple and single-minded. It is limiting.  If you have an inkling that close-minded thinking is holding you back, then it probably is.

There is no reason for you not to have the biggest, most audacious dreams possible.  What is the harm?  If you are afraid of failure, then you will be unwilling to go large.  But if you accept failure as a learning experience, then you will readily embrace the world of possibilities in front of you.

You may never reach those dreams.  But by striving for them, you likely will get closer and achieve more than you ever imagined.

Intention is the fuel of the rocket.  It is the why of what we do in our lives.  When dealing with complex situations and audacious dreams, we sometimes can’t control the outcome.  We can’t control the people, places, or things that get in our way.

But we can control our intentions.  And intentions have value.  If you enter businesses, friendships, and new ventures with the right intentions, then your shortcomings will be forgiven.  The world will view your actions in light of the intended consequences and not of the unforeseen.

To be intentional, however, requires honesty and clear communicative skills to convey your purpose.

What’s holding you back is a failure to be intentional.

Like everything else that takes hard work, financial independence is often hindered not by ability, but by the headspace surrounding this complicated subject.  What’s holding you back from the simple path to wealth?  Possibly your fear of failure, lack of audacious dreams, and inability to focus on intention.

I know that for me, learning to jump over these hurdles opened up a world of opportunity.

And who couldn’t use a little more opportunity? 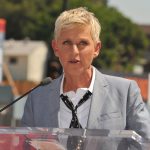 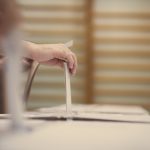