Recently, more than 70 people overdosed on K2 in the New Haven Green, a public park near Yale — in one day. In the chaos, multiple municipal staff and emergency services personnel ran frantically to help countless individuals who may or may not have wanted help. The day after, I biked by and saw two ambulances and police sirens. These issues are not solved in a day, and might not be for a while. At night, that park is poorly lit, and wafts of marijuana and garbage are all over the place.

In Connecticut and nationally, the immediate public response is how there could be such massive numbers of overdoses.

Let’s just say I’m not at all surprised. The health care system of today is not at all equipped to fully address this tragic public health problem.

Synthetic cannabinoids such as K2 are dangerous, with the National Institute of Drug Abuse and U.S. Food and Drug Administration both recently issuing health warnings about the dangers of these substances in July 2018. Several state health departments have also issued warnings about the lethal potential for these illegal drugs earlier this year.

As a psychiatrist, I have encountered countless individuals in the emergency room who come through and do not want help. “What K2? I don’t use that stuff.” They will deny it, laugh it off, or scoff at me. They threaten to commit suicide if I don’t let them stay the night, and demand extra sandwiches and clothes. These individuals have the ability to decipher their options.

If the person’s thinking suddenly clears and there is no sign of physical instability, he or she can just walk out the emergency room almost minutes after presenting. In the dead of night, I’ve had unconscious patients who wake up abruptly only to demand to leave. I have no choice but to discharge them “home” to no particular address, since none are listed.

I’ll be the first to admit that substance use disorders affect an individual’s ability to function and make decisions. I’ve seen individuals have hallucinations and become severely violent while using K2. These aren’t folks who read national alerts and public health warnings. Family members often disagree with their decision to leave treatment, and plead for better solutions to help their loved one.

Yet, doctors cannot force someone to get treatment, except in extreme situations. Most states require a judge to decide about involuntary substance use treatment. The only times when I’ve seen a judge commit someone in Connecticut for substance abuse is when the person could no longer make rational decisions, and had distorted brains on imaging from years of drug use. But mandated treatment rarely works. It’s too little, too late.

So what’s the solution? There’s nothing easy.

Many illegal substances will stimulate the brain receptors for pleasure, which can give solace to the pain of real life. There’s little immediate incentive for an individual to say no.

There needs to be more collaborative efforts among health departments and hospitals, as well as municipal governments to address the underlying suffering and homelessness experienced by troubled individuals using K2 and similar substances.

“High utilizer hot-spotting” is one such approach. In the early 2000s, Jeffrey Brenner identified that a small number of individuals disproportionately spend a high percentage of health care dollars by being frequent visits of the emergency room. The qualities of these patients include substance use, mental health disorders, untreated primary care chronic conditions, homelessness, financial distress, among others. His team and other health systems are now directly bringing resources to patients, and meeting patients where they are in a non-judgmental manner to provide treatment.

Similarly, multiple groups in Connecticut and New York are exploring mobile options for people on the streets. This would allow doctors and a multidisciplinary team to move out of the traditional clinic settings and meet clients in the community to engage them. Some of my colleagues are working on a street medicine team with collaborations with the Connecticut Mental Health Center. The work is tough, and it could take multiple tries before clients actually are interested in help. But at least it’s a start. Unfortunately, public funding for such efforts is always tenuous.

To truly prevent catastrophic massive overdoses, the public conversation needs to shift away from being sensationalist to finding sustainable solutions.

Or just throw up one’s hands and put more lights in the park.

Luming Li is a psychiatrist.

Gifts given and gifts taken away 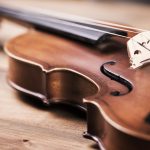 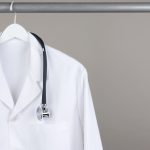 What the news left out about K2
1 comments