My baby was crying non-stop as soon as we got her home. She tried to latch and did well, but I had no way of knowing how much nutrition she was getting. I counted the diapers, and the numbers were just barely on track, and she was making small quantities. I was trying to Google more tips with one hand and nurse her with the other. She was suffering, and I was desperately trying to find the information I needed. She did not sleep. My nipples were bleeding and burning. And I had not slept in three days. I developed an aversion to nursing due to the pain and fatigue but would do anything to calm her and feed her. I am a physician, and I can figure this out, I insisted. I started to withdrawal from phone calls and did not ask for help. I suffered for it. This was the most devastating experience of my life. I was not prepared for motherhood, and I was unraveling.

As a physician, I thought I knew a good deal about infant care. I read through The Harriet Lane Handbook during medical school, read What to Expect When You Are Expecting and began reading the American College of Pediatrics recommended text. I watched a prenatal class that taught lactation techniques and about the process of giving birth. I was preparing for the greatest test of my life and felt confident that I had it handled. After all, I am now a cardiology fellow who is juggling fellowship, research, graduate school and studying for the internal medicine boards. I know how to prepare, so I thought.

On Saturday, August 4th, 2018, my husband and I just returned from a community health fair in Greensboro, NC. Afterward, I took a long nap and woke up with strange pains. Five centimeters later, we arrived at the hospital just before midnight. I delivered a new bundle of joy. Afterward, we received a whirlwind of information. The lactation consultants were showing me tips on nursing, pointed to some relevant pages in a nursing book and wished us good luck. I did not receive any information about signs of malnutrition and what to do about it.

We luckily had a pediatrician appointment after leaving the hospital and discovered that my baby had lost 10 ounces. My pediatrician frowned and pointed out her mild jaundice. She mentioned the risks of formula based on the American College of Pediatrics recommendations but encouraged us to start using it anyway. I was also encouraged to begin pumping to bring in breast milk. Why would nature allow such a delay in vital nutrition? I thought. I was angry with our maker. I was going through the stages of grief starting in her office. Breastfeeding was so important for bonding and her health, I did not want to stray from the recommendations. Despite this, because of her concern and my desperation, I would do anything just to get her to a normal weight.

The next day, my husband went back to work, and I spent almost 24 hours a day caring for her and pumping. I neglected all of my fellowship responsibilities because she was my only priority. I was flailing and exhausted. I would mark her diaper quantity on a changing pad with low confidence that she was making enough excrement. She looked thin and seemed never to get any rest. I was failing her, and my heart broke.

Thankfully, my mother-in-law emailed me and asked if she and a family friend, who took care of my husband as an infant, could help. Also, my pediatrician sent an amazing nurse who came to my house to help as well. She sat with me to discuss lactation problems and answer all my questions. She then weighed my baby, and she gained six ounces! I thanked God for these women. After Nurse Penny left, my mother-in-law told me to rest, and I had the best rest I’d ever had.

This experience taught me a great deal, but it did not have to happen. Being a physician did not mean I was ready for motherhood. I spent so much time reading about my body changes during pregnancy and should have focused on the care of a newborn. Knowing the guidelines for breastfeeding did not prepare me for the actual job of being a mother. I started to wonder: If I am a physician and struggling this much, what are other moms going through?

The medical system is another entity that requires improvement. My obstetrics visits were always brief, and nothing happened. That was an opportunity for a few words regarding identifying signs of unsuccessful breastfeeding. In the hospital, the lactation nurse could have spent 10 minutes on this topic. She could have explained that although babies cry, not getting more than an hour of sleep and crying during nursing is a sign of real distress. Also, instead of just explaining how important breastfeeding is, they could have also recommended having formula available if these signs arise. I quipped the American College of Pediatrics is probably a panel of men who spew out data about breastfeeding without considering practical information.

This was a steep and emotional learning curve for me in less than one week. I learned a great deal. Most importantly, I learned to always ask for help — especially as it comes to childcare. Once I opened up, I learned about similar stories. I was not alone. During this time, I watched the Serena Williams documentary on HBO regarding her postpartum period and balled my eyes out. So many amazing women have gone through postpartum difficulties, I had such respect for women as a whole. I learned the best information from moms who went through it, not the American College of Pediatrics.

I hope this article helps other mothers and serves as feedback for the hospital system. There are many opportunities to teach new moms about signs of malnutrition. The hospital should not assume anything, no matter the educational background of the patient. Despite this, my baby’s weight was recognized early, and the appropriate measures were taken to help her. I am thankful for my husband, family, my pediatrician and nurse Penny. It not only takes a village, but it also takes humility and vulnerability. The hospital system and I can learn a great deal from my story.

A good mantra to have as a new mother was coined by Socrates: “I know that I know nothing.“ 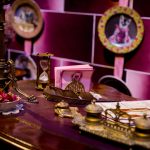 These are the stories of how physicians are bullied 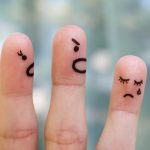