There’s an ugly undercurrent that sometimes shows up in the emergency department: indeed all over the world of medicine. I’ve seen it in doctors and nurses alike. It’s a meanness, a smallness, a kind of moral judgment that can lead us to make poor medical decisions. Or it can simply make us poorer in spirit.

I remember the day I had a young man who was in custody. He was 18, handcuffed and in a jail jump-suit. I don’t remember what was wrong. I just remember that he looked young and scared. Someone had brought ice cream to the staff. My patient was hungry.

“Hey, give him a sundae, OK?” I asked the nurses to share with our young prisoner. There was plenty of ice-cream. “No way, he’s a jail-bird. Why would I do that?”

I tried to explain, but there was no getting around the attitude. Criminal bad, no need for mercy or kindness. Nurse good, no reason to share.

I used to see it in physicians who used NG tubes punitively after over-doses. (I haven’t seen it in a long time. I think most people figured out that a perforated esophagus wasn’t worth it in the end.)

I’ve seen it when a patient was very difficult, loud, profane and made everyone angry. Then, to everyone’s chagrin, they actually had a very serious problem. They were kind and happy when the problem was treated. They behaved like normal people when they weren’t frightened and hurting.

Case in point. Several young men from a car crash came to the ED. I was told by responders, “This one is just acting up; he’s probably anxious.” I put my stethoscope on his chest. Hmm, no breath sounds. I guess we all act up when we have a tension pneumothorax, right? (Oxygen is good … so good.)

Proper instructors in medical school and residency will take some of the edge off of this tendency. So will a good mistake; well, you know what I mean. A good mistake is one we learn from, but which causes no serious harm. A bad mistake? You know what that means too.

Time can soften this behavior. Love does it. When we have faith, when we have spouses and friends, when we have children, we learn the uncomfortable truth. Many people act badly for understandable reasons.

They do it out of remorse, fear, pain, anger, anxiety, depression. They do it as a reaction to loss, to former abuse, to loneliness, to remorse. They do it because of drugs and alcohol. Some are dangerous, difficult people. Some are just wounded. And they take out their wounds on us.

We hear a lot about cognitive errors. Sometimes we commit moral errors. And we have to learn to avoid both.

My rule of thumb? Rule out the dangerous things first; you can always be angry or annoyed later. If you start with frustration, bitterness, resentment, annoyance then it will color your ability to make a good decision.

Are people bad? Sure. But bad people are sometimes very sick.

And those of us who treat them? The most important thing to remember is that we’re bad too. We just have to overcome our tendencies in the pursuit of our work.

In the process, we’ll rise higher and be better professionals. More important, we’ll be transformed into better people for our effort.

Besides, there’s almost nobody who doesn’t deserve a little ice cream.

10 things a pediatric oncologist wants you to know 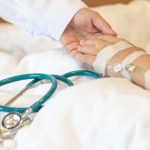 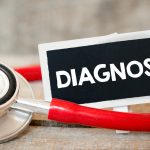