I am frequently asked by patients to “run some tests to make sure nothing is wrong.” This makes a lot of sense on the surface but makes no sense as a physician. Why? Because testing without a context or a medical question is nonsensical. Let’s talk about why.

Studies show that doctors only let their patient speak for 11 seconds on average before we interrupt them. This suggests that doctors don’t listen to patients when, in fact, we are listening for specific things to help us figure out how to help you.

From the moment I meet you, I’m thinking about problem-solving your health issue. Chest pain? I’ve already created a list of dozens of possible problems from heart attack to muscle strain in my mind. I need specific information from you and from my examination of you to narrow that list down. Sometimes doctors jump the gun in trying to get the specific questions we need to be answered to rapidly narrow down the list of potential diagnoses. You may not know what the most important medical information is, so we try to direct your sharing of information to get to these issues most quickly.

It may also seem like my examination of you is cursory. That’s because I’m looking for specific things. It’s not likely that listening to your heart is going to give me useful information about your ankle injury. Sometimes the exam isn’t helpful at all. If you have the right symptoms of a simple urinary tract infection, an exam is not likely to add anything and moving on to urine testing makes sense.

Hopefully, after getting the story and examining you, I’ve gotten your list of possible problems narrowed down to less than five possibilities. Here is where actual testing comes into play. We use lab tests, imaging studies and procedures to get that list of problems narrowed down to the one problem you actually have. No clear diagnosis means no clear treatment plan. If you have a swollen, painful knee and it’s not clear why after I talk to and examine you, it’s time to do some testing. This may include an X-ray, blood work and sampling of the fluid in your knee to look for an infection or gout.

Sometimes it is not possible to make the diagnosis confidently, especially within the confines of limited resources and time in the emergency department (ED). At this point, we can suggest measures to reduce symptoms and direction as to what to do next to get the diagnosis nailed down.

Shouldn’t test results give us the answer regardless?

Test results don’t mean anything out of a clinical context. Every test can give us false results. Some tests make us think you have one problem, but having spoken to and examining you shows that you actually have a different problem that looks similar. For example, I can get a chest X-ray of you, and the radiologist can look at it and tell me that you have pneumonia, but I know that blood clots to the lung (pulmonary emboli) can look like pneumonia on a chest X-ray.

Some tests will simply rule out problems that can be mistaken for your problem. For example, a toddler may have elbow pain after her mom grabbed her by the arm to keep her from falling.

After an exam, I know that a broken bone is not likely in this circumstance. The proper next step is not a test, but a treatment — specifically a maneuver to fix a nursemaid’s elbow.

Some tests will be misleading. It’s estimated that 25-37 percent of people have Group A strep (the cause of strep throat) in their throat all of the time (aka carriers). If I swab the throat of a strep carrier, the test will be positive even when they are not sick. We know that if you have a runny nose, cough, and a sore throat, it’s probably a cold, and a test is not helpful because it’s more likely to give us the wrong diagnosis (i.e., it will tell us you have strep because you’re a carrier, not because you actually have strep throat). If you have a headache, fever, sore throat and no other signs of a cold, it’s 50-50 if you have strep throat. This is when a test helps because if the test is positive, it makes sense in the context of your illness and is not likely to simply reflect a carrier state. A more advanced discussion about this can be found in this podcast.

As I’ve discussed above, doing testing when we’re not trying to further evaluate a clinical question is not helpful. Tests are interpreted in the context of a clinical problem.

This is why direct-to-consumer tests are fraught with pitfalls and landmines. Full body CT scans (computed tomography) not only expose you to a lot of radiation but identify things that are not dangerous (aka incidental) that lead to further testing or even a biopsy. We may not even know how to interpret a scan finding in the absence of symptoms because there have been no scientific studies that give us information about the implications of your findings in the absence of symptoms of illness.

Getting genetic testing is tempting. Unfortunately, our genes don’t tell the whole story. Twins who are genetically identical aren’t always identical in their health or their illnesses. We also don’t fully understand how to interpret genetic studies. In some cases, like with the BRCA1 and BRCA2 genes for breast and ovarian cancer, we know the benefit, when it should be used and how it should be interpreted. Even then, testing can give falsely positive or falsely negative results or may identify a mutation to the BRCA1 or BRCA2 gene that has not been adequately studied so we have an indeterminate result. Many people with a BRCA1 or BRCA2 gene mutation associated with cancer will not actually develop cancer. This is when consultation with a geneticist is key. Knowing what to do with your results is key.

Beware of at-home allergy testing. Allergy issues are complicated! If it were as simple as running an at-home test, an allergist would not need four years of medical school followed by three years of internal medicine or pediatrics training and another two years of fellowship training. Many allergy tests can tell you that you’re allergic to something, but when you are exposed to the allergen, you don’t get symptoms of an allergy! Allergy tests can also say you’re not allergic to something, but you actually are. Neither of these situations is ideal. An allergist is trained to understand which tests are most likely to give a truthful result in which context. They are trained to differentiate between what is likely to be a false result and what is likely a true result.

Medical testing is fraught with confusion, misinformation, and pitfalls. It would be great if I could “run some tests to make sure nothing is wrong,” but unfortunately it is not as simple as this. Like going to another country where you don’t speak the language, an interpreter is key to not only understand what other people are saying to you but to interpret the cultural implications of things that you encounter. Please consult with your doctor about why, when, and how medical testing would most benefit you. 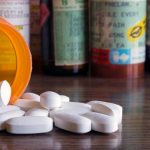 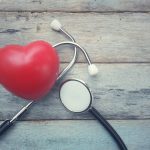