One of the aspects of depression that’s particularly difficult is the sleep disturbance which accompanies it and often continues after the traditional symptoms of depression have finally gotten better. When studied in the laboratory, the sleep of depressed person is short, shallow (with less deep slow-wave sleep), and frequently interrupted by awakenings. Additionally, there are abnormalities of the timing of rapid eye movement sleep and intensity of eye movements during REM. Dreams often have a depressive tone, and some sleep scientists speculate that there is a dysfunction of a normal process in which they provide emotional healing. In any event, instead of sleep being a time of rest and recovery, it becomes a period of discomfort, from which a depressed person awakens in the morning unrefreshed. It can be made even more complicated if an antidepressant, which is designed to help the mood disorder, itself contributes to the poor sleep. In this posting, we will talk about what can be done to ease this difficulty.

There has been an evolving process in how sleep doctors view sleep disturbance in the context of depression or other illnesses. In years past, the notion was that if you find such a “cause” for insomnia: treat it, and the sleep will take care of itself. Thus if a person is kept up by the pain of arthritis or has sleep disturbance from depression — pain medicine or antidepressants should be the primary treatment, and sleep will naturally improve. In more recent years, this has changed, partly because the sleep disturbance can have features that separate it from the depression. As we mentioned before, often the sleep difficulties can persist long after the mood symptoms have improved, and indeed their presence may be associated with a higher risk of developing another depressive episode later. Also, it turns out that treating the sleep difficulty may improve the mood symptoms as well, as we will discuss later. The bottom line is that sleep doctors have begun to recognize that insomnia is a free-standing disorder, which may or may not occur in the context of another illness. When it does occur along with depression, for instance, the suggestion is that both should be treated.

The question then becomes, how best to manage the sleep disturbance of depression? The first thing to recognize is that traditional hypnotics (sleeping pills) by themselves do not improve depression. On the other hand, treating sleep in addition to antidepressants may benefit not only sleep but the depressive symptoms themselves. This has been found with the sleeping pill eszopiclone, for instance, but it is not clear whether this generalizes to other hypnotics. Similarly, the form of psychotherapy known as cognitive behavioral therapy for insomnia (CBT-I) has been shown to benefit both the sleep and depressive symptoms in persons taking antidepressants. Adding a small dose of a sedating antidepressant such as trazodone to the existing antidepressant has been shown to improve sleep, though it is not clear whether it additionally benefits mood, and one must be cautious of drug interactions. Nonetheless, improving sleep can be an important first step.

Getting a good night’s sleep can be a positive experience for a patient, especially if it happens before the accompanying antidepressant has begun to produce its benefits on mood symptoms, which can take a few weeks. It is often seen by the patient as a sign of hope, that he or she is doing the right thing by seeking treatment and that things will get better. It can be a kind of reminder to keep trying, because as William Styron put it in talking about his own depression: “It is always likely that you will win the battle and nearly a certainty you will win the war.” And when a person is depressed, a reminder of hope can be very important. 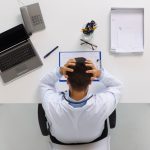 A physician's return to the ivory tower 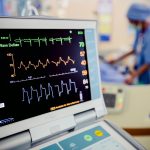 How and why to treat sleep disturbance from depression
1 comments