There’s no disputing that the opioid crisis has become a public health emergency in the United States. And not a day goes by when health care providers don’t encounter some aspect of this epidemic. Far too often, the mention of addiction spurns images of homelessness, back-alley deals and crime. While that can certainly be the case, addiction is an “equal-opportunity employer.” Allow me to share two true stories that illustrate varying ways opioid addiction is encountered by health care providers.

“John” was a 40-year-old, athletic, easygoing bicyclist I met after he had been hospitalized with complications of opioid abuse. He had a long history of addiction during his 20s, characterized by a divorce he didn’t want and the inability to play a role in the life of his young son. After losing his job and being incarcerated for a short time, he finally hit rock bottom. Through the help of friends and counselors, he pulled himself out of the pit in which he was living. After a short stint in a halfway house, he found gainful employment and was able to remarry. During most of his 30s, he lived a happy, productive and sober life.

One day, John was riding his bike on a country road when he lost control on the wet pavement, and his bike went down. Thankfully, he was mostly alright — aside from bad “road rash” on his left side. As a mostly precautionary measure, he went to the ER where his wounds were cleaned up, and the ER doctor offered him something for pain. To John’s credit, he was very forthcoming and acknowledged he was a recovering opioid addict. The physician nevertheless offered him tramadol (an opioid). Despite his better judgment, John took the medicine. Sadly, despite nearly a decade of sobriety, the opioid medication that day triggered a devastating six-month spiral back into the pit of daily opioid use. He lost his job, his house and his second marriage. It was at this point I met John. He had been hospitalized for an opioid overdose, and our health care team did everything we could to help John and was appreciative of everything we did. He knew the road back to sobriety was going to be difficult, but having traveled that road before, he was optimistic it could be done. Last I heard, John was still doing well.

John’s story illustrates that addiction affects people in every walk of life, every demographic and at every step on the socioeconomic ladder. His story symbolizes all those addicts who are eager for help, appreciative of what is offered to them and motivated to do the hard work of getting clean. People like John deserve every ounce of our compassion and assistance — not judgment, eye-rolling, and condescension.

“David” was a self-acknowledged heroin dealer who had struggled with intravenous drug abuse for his entire life. He didn’t particularly care about getting clean and he made a good living selling drugs. About 18 months prior to our first meeting — due to using dirty needles to inject drug — he developed a severe bacterial bloodstream infection that affected one of his heart valves (endocarditis). His heart valve infection had been so severe that the valve was destroyed, and his heart began to fail. After David promised he would enroll in a drug rehab program, a compassionate cardiovascular surgeon agreed to replace his infected heart valve. The procedure was a life-saving success, and David was eventually released to home. He never went to drug rehab.

Fast-forward 18 months, when David is using heroin multiple times per day again, and still making a good living selling drugs. Aside from the scar on his chest, there was little evidence of the health scare he previously experienced. He was admitted to the hospital with another bloodstream infection and, yes, another infected heart valve. To make matters worse, the infected heart valve was the one that had been replaced not even two years prior.

David alternated between periods of contrition and times of outright defiance. For example, in the morning, he might ask thoughtful questions and behave politely, only to yell profanities at nurses and caretakers later in the day. He would occasionally try to sneak off the floor to meet “friends” outside. We all knew he was trying to get drugs. And no cardiothoracic surgeon would replace his infected heart valve a second time. It was an ethically-charged situation, and the medical team spent a long time discussing the appropriate course of action — medically, legally and ethically. The only viable choice we had was to attempt IV antibiotic therapy for a period of six weeks — all while hospitalized — and hope he responded.

Things got off to an uneventful start, but after David admitted he was going outside to look for drugs, we had no choice but to restrict his ability to leave the floor with an IV in place. Eventually, after one week of cooperation, he pulled out his own IV and walked out the door. We never saw him again.

I don’t know what happened to David, but I suspect he died — either from his infection or a drug overdose. While David’s story is much different than John’s, it’s important to recognize David needed and deserved just as much compassion and help as John. In fact, I’d argue he needed more. Sadly, in the end, he succumbed to the disease of addiction.

Whether addiction takes the form of a bicyclist, a drug dealer or someone you know or love, society needs to show compassion and help addicts find a way out. No one said health care would be an easy job. And no one ever said caring for addicts would be easy either. But it’s in these moments of caring when I think we’re most human. To have any hope of addressing the opioid crisis, this part cannot be forgotten. 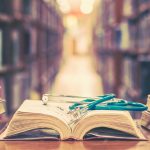 Medical testing is fraught with pitfalls 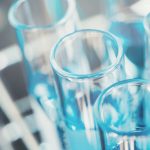