Vanguard, Fidelity, and Schwab have been engaging in a fierce competition to claim the mantle as the leading provider of low-cost index funds. As a result, each has aggressively lowered their fees for their index fund offerings over the past few years and advertised their low-cost offerings to investors.

After the latest round of fee reductions in mid-2017, I wrote a post speculating whether it was inevitable that Vanguard, Fidelity, or Schwab would offer a zero expense ratio mutual fund.

That’s right, an index fund that charges no management fee to its investors.

These two funds will allow Fidelity investors to have exposure to the global stock market with zero fees.

The announcement of zero expense ratio mutual funds was part of a broader reduction in fees by Fidelity.

Lower fees nearly across the board for Fidelity index funds

If that wasn’t enough good news for Fidelity investors, Fidelity also stopped having minimum investments in order to get the lowest expense ratios. Previously, retail investors had to invest a minimum of $10,000 in a single fund in order to access the lower cost Premium shares, while those who wanted to invest less than $10,000 in an index mutual fund would have had to use the higher-cost Investor shares, which still had a $3,000 minimum. Now, there is no minimum investment for Fidelity’s index funds, and all share classes have the same expense ratio. Previously, Schwab was the only major index fund provider that had no minimum investment for their index mutual funds.

Vanguard made news in June 2018 when they announced that they would offer over 1,800 ETF’s commission free, including funds from major index ETF providers such as iShares.

To summarize, here are the changes Fidelity made in August 2018 to their fee structure:

What do these changes mean for you?

All index investors will be affected, directly or indirectly, from these Fidelity announcements.

Existing Vanguard and Schwab investors should not switch

I would not recommend existing Vanguard and Schwab investors to move their money to Fidelity to buy the Fidelity ZERO index funds.

Fidelity may be the first company to offer zero expense ratio index funds, but I doubt they will be the last.

Even Fidelity investors should not sell investments in their taxable accounts to buy the Fidelity ZERO index funds. As with Vanguard and Schwab, selling shares in a taxable account would incur capital gains taxes. These taxes blunt the compounding power of your investments, which would overwhelm the tiny expense ratio benefit from the new Fidelity ZERO funds.

I would also argue that you should not put new money into these index funds within a taxable account. Mutual funds are slightly tax-inefficient compared to ETFs, because mutual funds have to distribute capital gains, which are taxable, while ETFs do not. This erosion in after-tax returns is likely greater than the difference in expense ratios between the Fidelity ZERO index funds and commission-free iShares ETFs, such as ITOT or IEFA.

I am not concerned about tracking error with the use of internal reference indices, because these indices are publicly available and the reference index return can be tracked by third parties. Both the Fidelity U.S. Total Investable Market Index (used by FZROX) and the Fidelity Global Ex US Index can be tracked on the S&P Dow Jones website, and I don’t anticipate that their tracking error will be significantly different from FSTVX and FTIPX.

Fidelity will gain market share in the short run, especially among new investors

There is something magical about the word free. Even though it was a cut of only a few basis points, Fidelity’s ability to claim a zero expense ratio mutual fund will stick in investor’s minds far more than previous expense ratio cuts in their funds.

I fully expect that this change will help Fidelity gain more market share than Vanguard’s addition of commission-free ETFs. If this happens, expect Vanguard and Schwab to offer their own zero expense ratiio index funds to compete.

Where do expense ratios go from here?

I’m not sure this is the next step in the fee wars. If the Fidelity ZERO index funds succeed, I expect Fidelity to expand their ZERO index fund series to additional asset classes.

At some point, investors will realize that you can get zero or near-zero expense ratio index funds at Vanguard, Fidelity, or Schwab. These companies will need to work on other things like offering even better customer service or improving their website and app interfaces to gain market share.

Investors should welcome the introduction of two zero expense ratio index funds by Fidelity, even if they do not personally invest in them. It is a sign that Vanguard, Fidelity, and Schwab are continuing to undercut each other’s fees in order to attract your investment dollars. 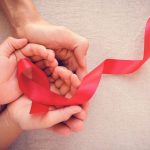 What do the Fidelity ZERO mutual funds mean for physician investors?
1 comments