She tells me that she sees them at night when she is lying in her bunk bed — eight to a room. Grotesque forms with masks over their heads and guns across their chests. She hears panicked shrieks, but is never certain if they are coming from the next trailer, or if they are inside her head. They cannot be nightmares, because she never sleeps. She reminds herself that haunting memories are better than terrifying reality, because memories cannot harm her children. She counts: this is her 14th day in limbo.

Her story is not unique. I heard versions of it time and again from the women at the South Texas Family Residential Center (STFRC) in Dilley, TX. This is the largest family detention center in the United States, and currently houses close to 2000 women and children. I visited the center for a few intense days last week through the CARA Pro Bono Project in the capacity of performing medical/psychiatric evaluations for detainees in order to help with their asylum applications. The vast majority of CARA volunteers are lawyers who take a week off at a time to assist these clients with the asylum process. Being the lone doctor in a sea of lawyers and legal aids was interesting.

Reading the recent news of the family separations and detention, I was driven to action. When I was presented with the opportunity to go to the STFRC, I felt compelled to go.

Having been trained in recognizing signs of trauma, both by my work as a pediatrician in an emergency department and through the Physicians for Human Rights and having extensive experience working with asylum seekers through the wonderful Freedom House Detroit, I realized that I could use my skills to make a real difference in people’s lives. There have been few times in my life where I felt so compelled to a cause by an internal force. Yet, what I really did not grasp before going is just how desperate circumstances are at home for these families when they make the fateful decision to flee and come to the United States.

Most of the clients at the STFRC come from Guatemala, Honduras and El Salvador — countries that have been overrun by gangs. In the U.S., the word “gang” conjures up images of teenagers on the streets, up too late, selling drugs to each other and dying needlessly from gun violence. The Central American version, the MS-13, are so large and powerful that they function more like a pseudo-government. They are in charge of the laws and “justice” for the region they control. They collect wage-based taxes from the citizenry and have an extensive spy network for remuneration. Lack of payment results in certain death.

The women at the STFRC recount gruesome tales from home: one was shown her brother’s decapitated body as a warning of the gang’s seriousness. Others were held at gunpoint in front of their children and given a few more days to gather the cash for payment. Many also narrated heart-wrenching accounts of years of domestic violence and abuse intertwined into their stories. Once the women found that they had no more money to pay, they had to look at their family and choose which children were small enough to carry, and which were old enough to walk. Those were the “lucky” few they could take with them on the grueling 1500-plus mile journey to the U.S. border for the hope of safety. They had to walk, run, take buses and swim this torturous distance. Along the way, many would get captured by ill-intentioned men, raped for days or weeks until they escaped. The mental fortitude of the woman who checks the doorknob of that house of hostage every night, still seeking freedom after all of this, demonstrates that the hounding need for security for one’s children is stronger than any other force.

If they had any money left at this point, the families would cross the river to the U.S. on a “flotador” — a raft — hoping for safety. If not, the women would strap their young children on their backs and swim across. A small group of volunteers took a trip down to the border to see the river. There were border patrol vehicles on all sides, bright lights from helicopters and barking dogs. The foul-smelling river seemed an impenetrable barrier. We were stopped at a checkpoint on the way back, had flashlights glare into the car and were interrogated about our citizenship status. Though we were all born and raised here, we found our hearts racing and senses alert. I can only imagine how it must feel for those bone-weary families. This is not the reward of freedom and security they crave.

Back at the SFTRC, the women told us of further stops along the way before getting to this facility. After getting apprehended by ICE, they were first placed in other detention centers, nicknamed the “hielera” (icebox) — for its notoriously cold temperatures, and the “perrera” (dog pound) — for keeping detainees in cages. In the perrera, the women described how they were separated from their families, and how they could hear the children bawling continuously for days in their cages. They were made to sleep on the floor with only an aluminum sheet for cover, and not given a change of clothes. Many said that coming to the SFTRC was such an improvement that though it was called the “baby jail” — that was still incredibly tolerable.

I was struck by the easy capacity for spontaneous joy displayed by the children. One afternoon, a little girl asked me if she could color, and I fortuitously had both time and supplies. As I pulled out crayons and paper from my bag, I immediately found myself surrounded by flock of small, excited voices. The few minutes that followed were flashes of unbridled laughter, zeal, and creativity. Kids of all ages drew their hearts out — and I left with a few treasured souvenirs. While their mothers wondered what the future would hold, and tried to avoid remembering the past they had fled, these children drew me worlds of butterflies, rainbows and smiling families living together. Studies show that exposure to trauma and extreme adversity in childhood is associated with MRI-demonstrable changes to the brain structures involved in stress and emotion regulation, especially the corpus callosum. But these children showed me something far more impressive: that children are capable of tapping into great reserves of hope from within.

These families have the quintessential American story of working hard and upholding noble principles. Unfortunately, the U.S. has recently changed its policies, making it more difficult for people to be granted asylum on the basis of domestic abuse and gang-based violence. Now is the time for us to stand up for the rights of these vulnerable populations. We are the land of the free and home of the brave. Let’s prove it.

Vidya Ramanathan is a pediatrician. 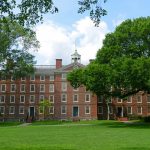 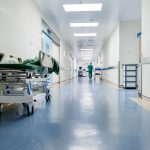