There are at least 50 words in the Eskimo languages for snow, 25 in mainstream Swedish, and supposedly 180 or so in the Sami language of the nomadic inhabitants of the northernmost parts of Norway, Sweden, and Finland.

But there are even more words than that for “chest pain” among my patients, many of whom do not consistently or fully comprehend the English phrase, “If you have chest pain, call 911 or go to the nearest emergency room.”

This Saturday I had three serious cases of chest pain, but of course, they all used different words, like “empty feeling,” “tightness,” and “pressure.”

“The medical term is PAIN,” I patiently explained to all three. They all had normal EKGs. “Thirty years ago that would have been more reassuring than it is today,” I told each one of them. “But today we have blood tests that can show heart muscle damage that doesn’t ever show up on an EKG. So today’s standard of care is that you get to the emergency room where they can do these blood tests.”

One patient got pain free after a “GI cocktail,” which numbed his irritated esophagus, so I agreed to leave it at that, with a caution that new pains might require urgent reevaluation. Another agreed to go to he ER, declined the ambulance and seemed to understand my concern that his wife could find herself transporting a medical emergency patient singlehandedly on a winding road with sketchy cell phone reception. His wife also understood. The third patient accepted the ambulance, and left the building accompanied by the attendants, only to part company with them in the parking lot.

My compliance officer, after I told her we’ve got to figure out how to discourage walk-in chest pains with our Saturday skeleton crew, asked about legal risk when the two most recent cases declined the ambulance. I wasn’t worried; the first one I counseled thoroughly, and the second one left the building in the company of EMS. Once EMS takes over, my responsibility ends, that’s well established, no matter what qualifications the doctor in the field has.

We have posters, pamphlets, mailings and all kinds of communications that encourage coming to see us for nonemergent medical problems like coughs, sparing, earaches, rashes and the like but to quickly get ER care for chest pain, severe shortness of breath and the like.

Every month at our quality assurance meeting we look at how many ER visits in our patient population could likely have been handled in the office instead. I don’t have statistics on how many people delay care for a serious cardiopulmonary condition by insisting to be seen by us first, but it sure happens.

We definitely need to do more training with front desk staff about this, but I know many patients will not admit to the receptionist that what they have is chest pain; they will try some of the other words instead.

So before Saturday, I think I’ll have to come up with some new, catchier posters about the fact that they all mean the same thing: PAIN.

And that, in turn, means: NOT HERE. 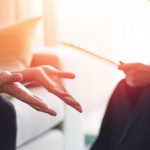 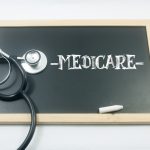