I left the library at 10 p.m. the night before the last exam of my first year of med school. As I hopped on my bike, I took comfort in my typical pre-test refrain: I’m done studying. I did everything I could. Of course, I’m not really done studying: I still have three years of school left packed with end-of-block finals, end-of-rotation exams, and the behemoths of the medical testing world, the national licensing examinations called Step. I haven’t even taken the first Step, but biking home that night, I realized that I’ve taken a major leap in the past ten months.

In medical school, doing “everything I could” is both more and less than ever before. The more: I can spend more hours with more resources learning more than I thought possible. I’m stunned by how much medical lingo I’ve picked up, how many drug names I’ve memorized, and how many different diseases I understand. The less: There’s never enough time to learn the material, to understand the physiology and pathology in full. I certainly know a whole lot more than I did when I first started here, but I’ve also become acutely aware of how much I don’t know and how much I have left to learn.

I head into this summer break — the last of my educational years — taking stock of the “more.” After ten months of juggling school and extracurriculars while trying to be a good friend, partner, sister, and child, it’s easy for me to feel like I fell short, to focus on the things I could’ve and should’ve done. I should’ve been there for my brother’s graduation. I could’ve hammered out my studying tactics a little earlier in the quarter. I should’ve checked in with my friends more, said yes to every opportunity to be with them. I could’ve flown home when my relative got sick. I could’ve and should’ve, but at the same time, I need to remind myself of how much I’ve accomplished and of how much I handled to the best of my ability. I need to take some pride in my first giant leap into the medical world — where I landed firmly on my feet.

This year I learned a lot of science: anatomy, biochemistry, immunology, microbiology, embryology, histology, and more. I also learned how to enter a patient’s room with confidence, a strong handshake, and a gentle touch. I learned how to hear the murmurs and gallops of a sick heart. I grew more comfortable asking sensitive, deeply personal questions of total strangers. I acquired new ways of listening, moving, and connecting.

In addition to the required curriculum, I rounded out my education. I took courses in creative writing, anthropology, bioethics, and medical humanities. I re-read Frankenstein after having dissected a body myself. I went to art exhibits, student-run concerts, and attended writing retreats. I tried my hand at policy writing, and participated in the California Medical Association’s advocacy day in Sacramento and the American Medical Association’s annual meeting in Chicago. Along the way, I also reflected on my experiences.

I hope that my classmates and other first-year pre-clinical students step back a bit this summer. If, like me, you’re prone to focusing on the endless possibilities for improvement or the opportunities you should have seized, just pause for a moment and look at how far you’ve come. Sure, there’s still a long road ahead, but the first year of medical school is done. I hope you take pride in your accomplishments and enjoy the break you have earned. Perhaps next year we can do even more, but for now, we did everything we could. 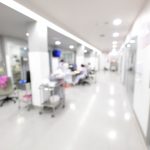 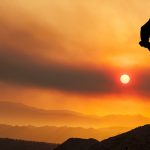