Fortnite Season 5 has officially arrived — bringing new features, a new maps, and new skins. Parents can anticipate battles over the amount of time spent playing the game to “level up” with your teens.

If you are not familiar with this game, then it likely means that you are not the parent of a teenager (I nearly wrote “teenage boy,” but it is important to appreciate the growth of female gamers). Admittedly, as the parent of two little girls, I was not familiar with the game until my husband, Dr. Mark A. Novitsky Jr., a board-certified child and adolescent outpatient psychiatrist shared with alerted me to the growing number of kids who were struggling with addiction to the game in his practice. Around late winter-early spring, he started to see an uptick in parental-child conflict over this game in his private practice. He has been helping parents with effective limit setting but also notes the important social ramifications that online gaming has with maintaining peer relationships.

For those of you who were like me and were not familiar with the game, it is an online shooting game with the sole purpose of survival — think of Hunger Games meets Minecraft (building structures is essential in this game). One-hundred total online participants launch into an arena for a winner-takes-all battle (either alone against 99 others, as a team of two against 49 other duos or as a foursome against 24 other squads). It is free to play, but with enticing in-app-purchases and battle pass challenges, the game becomes even more addictive as rewards are unlocked the more you play and win. With accomplishments, a player can rise the ranks up to the most prestigious level 100. Unique “Skins” can distinguish elite gamers from the run of the mill. These elite gamers are likely to be online celebrities with followers watching clips of their incredible gameplay on Twitch, where the most followed gamer goes by Ninja and has around 10,000,000 followers at the time of this blog post.

Dr. Novitsky, we need help, and we are losing the battle. What can we do? How much is too much?

Assuming that this game is age appropriate for your child (i.e., it has a rating of “T” for teen, and the entire premise of the game is to shoot and kill your opponents. With online play, your child may be exposed to other players using profanity) — here are some effective recommendations that can help minimize potential conflict with your child over Fortnite:

Limit the amount of time your child can play during the day. It is imperative that both parents agree upon this number because children may try to split parents in order to get additional time. This may be especially difficult during the summertime, when parents may be at work, and the child may be at home with an older sibling or babysitter. Summer camp may be a good solution to help balance traditional summer activity outside with gaming desires.

Work with other parents in your child’s friend group to establish specific times that they all play online. Create your own parent squad and team up to ensure your teen’s friends are getting on the game and stopping at the same time. Imagine how difficult would have been if you and your three best friends were doing an activity, and you were the only one who had to leave while the others were still playing — and you know that you’d hear have to hear all about what you missed out on the next day. Avoid generating this conflict for your child by sharing the responsibility with other parents in their friend group that the last game will start no later than a certain time.

During the summer, create a list of age-appropriate expectations that your child is expected to complete before playing online. This will ensure that they are not spending the entire day online but also that essential responsibility are maintained. If you have other children in the household who are not gamers, it is helpful to create a similar type of contract for them (unique to each child’s capabilities) so that the contract is not misconstrued as an intentional barrier to playing video games, but rather seen as summer chores. If all expectations are completed, considering creating a contract that sets for a limited base allotment of gameplay time with the potential to earn additional gameplay time for completing expectations, akin to your employer giving you a lower base salary but leaving room for significant bonuses to motivate your performance.

Provide an advance warning before cutting your child off the game. Imagine watching your favorite series on Netflix, and your spouse comes into the bedroom and turns the TV off immediately. Our Netflix binges and infatuation with our phones work in much the same way as your child’s Fortnite enchantment. In our brains, there is a “reward” chemical called dopamine that makes us feel good but with certain activities can be involved with addiction habits. The way Fortnite is set up, the odds of winning are against your child, but positive intermittent positive reinforcement works in the same way as gambling. Who wants to get pulled away from the table when they are anticipating a big with? A win can result in an incredible boost of dopamine, enough to motivate them to play endlessly until the next pay-day.

Understand the importance of the social aspect of this game to your child. Remember chatrooms? AIM? Forgive me if I am dating myself, but these were ways we used to connect in the evenings with friends when the more traditional forms of communication were not possible. Fortnite’s online play allows for teens to connect with their classmates in the evenings over headsets and they are discussing gameplay the next day at the lunch table. At a recent conference, a therapist expressed feeling that he had a catch 22: his son was obsessed with Fortnite but was getting shunned by his friend group because he wasn’t good enough at the game to join their squad. He asked me “Should I get him off the game completely or have him practice a little more on the side so that he is accepted by his friends and boosts his esteem?” Understand just how popular this game is with teens, and it will likely be the topic of the lunch table the next day. Once school starts, ensure that they are getting to prioritize other obligations (i.e., academics, home obligations, extracurricular activities).

Fellow parents, I wish you luck but encourage you to “team up” with your kids rather than prepare for a winner-takes-all showdown. You’ll need to choose a thick “skin” and remember that thinking ahead and building the right “structure” is a must to for victory. For now, I am off the hook with the video game battle, at least until Kingdom Hearts 3 potentially sweeps my girls away this winter to enchanting Disney worlds.

Alexandra Novitsky is a neonatologist.

New interns: Get ready to be fleeced 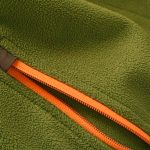