Last year, a cardiologist at my institution presented the story of a patient he had cared for and correctly diagnosed with a not uncommon condition after several other physicians had failed to do so. The patient was a 72-year-old man with near syncope after exercise for several months, with no other symptoms or clues to the diagnosis. The cardiologist asked him to discuss each episode in detail, and the man noted that each morning, he walked briskly on his treadmill for 30 minutes, stopped and checked his pulse, and they would experience several minutes of lightheadedness that would dissipate by the time he walked from the basement to the first floor.

Electrocardiograms and Holter monitoring did not provide an answer, and plans were made for an exercise stress test. After hearing the story, the cardiologist astutely asked: “Can you demonstrate how you check your pulse?” The patient raised his hand to his neck and was immediately asked to lay down on the exam table with the cardiologist applying gentle pressure to the carotid sinus, a continuous electrocardiogram revealed a five-second ventricular pause and the patient noted the onset of his typical post-exercise lightheadedness.

As the discussion on carotid sinus hypersensitivity — the patient’s diagnosis — ensued, the cardiologist asked the question, “Would a computer have gotten the diagnosis correct in this case?” He explained to the group that it was his curiosity that prompted him to ask the patient to unfold the entire story surrounding each episode of his symptoms. While a computer would have used the one-liner “near-syncope after exercising on treadmill” and proceeded along the same algorithm this phrase suggests, this cardiologist felt that he and other humans have an inherent curiosity not possessed by computers and it was this attribute that prompted him to ask the patient to review his history step-by-step, moment-by-moment.

With the advent of Watson and other cognitive computing systems and the increasing, discussion of their use in various medical specialties, this topic could not be more timely. Many already envision a world in which diagnosis is made to be as simple as hitting a few keystrokes and watching a machine produce the correct answer. Time and money would be saved, patients would be grateful for having had their problem identified, and the computer program would go on to solving the next medical puzzle. To be sure, this is an overly simplified scenario based on what is possible at present, but advances in technology promise to move clinical medicine further and further in this direction.

As I enter the second year of my rheumatology fellowship, I think often of this topic. One of the greatest draws in attracting me to the field of rheumatology was the opportunity to become engrossed in complex diagnostic quandaries and, through meticulous skill, have the chance to reach that eureka moment and help a patient in need. Thus what is a young doctor to think in an era of deep learning, when engineers and computer scientists seem to be coming ever closer to mechanizing the entirety of diagnostic reasoning? It would seem Luddite-like and selfish to reject such advances on face simply because they may threaten to infringe on the activities that give many physicians excitement and joy in their practice. It would also fail to recognize that the most important aspect of medicine — doing right by and truly helping each patient — must supersede all else, no matter the process or mechanism.

Our division chair recently gave a talk in which he discussed ways in which the best of human and computer capabilities could theoretically be married to one another in the pursuit of clinical excellence. A key insight he provided is that there are some things that human beings tend not to do particularly well, such as maintain focus on tedious tasks, avoid bias that may be shaped by personal experience alone, or remain unaffected by physiologic considerations like lack of sleep, hunger, or emotional turmoil.

In all these realms, a computer would be the ideal tool to work with in order to account for human limitations. Yet there are many things that humans are uniquely suited to accomplish: intuiting when to challenge the conventional wisdom, understanding the context of patient’s lives and the role this can play in the information they provide and the power to be curious.

We now find ourselves immersed in the debate of what to hold onto tight and what to let go of as we move forward. There are certainly practical considerations that must be considered in adding technology to a field that, at its core, is about relationships and connections with other people.

Many may welcome a computer’s ability to correctly identify cancer, but perhaps many fewer would prefer for this same machine to deliver the news to them rather than for a doctor they know and trust to be the one to sit with them and talk. Thus, can and should a physician be transformed into a means of obtaining the data needed for input into a computer system and simply serve as the messenger of the resulting answer? Such a radical transformation, if taken to the extreme, would likely reduce the number of individuals willing to commit years of their life to medical education and training and would change the nature of the work for those already practicing medicine. Yet stories like that of the company Isabel, a differential diagnosis application named for the young girl who nearly died due to a missed diagnosis of necrotizing fasciitis, demonstrate that to completely reject assistive technologies that aid in diagnosis is unwise as well.

If technology can provide a helping hand, we ought to take it without feeling the pressure to relinquish our grasp on the things that make the practice of medicine so special, including the opportunity to let curiosity about the lives of our patients be a guiding light that leads us not only to a better understanding of their conditions but also to a stronger connection with them.

Acknowledgments: I would like to thank Dr. Roy Ziegelstein and Dr. Antony Rosen for their insights in the preparation of this article.

Jason Liebowitz is a rheumatology fellow. 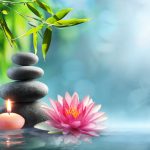 What do you do when you're criticized? 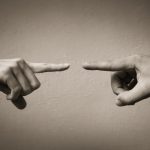 Is Watson the answer to all of our problems?
4 comments