“Oh, you’re a psychiatrist? I hope you won’t analyze me!”

I never know what people actually mean when they say that upon learning that I work as a psychiatrist.

I think they’re saying, “I hope you’re not going to spend our time together trying to discern my flaws.” Nobody wants people to seek out, highlight, and exploit their vulnerabilities and faults, so I can understand that. Of course, that’s not what psychiatrists do.

Anyway, let’s just take the statement at face value — that people hope that I won’t “analyze” them — regardless of what the underlying concern may be. Let’s also assume that when laypeople say “analyze,” they mean “do the things you do when you’re working as a psychiatrist.”

I cannot speak on behalf of all psychiatrists, but let me assure you: If you and I meet in a non-clinical context, I won’t “analyze” you. These are the reasons why:

1. It takes a lot of energy to “analyze” someone (a.k.a., “do the things psychiatrists do when they’re working”). When I’m working, these are the things I’m attending to:

While attending to those tasks, I’m also:

All of these actions — not always visible, but definitely happening — require active listening, which means I shouldn’t space out. I need to be present and focused. We all know when someone isn’t paying attention to us.

When I do speak, I try to ensure that every sentence serves a purpose. Sometimes I ask questions when I want to make a statement; sometimes I say nothing, even though the individual may want me to fill the space with something (reassurance? confirmation of inaccurate ideas? answers that no one has?). I’m frequently generating hypotheses and testing them (is this person experiencing paranoia, or would he say more to another colleague? if this person intoxicated, or is there a medical issue present? does she actually want to die, or is she feeling powerless in the face of adversity?), while trying to show empathy and kindness. I don’t want to come across as an automated flow chart.

All of that — and more! — is happening when I’m doing clinical work. That takes a lot of energy. If I don’t have to use that energy, I won’t.

2. I don’t know how to “analyze” people. Upon hearing the word “psychiatry,” some people conjure up images of New Yorker cartoons with couches and stodgy psychiatrists sitting behind them. Psychiatrists and other mental health professionals usually go through extra training to learn psychoanalysis. The tradition of “analysis” goes back to Freud and, well, I’m not a fan.

Now, to be clear, there are some ideas that stem from psychoanalysis that I think have some value (for example, Malan’s text on psychodynamics offers interesting and, at times, useful perspectives on symptoms and behaviors). However, I don’t think everything boils down to love and work. Or sex and violence. I don’t think women are envious of men because men have penises. I think we all probably have an “unconscious” or “subconscious,” but I can’t prove it. I also don’t think the unconscious/subconscious is simply an arena where good and evil, depravity and virtue, and other polarities are constantly duking it out.

My disdain of psychoanalysis stems, in part, from cultural reasons. Freud and his buddies came from Western Europe (particularly Austria and Switzerland). America is a product of Western European ideas, and while I was born and raised in the US, I was raised by people who were not. I was inculcated with Confucian, Buddhist, and Taoist ideas. The psychologies of these traditions don’t refer to constructs like ids, egos, and superegos. They instead focus on filial piety, the importance of community over the individual, harmony as a paramount virtue, and the reality of suffering. These manifest more between, rather than within, individuals.

3. I’m not my job. Yes, I have been fortunate enough to go through medical and psychiatric training and do the work that I do, but that’s just one aspect of who I am. In my youth, psychiatry was not a part of my identity. If I am lucky enough to live long enough to retire, psychiatry will be something of my past. This is just a long phase of my life.

So, rest assured, I won’t analyze you. If I ask you questions, maybe I just want to get to know you.

Behold the power of gratitude 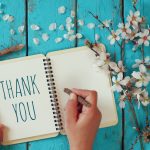 The many ways to describe chest pain 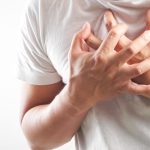