So let’s get down to it.  Everyone is tired of shooting sprees.  If you’re a gun owner, you’re tired of seeing weapons abused and misused to harm the innocent.  If you’re a gun opponent, you feel the same way but can’t imagine why anyone has these weapons in the first place.  I get it.  I hope both sides get it.

I’ve thought about this a lot.  I’m a gun owner.  I have been since childhood. That was the culture in which I was raised.  Guns everywhere. In dad’s dresser, in the closet, in the neighbor’s truck.  It’s what I knew.  There are about 80 million (with an M) gun owners in America, many of whom come from a similar background.

I don’t have an AR-15.  I have something similar called a Mini-14, but it just doesn’t look as “angry” as the standard image of the semi-automatic weapons we see in news stories.  It has meaning to me. It was a Father’s Day gift from my wife and family.  It lives in a gun safe with many other happy, quiet firearms.

I am, however, a reasonable person.  At least I think I am.  I have looked at numerous good analyses of American active-shooter events, and I can’t see many ways that proposed rules would have changed them.  But I understand the call to do something.

However, let me just say that some things aren’t going to happen. The 2nd Amendment isn’t going to be repealed.  (I’m talking to you in particular, American College of Emergency Physicians.)

Likewise, no buy-back or confiscation scheme will work here.  America has a deeply entrenched gun culture that other countries lack, and it has been so since colonial days.  Please understand that even the Australian scheme only got something like one third or one-half of those weapons; the rest are still in circulation.  In the U.S.?  The numbers I’ve seen suggest that there are between 8 and 20 million AR-15 rifles in circulation.  In addition, there are oodles of other types of semi-automatic, military-style rifles.  (M-1, M-1A, AK-47, SKS and assorted other civilian versions of those weapons may constitute 10 million more … I have no idea how to figure that number).

So for one thing, the feds have neither the money nor manpower to go and get them.  And nobody has the political will, or disdain for Americans, to do so.  In addition, the numbers in circulation suggest that as tragic as every shooting is, statistically we are a remarkably law-abiding and peaceful bunch of gun nuts here in the U.S.  That’s pretty well born out in research on crimes by concealed weapons permit holders.

But I want to come to the table and make an offer, a suggestion, an olive branch. And I want to do it without being accused of heresy by fellow gun owners.  Folks, I believe in our cause.  Because I believe the founders understood the potential for tyranny in every age and the value of having the means to resist.  The rest of the constitution ultimately depends on the 2nd Amendment, even though you may think that sounds extreme.  Humans descend into totalitarianism with remarkable ease, no matter how nice we may seem for now.

So here’s my suggestion.

I have a concealed weapons permit.  It took fingerprints, a fee, about two months of waiting for a background check and then a four-hour class.  I was cool with that. With that, in SC and some other states with reciprocity, I can carry a firearm on my person in public.

What if we had a similar permit process for semi-automatic, military-style rifle purchases?  Here’s how it would look.

From 18- 21, long gun purchases of standard rifles and shotguns would still be acceptable.  I’d still allow purchase of .22 semi-autos and some others. It would take some negotiation and discussion among gun owners.  Those in active or reserve military status could buy at 18.  If you can go to war, you can be trusted.

At 21, one needs to go through the standard process that most of us do for concealed carry permits.  Fingerprints, background check then a class to discuss legalities and assess competence.

After that, you can buy the rifles when you present your card.  You’ve been vetted.  Mind you, this isn’t carte blanche to carry rifles in public. States will have to decide that.  Again, I’m not a fan.  But I wouldn’t mind being able to keep a rifle in my truck without being considered a danger to society.

People with concealed carry permits have remarkably low rates of criminal gun use.  This has been well documented.  So that process seems to have value.  Not just because of background checks, but also selection effect. Those willing to go to the state for the permit are unlikely to have criminal history or intent.

So what would us “gun nuts” get out of the deal?  National concealed carry permit with reciprocity.  No more crossing state lines and being charged with a felony for what was acceptable two miles back.  A national recognition that we’re willing to be evaluated and that we are as interested in safety and security as everyone else.  A national recognition that we aren’t the problem, but may be part of the solution.

This permit would not constitute gun registration, which is a hot-button topic for many gun owners.

But for carrying sidearms and purchasing the rifles in question (which by the way are used in a very, very small proportion of crimes statistically) this permit would seem to accomplish two things.

First, it would demonstrate our willingness to work with the other side and second, it would offer us the freedom to do what we’ve wanted for so long, which is carry across the country.

I’m open to thoughts and comments.  Please, please, be civil.  I’m just trying to think through this. 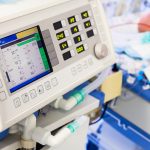 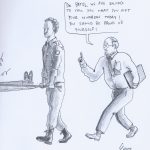