Mr. Smith was a sixty-eight-year-old man who came to the Veterans Affairs hospital where I was a medical student complaining of chest pain.

“With chest pain, it’s all about the story,” my resident, the physician in charge of our team, said. We talked to him to find out what he was doing when it started, how long it lasted, how intense it was if it was still there.

His electrocardiogram hadn’t shown signs of an acute myocardial infarction (MI), or heart attack, and we drew blood to make sure there was no detectable damage to his heart. He received some heart medications and over several days waited while we “ruled out” an MI. The last step in that “rule out” included a heart “stress test,” which was not available on weekends and usually took days to obtain due to the high demand. Over the days that my patient waited in the hospital chest pain-free, our team got to know him as a person. We weren’t in a hurry to do a lot of additional tests for him — his plan was clear — he was doing well. The chest pain had resolved — we were just waiting for the stress test. But those days of waiting together gave us time to discuss his smoking and his blood pressure control. We lamented how the waiting for a test was frustrating. We guessed at how much money the system might save if that test were available much faster and Mr. Smith didn’t spend the extra days hospitalized.

Even back in the early 2000s, the hospital where I cared for Mr. Smith was a vestige of a different era of medicine. For example, to look at the imaging on my patients, I walked down to the radiology department to get a physical film to put on a light box on rounds to review with the team. All my orders were written on paper, in typical physician handwriting, and notes were brief and pertinent, possibly illegible, but always written daily.

For residency, I matched at a university hospital in Boston, which was a leader in electronic health records, and it felt like I had leaped forward in medicine. The electronic system there was among the most advanced in the country — I could not only look at all imaging on the computer, but all my orders were typed into a system that had safety checks. Finally, nurses could see exactly what order had been written and order “sets” — groups of linked orders for certain diagnoses — would contain all kinds of prompts and double checks about what I might want to order. Did I remember the aspirin, the blood pressure medicine, the blood tests? They were all in a checklist within the order set.

In this new hospital, there was more support. For example, when I said I drew blood on Mr. Johnson, I mean that I was at the patient’s bedside with my resident and we talked to him, and then I put the needle in his arm to get blood in a tube to send to the lab. I did that once in the new hospital until I realized that the lab support was so excellent. All I had to do was put an order in the computer, and it would magically get done. I only had to remember to look for the result later. Previously, I might have spent the day writing orders and faxing them to various departments to get a CT scan or an echocardiogram or another test. Now all I had to do was sit at a computer station and put the order in!

It seemed as if I and my co-interns would have all this free time on the wards. Much, I suspect, as the promise of automation has not resulted in our having tons of free time, easier order entry did not result in leisurely coffee breaks for the interns. Since simply ordering the tests didn’t take the better part of the day, the tests were done earlier, and by the afternoon of the same day, I could expect to have the results back. The afternoon rounds, which previously might have been a quick check in about what was left to do from the morning or any new patient changes, began to feel like a new set of full rounds. We were acting on the test results that had come back during the day. We had a whole new plan for each patient, and now, instead of having little to do for the nighttime intern, I had a new list of plans for them to implement and follow. In turn, the night-time intern, who had previously been the tired daytime intern on hours 12 through 24 of his work day, was now a fresh intern who knew nothing about the patients and was only there for the 12 hours of night to follow our notes and plans.

Over the last 15 years, this speed-up of medicine has progressively gotten faster at hospitals across the country. It seemed logical that having 24/7 immediate testing availability would get patients out earlier, and it generally has. It is unheard of, in a modern hospital anywhere in the US today, for a patient to wait days for a test. Our patients get lots of tests very quickly and can be discharged much faster than previous years (usually only staying two to four days for average hospital admissions). With the speed up and regulations recognizing physician humanity in our need for sleep, we staff hospitals in shifts. This means that more people come in contact with a patient over an ever shorter amount of time. There’s someone admitting the patient overnight, someone else who takes over the next morning, and, with average length of stay decreasing to ever shorter, barely any continuity. We increasingly play a game of “hot potato” with our patients — we need to know just enough to toss them to the next person and hope they don’t come back our way too soon. We see them and triage where they need to go next. Or what we need to do for them in the next 12 to 24 hours, but less and less we have time to figure out what patients might need over days or months. We toss people between different settings of care and occasionally they “fall” and end up back in the hospital for things that might have been preventable. This lack of continuity affects not just our thinking about our patients’ health issues, but it affects our understanding of our patients as people. Tests are available 24/7, so we get a lot more of them, but it’s unclear that our patients are recovering any faster.

Fortunately, novel ways of reclaiming relationships between patients and their clinicians are emerging. Hospital-at-home models, where patients are cared for entirely in their homes, have made great progress. They have improved a wide variety of outcomes compared with traditional hospital admissions — finding not only cost savings but also improved quality and safety and patient and clinician satisfaction. For many common medical conditions such as pneumonia, chronic obstructive pulmonary disease (COPD), congestive heart failure and cellulitis, among others, having the continuity of a single team getting to know and caring for a patient in their home slows us all down to the pace of human recovery. Not quite the doctor with the handbag who made house calls for patients he had known for years, hospital-at-home models are using team-based care to assure continuity and relationships and reaping lots of benefits for patients in the process.

Looking ahead at what the next fifteen years in medicine might bring, it seems unlikely that the amount of time we hospitalize patients would be that much shorter. Will the average length of stay go down to a day? A few hours? Perhaps — today Mr. Smith wouldn’t even be admitted to the hospital for chest pain. Emergency departments have rapid protocols that “rule out” an MI and all testing can be completed in six hours or fewer. But it seems quite likely that, increasingly, we will find the idea of imprisoning patients within the walls of a hospital where nobody ever seems to be able to sleep outdated. In fifteen years, I suspect more and more patients will be cared for in their own homes, where a good night’s sleep, food, and being surrounded by their family without restrictions would all contribute to recovery. 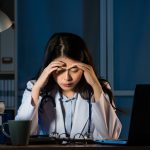