He was a young patient with AIDS and Pneumocystis jiroveci pneumonia (PJP). Maybe that should have scared me from the start, but it didn’t. In hindsight, I keep wondering when the fear really set in. But downstairs under the glaring lights and the swooshing bustle in the ER, I only remember that he looked slightly bored as he took shallow, quick breaths. There was no blood, no screams of pain. No alarm bells rang in my head.

He seemed calm at first. But with each passing day he asked the same question: “Mejor?” Better? And each day I tried to look for a silver lining, even as his oxygen requirements increased and his ABGs remained troubling. A week later, when we discussed moving him to the ICU, his eyes sparked a fear that I’d never seen. Told by the nurse that he was refusing the transfer, I went down to reason with him.

“Porque tengo miedo,” he answered when I asked. “Because I’m afraid.”

I felt cold as I explained to him that he was requiring a different high-flow oxygen machine, one that only the ICU could provide, and he required closer monitoring from ICU nurses.

I went to visit him in the ICU sporadically. His nurse recognized me when I did, and she gave me daily updates. I appreciated her glowing smile; it was a stark contrast to our frowns whenever we scrutinized the stubborn numbers on telemetry screen. It also occurred to me, after these visits, that he seemed to be in much better spirits, despite being the ICU — something he had originally feared. It wasn’t until the day when I visited without his nurse that I realized the effect of that simple smile. That day, as I auscultated his chest and surveyed the telemetry monitor, he stayed silent. After a brief exchange about his antibiotics, he didn’t seem any less anxious, even though explanations had appeared to help on previous days. In fact, he even became a little more tachypneic. The fear in his eyes had flared again. I decided to drop the frown. I smiled and patted his arm. His respiratory rate decreased a notch as he gave me a wan smile back.

My ward team received him again after his stint in the ICU. Each of the following days when I went to check on him, multiple times a day, I readied a smile. It was almost inexplicable to me, but it seemed to brighten him up. He seemed to be doing better too, with decreasing FiO2 requirements. In the following few days, I never saw the fear spark up again in his eyes. I left the rotation feeling that I had learned yet one more valuable lesson: smile — it’s easy to do and can’t hurt, but it can definitely help to manage a patient’s fear.

It was two weeks after I had left my rotation that this patient died after another transfer to the ICU. Ultimately, his CD4 count was just too low to combat the gripping PJP infection. Multiple bronchoscopies, sets of pan-cultures, and chest X-rays and CT scans were unable to reveal another source. We had leaned on the side of covering him with broad-spectrum antibiotics. I believe solidly that we, including the other teams involved in this patient’s care, did everything we could. Nothing else, medically, could have been done for him. I’m convinced of that.

It might seem silly, but I wonder if we had just smiled more.

Who named our bones? And what were they thinking? 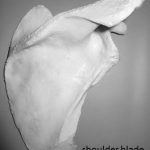 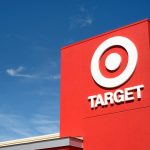