The first time I was asked to provide a bio — in this case, it was to appear on my residency’s website — I wasn’t sure what to include. It was supposed to be short, not really an autobiography or memoir and it was supposed to make our program look approachable, impressive and balanced. I gave a quick summary of my background, my education, my interests, why I picked the program and ended with a brief listing of my hobbies and interests: “… she loves spending time with family and pursuing hobbies, including photography, travel, gardening, cooking, being outdoors and reading the newspaper over a cup of coffee.”

After ignoring my hobbies — like reading the newspaper — for years during my medical training, I finally have more time to do the things I enjoy.

When, toward the end of residency, I was putting the final touches on the website for my private practice, I pulled up that same bio, updated it slightly, and published it in the “About Us” section just under a picture of me smiling and leaning against a railing overlooking Los Angeles during a visit years ago to the Getty. The bio felt good and balanced; the picture was a perfect addition. I still highlighted my roots, my education, a few honors and key activities that made me proud, and it ended with those same hobbies and interests (with a picture as evidence that I did those things).

My husband reviewed it later and, in the most offhand manner, suggested I should remove some of those hobbies from the list.

“You don’t even do photography anymore,” he observed, “and when was that picture taken? Do you have anything more recent?”

I bristled at his suggestions. I love photography. I consider myself skilled in composition and knowing how to use the most basic elements of a single-lens reflex camera. (Why have a nice camera if you don’t know that changing your aperture will change your depth of field?) And I hadn’t used Photoshop in years because the computer with the software died, I had been busy, and maybe — although I was still in a little denial on this one, I couldn’t locate the cord that connected the camera to my computer. And the picture — it was nice! It was professional but not as stuffy as a headshot. Moreover, it conveyed my love for travel and art. It showed that I had more depth than just my medical training.

The comment stung, and it didn’t sink in until much later that he was right: My self-image, listed in my bio, wasn’t a true representation of who I was. I had changed.

In June 2016, as I was counting down the days and patient visits to the end of my training (and making that website), I truly hadn’t thought about what life after residency would be like. I knew that June 30 was the end. It had been the end for years, and with each passing day and patient encounter, the end was getting closer. We had graduation parties planned, and I had an idea of what my next career move was. I didn’t think I needed any other preparation for what was coming after residency.

And the first few weeks after residency really were exhilarating. I slept in. I wore sandals. I didn’t fumble for a pager buzzing in the bottom of my bag.

Soon enough, though, the thrill of unencumbered feet and ample sleep wore off, and an unsettling feeling set in. It was a nagging sensation, like having my thoughts and actions subjected to a deep, subconscious perception.

During the course of many months, this feeling came to a head, and I realized that I was paralyzed by the vacuum of reaching the end. Having reached the end, I didn’t know what to do next. I didn’t have any more plans. No more decade-long goals.

As I was writing this piece, I happened upon a piece a former colleague of mine, Ali Shmerling, MD, MPH wrote for Family Medicine about her similar transition into life after residency. Although we hadn’t talked for a couple years, her response to her newfound freedom was eerily similar to mine: “As much as I had looked forward to completing my training, my entry into the less structured real world brought a wave of uncertainty,” she wrote.

It was that same uncertainty that had permeated my being, as well.

For the 15 years leading up to June 30, 2016, I had been almost singularly focused on making it to June 30, 2016. Medical education is so different from any other career training in that, to be a doctor, you have to decide that you are able and willing to undertake a journey that involves challenging math and science prerequisites, a standardized test that will impact your medical school choice (and you may not even do well enough to matriculate into medical school), four years of medical schooling with another standardized test thrown in midway, then a grueling and expensive residency application and interviewing process with a mind-boggling matching process that can land you anywhere in the United States (or not, if you’re unlucky) followed by a three- to five-year apprenticeship (without even considering fellowships) and at least three more standardized tests — all done while understanding that, in comparison to your peers in other professions, you’ve got years of lost potential earnings, lost opportunities to contribute to your retirement and an accumulated debt that would rival a mortgage.

If you embark on this journey, it may actually be self-preserving to pin a target on that end date and keep your head down, knowing that the end will come.

When I reacted to my husband pointing out that my self-perception was off, I was really reacting to the fear and realization that I hadn’t had a hobby in years. I hadn’t used my camera in a while. I couldn’t remember the last time I read the newspaper. After “the end,” when I found myself with free time, I didn’t know what to do with it, so I just kept working. After all, I knew how to work. It took almost six months for me to realize that I had forgotten how to use free time and that I had stopped cultivating hobbies long ago.

As we head into residency graduation season and the next iteration of June 30 as the end for a new class of graduates, it’s important to remember that June 30 is an important end, but perhaps it’s more of a comma or semicolon than a period. It’s an inflection point; it’s the pause before a 90-degree turn. It’s the moment at which I implore all-new residency grads — attendings, now — to take a breath, sleep in for a couple days, and remember who they were before 80-hour workweeks and the all-or-none expectations of medical training.

This month marks my two-year anniversary of reaching the end. It’s been a process, but my hobbies are coming back. I actually used my camera the other day (the cord is still MIA, but whatever). Our garden is barely alive, but June in Kansas City is dry and hot, so it’s not totally my fault. Nature isn’t helping. I joined a book club. And, in a final small victory of reclaiming my hobbies, my husband bought me a Sunday subscription to the newspaper for my birthday last month. I couldn’t imagine a more perfect gift.

So, as I write this on a Sunday morning with an entirely open afternoon sitting in front of me, I plan to celebrate two years of freedom by reading the newspaper and sipping a cup of coffee.

Because reading the newspaper over a cup of coffee is, of course, one of my hobbies. 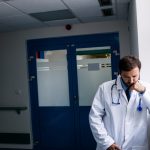 How do you come back after losing a battle? 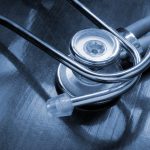 Managing your freedom after residency
2 comments