The rate of increase in medical school tuition, with its increasing student loan burden as a consequence, has not significantly deterred college students from applying to medical school in record numbers. In 2017, 51,680 students applied for 21,338 spots.

While physicians have to take out massive amounts of student loan debt, because they enjoy the highest average salaries of any profession, student loans can typically be quickly paid off with only a few years of diligent saving.

However, are we reaching a point where it may no longer be financially prudent to attend medical school? For example, should a prospective primary care physician or pediatrician who might face up to half a million dollars in student loans consider against attending medical school?

In many cases, physicians do not have to take a significant pay cut to work at a non-profit hospital and remain eligible for the program.

However, as more and more physicians complete training and have hundreds of thousands of dollars of student loans forgiven, there may be a public backlash against the PSLF program for doctors. The PSLF “loophole” could be closed in the future. One possible revision to the program would be to cap the amount of student loan forgiveness available to PSLF applicants.

Other forms of loan forgiveness program, such as income-based repayment (IBR), pay-as-you-earn (PAYE), or revised pay-as-you-earn (REPAYE), do not appear to be imminently at-risk for being modified by Congress. But these programs require you to make student loan payments for 20 or 25 years. This unfortunately makes student loan repayments akin to a second mortgage for many physicians, who wouldn’t receive loan forgiveness until they are in their 50s.

Other professions are already at this tipping point

While medicine still certainly is a financially smart decision because of its future income potential, the typical or extreme debt/income ratios is increasing in other professions beyond sustainable levels.

Dental school is typically even more expensive than medical school because of the increased laboratory and equipment cost associated with dentistry. The average dental student has a whopping $287,331 in student loan debt at graduation, and it is not uncommon to see some dentists with over $500,000 in student loans, and in at least one extreme case, over $1,000,000 in student loans.

Unfortunately for dentists, the income potential for most dentists are even lower than physicians, and there is no shortage of general dentists in high cost-of-living, large metropolitan areas. Therefore, some dentists could be faced with debt/income ratios of 4:1 or even 5:1.

While dental students do not have to do a residency to practice as a general dentist in most states, given the high debt/income ratio for practicing dentists in saturated job markets, the fact is most general dentists in large metro areas will have to do a financial fellowship and live like a student for 5 to 7 years after graduation just to pay off their student loans.

The typical law student has around $100,000 in student loan debt. Law school is only three years and is generally less expensive than medical or dental school, but the availability of high-paying law jobs is limited. Unlike in medicine, there is no guarantee of at least a six-figure salary in law. There are many practicing attorneys who make resident-level salaries for their entire careers.

This was assuming you could even get a law job after finishing law school. There was such a massive surplus of law students compared to law jobs, particularly following the Great Recession, that many law schools had more than half of their graduates not directly using their law degree after graduation. This eventually led to a sharp decrease in law school applications and some law schools had to close because not enough of their graduates were getting law jobs.

Do I think medical school is still worth the significant monetary commitment for prospective medical students applying today?

While becoming a physician isn’t the financial slam dunk it used to be, medicine is still an extraordinarily rewarding field financially. It has strong job security, and there are many other reasons why being a physician is awesome. There may be other professions where you might come out financially ahead, but you shouldn’t be going into medicine exclusively for the money anyway. This was as true 20 years ago as it is today.

Because of the government backstop of student loan forgiveness, some physicians often end up effectively paying back only a portion of their student loan burdens. More and more physicians will have to rely on these forgiveness options in the future.

Regardless, physicians will not be able to afford to make the large money mistakes that they could have in the past. More than ever, medical students, resident physicians, and early career physicians need to understand the principles of saving early and adequately, and investing prudently. Medical schools and residency program cannot continue to turn a blind eye to physician personal finance.

Urgent care centers prescribe more antibiotics. Why is that? 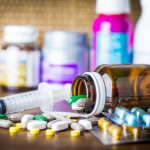 The double-edged power of the medications we prescribe 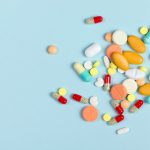 Is going to medical school a wise financial decision?
8 comments