A few months ago, I was on call and admitted a 65-year-old man to the intensive care unit for a flare of his chronic obstructive pulmonary disease (COPD). Although he had only gotten to the point of being unable to speak full sentences between gasps for breath for only a few days, his story started two months earlier when he had gradually started retaining water and getting more short of breath. He became unable to cook for himself and spent most of his time in bed, propped up with pillows. To feed himself, he spent the next six or so weeks ordering pizza delivery and eating it in bed, until his shortness of breath got so severe that he called 911 and came to the emergency room.

On the surface, my patient, a heavy smoker, had come in for a severe COPD exacerbation, someone who did not carry that diagnosis previously, but someone whose 60 years of smoking would make it no surprise. But in addition to the flare of his COPD, my patient was also retaining water with a flare of congestive heart failure, likely made worse by his subsequent increase in salt intake as he switched from his regular diet to take out. And finally, as he got progressively more short of breath, as he ate pizza while in bed, propped up, the risk of food or saliva occasionally ending up in his lungs, instead of his stomach increased, aggravating his respiratory problems even more.

This patient, like all patients who are sick enough to come to the hospital, had a variety of co-morbid conditions, some diagnosed, some not, which play a vital role in how patients will fare over time.

The COPD patient I saw might have fifteen problems that each require ten guideline-recommended tests or therapies, but he (or she) will only be able to do, afford or endure a handful. My ICU patient was likely discharged on a whole host of medications for COPD, counseled to stop smoking and his swallow and acid reflux risks were evaluated.

He had a bedside ultrasound of his heart to assess his heart function, and he also was likely recommended to “follow up with his PCP” for cholesterol and blood pressure interventions and medications aimed at lowering his cardiovascular risk. Perhaps sleep apnea evaluation given his obesity, age, and concomitant COPD, was recommended, and let’s not forget the risk of osteoporosis and vitamin D assessment.

And we didn’t even get to the routine colonoscopy or lung cancer screening that his primary care provider might try to talk him into. For a 65-year-old man who hadn’t seen a doctor in decades, who lives alone and has limited funds, it seems unlikely that he will follow up or maintain all those interventions. Understanding which ones to emphasize, or for which patients with a COPD diagnosis to emphasize them is where machine learning algorithms may help.

Because medicine is complex and multi-dimensional, we break up suffering and illness into specific diagnoses and conditions, which have specific evidence-based therapies. We task primary care “providers” with following “evidence-based care,” and increasingly, we grade them on it. Each patient is reduced to a grouping of diagnoses, and we look for whether each of those diagnoses has the recommended medications or tests done. Often doctor visits are reduced to shared screen time as doctors, medical assistants, and nurses go through lists of questions and recommendations with patients to satisfy these requirements.

But what if the disaster of modern medicine that has turned doctors into data-entry clerks is able to target our efforts in a smarter way. If Facebook knows you better than your spouse, and Target can predict when a teenage girl is pregnant, and doctors have become overqualified data entry clerks], then why can’t we learn important information about ourselves from the electronic health record? How might artificial intelligence and harnessing the electronic data we have collected at the cost of frontline caregiver burn out help? By rethinking our patients not as individual diagnosis labels (such as COPD or coronary artery disease or diabetes) but as whole people, we can help get frontline clinicians and patients their relationships back.

Fortunately, we are starting to see progress in this arena. A team from Google was able to use all the data within the electronic health record to predict a variety of important clinical outcomes such as mortality, diagnoses and hospital admissions. In a different study in COPD patients, we identified a risk stratification score that predicts all-cause mortality and COPD admission risk based on six simple laboratory values that are seemingly unrelated to lung disease. Whether and how these different risk stratification schema are going to improve care remains to be seen. But the vision in medicine will have to do to less, not more. Less to do for bedside clinicians and less to do for patients. With the burn out crisis of American medicine and the astronomical cost of “guideline-recommended care” no one can do more, in fact, few can keep doing what they are currently doing. What might that look like?

From a population health perspective, and from an individual patient-centered approach, we might consider which patients would be ready for a tobacco cessation intervention, which might benefit from having their coronary artery disease and risk factors optimized and which should get CT scans with the corresponding radiation and incidental finding risk. As a pulmonologist, I’m quite confident that I’ve discussed tobacco cessation with my patients and have discussed the unaffordable COPD inhalers, but I’m less sure of whether any of them are taking their daily aspirins for coronary artery disease, or, as a recent patient said, “The baby aspirin? I was taking it but nobody has mentioned it for a few years, so I stopped.”

Artificial intelligence techniques may help target which patients need to see which clinicians. We may learn which patients are best served by focusing on which specific issues first. Just as Target was able to get their coupons at the right time for their customers, might we learn how to target the right type and level of care for our patients and do a few things that help improve their lives the most.

Crying when a patient suffers a devastating loss 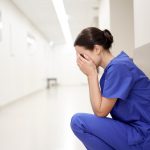 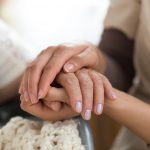 If Facebook knows me better than my spouse, why does my doctor know so little?
1 comments