Parents cheer, students rejoice, and teachers relax — it’s graduation season, one of my favorite times of the year. A few weeks ago, the Class of 2018 at Harvard Medical School (HMS) marched across campus to complete their final hoorah as medical students. I observed in awe and noticed something spectacular: most graduates who delivered a speech represented minority groups.

This sighting was not happenstance. Energy is allocated to bolstering racial diversity in medicine because diverse cohorts help students learn cultural humility. Minority doctors are also more likely to work in underserved areas. An additional reason applicable to medical students involves the value of cultivating intimate connections with patients who share similar identities.

For example, as first-year medical students, we interview hospitalized patients during precarious times in their lives. My first patient, Ms. R, was known to be reticent with clinical staff. But my initial fear of eliciting her personal concerns eased as soon as she spoke.

“Where are you from?” Ms. R asked. I answered, and fortuitously, we were both Central American. Not only did she begin to verbalize her recent trauma freely, but she also recounted her favorite pastime of singing at church with her husband and children.

Patients tend to feel comfortable around providers they identify with, helping us better understand their stories. Nonetheless, as I continued to watch the HMS graduation ceremony in jubilation, I recalled a moment when racial diversity was not enough.

I met Mr. M at Massachusetts General Hospital in April. After querying about his home country, I was ecstatic to discover that he and my father were both born in Managua, Nicaragua. Following this revelation however, Mr. M remained taciturn. His brusque answers and downward gaze made medicine feel artificial and defective. Still, I probed about his life and delved into sensitive territory.

“Do you still work?” I asked. He told me he used to drive semi-trucks, but the hours and pay were meager and awful. His frustration was palpable. “My father also drove semi-trucks,” I solemnly responded. Mr. M’s gaze darted to my eyes, transfixed in scrutiny.

While Mr. M’s terse responses continued, his demeanor changed. It seemed that divulging information invariably tied with economic suffering was more important than sharing ethnic roots for Mr. M. We concluded the interview conversing over his daughter’s invaluable support and the minutiae of his pernicious diagnosis.

Fourteen percent of the United States population that lives in poverty, including Mr. M, likely favor providers from similar socioeconomic backgrounds. Medical school diversity has improved since the 20th century, but economic diversity has been and continues to be utterly poor.

From 1987 to 2005, the AAMC collated and analyzed U.S. Census data by dividing the population of households into family income quintiles. They showed that the percentage of medical students from the highest quintiles has never been less than 48.1% and the fraction of students from the lowest quintile has never been greater than 5.5%. In 2005, more than three-quarters of medical students came from families in the top two quintiles.

Although more recent data is unavailable, the AAMC disclosed the percentage of matriculants by race and the portion of these subgroups that fall under specific family income intervals. Of the 20,122 total matriculants in 2015, 376 (1.82%) Hispanic, Latino or Spanish students and 422 (2.09%) Black or African-American students indicated a family income below $50,000. Even more, only 930 (4.62%) white students fell under the same bracket.

If we were to hypothetically distribute the paucity of minority low-income students across the 179 U.S. medical schools, approximately two Hispanic, Latino, or Spanish students, and two black or African-American students would populate each medical cohort. Since the AAMC threshold for low-income is low ($50,000 equates to 200% FPL for a family of four in MA), two students per entering class might even be an overestimate.

Socioeconomic disparities in education are driven by cost, quality and access issues. Poor parents can’t afford to drive their kids to better public schools or fund private-grade school educations. Furthermore, essential school resources, college applications, and subsequent tuition and fees add to their financial burden. Fortunately, I was able to purchase the infamous College Board SAT prep book a few weeks before my exam.

In the home, only 33% of parents with a high school diploma or less read to their children as compared to 71% of parents with a bachelor’s degree. Students who graduate from college are more likely to report that their parents read to them as children. Additionally, poor children are more likely to encounter physical violence and attend under-resourced schools, resulting in even fewer opportunities for intellectual engagement.

In my hometown of Palmdale, CA, a city with a poverty rate 6 percentage points above the state average, a teenager recently opened fire at Highland High School leading to a school-wide shut down and a setback to students’ educations.

Researchers have also found that nearly a third of 16 to 18 year-old high school dropouts leave school to work. Most are Hispanic or Latino males. Other reasons for minimal access to educational resources include transportation issues, family responsibilities and college recruitment favoring predominantly Caucasian and wealthier high schools. Access to mentors with college degrees is also often absent for poor students.

Cost, quality, and access issues spiral into poorer high school performance and fewer low-income college and medical school applicants. Large-scale policies are required to improve socioeconomic status (SES) diversity in medicine, but there is a role for medical schools. A quick search of class demographics for most, if not all, medical schools yields no information on SES diversity. While the AAMC publishes economic data on applicants who complete surveys, it is crucial for medical schools to do the same.

Diversity comes in many forms, and while race disparities are rightfully highlighted and partially reduced, SES diversity lags far behind. It is time for medical school diversity to stretch beyond race and increase representation of low-income students in our economy’s most noble field. 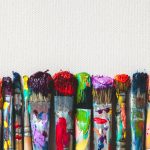 It's time for academic attendings to teach personal finance 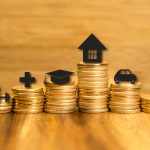