One of the great myths amongst residents is that once they become attendings, they’ll have so much more free time. I’ll never work this much again, they think. This is the most time-intensive phase of life, and everything after residency is easy in comparison.

Unfortunately, they are usually wrong.

Statistically, working about the same number of hours in residency and as an attending is the norm. In one study, attendings work 59.2 hours a week on average, compared to the 61.2 hours residents work. These numbers are old, from the early 2010s, but similar time frames, and I doubt attendings have started working less since then.

I personally worked less as an academic attending than as a resident, but my hours at my academic attending job were very similar to the residents’ hours at that institution. I know lots of attendings who work more as attendings than they did as residents, some by choice and some due to circumstance (including previous poor money decisions). Because I’m in a small group, I work worse-than-resident hours for probably half the year. Just like I never thought I would ever have a money problem once I started making attending money, I never thought I’d have an issue with time after I finished residency.

But the reality is that life doesn’t get less busy. The early attending years often coincide with having or raising young kids, which dramatically reduces your free time. And many people will have parents with health issues shortly after residency finishes. Your responsibilities increase at work, and expectations about your clinical and non-clinical productivity may be higher.

Is my life better than it was as a resident? Yes. But this is mostly because I have more control over my time, not because I actually have more of it. I still work a lot, and now have four kids to care for that I didn’t have in residency. My free time is dramatically lower than it was as a medical student or resident.

Just like with money, being “time wealthy” doesn’t just happen. What you have as an attending that you didn’t as a resident is more options and more control, both for your time and your money. As a medical student and resident, there’s not much you can do to increase your income. You can save and be frugal, but you usually can’t earn more.

Similarly, you don’t have a lot of options to increase your time as a medical student and resident. You pretty much have to do the rotations that you’re assigned. Yes, you can be more efficient, which is the time equivalent of frugality. But you can’t decide that you’re going to lengthen your clinic day one day a week so you can take a full day off. As an attending, you have the power to make those kinds of decisions. If not in your current job, then you could change jobs or even specialties to make your schedule more similar to your ideal.

The point is that you won’t magically have more time as an attending, just as you won’t magically be wealthy as an attending. It requires being mindful about how you’re spending your time to actually feel like you’re “time wealthy.” If you just go along and do what other doctors do, it’s likely that you’re going to feel exhausted and burned out, just like you’ll end up with a lot of stuff and not much money if you follow the financial example of many physicians.

You have to decide what’s important to you, and then spend your time on that. Just like you can’t have all the things you want as a doctor, you can’t do all the things you want. You have to choose, and some of those decisions will be hard. Is going to a conference to keep current on your specialty more important than going to your kid’s soccer tournament? Do you take call on your anniversary or on your child’s birthday? And just like with money, there’s no right answer. 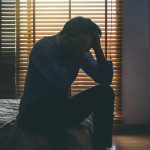 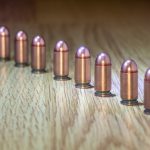