As I begin my overnight pediatric emergency department shift, there is one patient waiting to be seen: “Six-year-old male with autism, alleged sexual assault.” In year one of my pediatrics residency, I have not yet managed a sexual assault case, it is time to learn. I sign up to see the patient and move to find them in the sub-waiting room.

As I come around the corner, I find a family strewn across the folding chairs attached to the walls. Mom and dad are holding each other and crying. Another woman is supervising three children, two boys and one girl as they play on the emergency room floor. Dad just got here from work, and mom is telling him what happened. Mom and dad speak only Spanish. “I will come back with an interpreter,” I tell her. The patient a 6-year-old boy with autism. He is rolling a toy train back and forth with his sister. He looks stable, not in need of urgent attention.

I return with the interpreter. We pull the family into a private consult room and begin to discuss what happened. The patient and his younger brother were being watched by an older brother, 17, during the day. When mom came home from work she was doing the patient’s laundry and found blood on the inside of his underwear.

The language Mom uses to describe why she thinks this happened is a little unclear. I ask the interpreter to clarify. His phone rings, he politely declines the call. Mom tries to tell us again, but she cannot seem to find the words. The interpreter’s phone rings again, he again declines, this time with impatience. Mom is crying. I offer her a tissue. The consult room is beginning to feel hot and small. The patient is getting antsy. There’s nothing for him to do in here.

We turn our questions to the patient. He speaks in staccato sentence fragments as he nervously pushes his toy train. His language is simple but clear. The events he describes can only be interpreted as a sexual assault. The parents watch nervously as I perform an exam of the patient’s genitals and external anus. Everything is normal, there are no signs of damage, no bleeding. The family is relieved. I tell them I will speak with the team and let them know a plan.

As I step out of the room, I’m sweating. I gasp for air. It feels like we sucked up all the oxygen in the small space. I feel nauseous. I will have to retell the story to the attending, the social worker, child protective services and the hospital’s child abuse specialist. I could barely stand to hear it once, and now I will have to hear it from myself on repeat for the next hour.

One by one, each of the necessary parties listens to the story and gives their opinion. The child abuse specialist says we will need to call the county police to take a report and have a sexual assault nurse evaluator (or SANE nurse) come in and perform an exam. It seems like a lot of people to be involved. It is unclear to me what their roles are, but they all seem confident of what needs to happen, so I relay the necessary information and move on.

The night grinds forward. I have seen nine patients since I started. Around 3 a.m. the PA system blares: “Adult code blue attending physician to the code bay.” The patient’s dad fell to the ground, he is having chest pain and shortness of breath. We check an EKG and troponin levels. It is not a heart attack, more likely an anxiety attack. He calms down, and the symptoms resolve.

The SANE nurse arrives and performs her exam. The police come and go. They take a report but do not have any more input. At 7 a.m. CPS shows up, they are the last checkbox on my list of consultants. They speak with the family for a half hour and stop by my workstation on the way out to give me instructions. The family is cleared to go. They are not going to press charges against their older son, and he is not staying at the house, so the patient is considered safe. CPS will follow-up with a home visit. The entire family was waiting for over 10 hours.

The CPS worker is confused about why we called the police and had a SANE exam done. Mom explicitly said to CPS that she did not want to press charges, so no evidence collection or police involvement was necessary. She goes on to tell me the family is all undocumented and now there is an official police report about them. Mom told her this is part of why they are so anxious. They are worried they will be deported.

The woman from CPS clearly thinks I screwed up. I get defensive with her. “Where were these instructions last night?” “Why did the child abuse specialist tell me to call the police?” “I only did what I was told.” She’s unimpressed with my arguments. She leaves. I discharge the family. My shift ends, and I go home.

I always eat cereal and watch TV after night shifts. It’s my routine for decompressing. As I flip on the TV, the newly minted 45th president flashes across the screen. It is a clip from a speech he gave the night before about deporting illegal immigrants. It’s followed up by b-roll of immigration officers crashing into family homes. My defensiveness melts away and is replaced by regret.

I tortured that family all night with invasive exams and police interviews for unclear reasons. All they wanted or needed was assurance that their son was OK and to be put in touch with the right people to make sure he would stay safe. I let myself get distracted trying to execute a medico-legal process I did not really understand.

Every resident frets over making mistakes. We have nightmares about prescribing errors, botched procedures, and missed diagnoses. My management of that family was not a classic medical error per say, but it definitely felt like a big mistake.

Joseph Shapiro is a pediatric resident.

How Anthony Bourdain and Kate Spade could change mental health 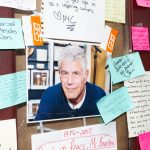 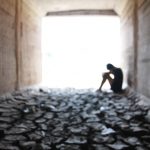