A meme forwarded to me last year showed a chimp with the caption: “Monkey trained to dispense Z-Paks at urgent care.”

As one of the medical directors for a multi-office urgent care practice, one of the tasks is performing a chart review. One of the patterns we see too often is ubiquitous Z-Pak prescriptions for purported cough, sore throat, sinusitis and even an allergic rhinitis this last batch. Z-Paks are one of my pet peeves and, other than trying to put my five-year-old daughter to bed at night, are the only things that will give me palpitations and make my right eye twitch only the way a Red Bull-laced study marathon had been able to before.

I write a mass email quoting IDSA guidelines, begging to stop using medications when not indicated or with no clinical reasoning documented with a particular emphasis on those with normal vital signs and normal physical exams and I even exalted the virtues of delayed antibiotic prescriptions if one was written. Send button pushed! Ahhhh … success, I have done my due diligence — until responses start pouring in.

The consensus from our experienced and generally good clinician PA and NPs seemed to be at a loss about “customer” service but amongst these was an inquisitive note asking if there is no “bacterial burden” what was wrong with a Z-Pak on demand and what are we making “immune” since there is no bacteria to treat. Also attached was an article from the journal Nature, on cave-dwelling bacteria and their formation of resistance. My amended response to the group:

Interesting question and one that can be answered on many levels.

First, do no harm.

These are variations of an integral part of the oath every physician takes to this day. Antibiotics are not benign drugs, they are harsh chemicals intended to either kill cells outright or affect them at their DNA level.

Patients can have anaphylactic allergic reactions, then there is toxic epidermal necrolysis, Stevens-Johnson syndrome. Zithromax (erythromycin, clarithromycin), Cipro, Levaquin can cause QT prolongation and some suggest Torsade de points and increased risk of death. Even if the patient does not have QT prolongation other drugs, they use can combine to cause cardiac arrhythmias including many common antidepressants (Prozac, Citalopram). The same antibiotics above can also increase INR and risk of bleeding so should be used with caution in patients on aspirin, Plavix, and coumadin. There is also the new CLARICO trial which showed adverse cardiac events and death even years after taking clarithromycin.

Aside from the oath we take to not do harm, If a patient has the above reactions and they do not have a “bacterial burden” we are treating, not only is it not “the best medicine” but it will be very difficult to prevent even an incompetent attorney from labeling it malpractice and you will be signing over a good sized indefensible settlement.

So: “What are we making immune?” You are prescribing an antibiotic designed for pathogenic bacteria to a healthy gut biome. While antibiotics are designed to fight harmful bacteria they also kill helpful bacteria naturally found in our gut. You are selectively killing off part of gut flora and selecting resistant bacteria with the risk of C. difficile infection, and some patients have lifelong problems with digestion. Many patients are carriers of pathogenic gut bacteria including C. difficile and taking antibiotics kills the good bacteria that is keeping the pathogenic bacteria from causing symptoms. There is also recent data linking antibiotic use, gut flora alterations in kids with obesity.

What about the article in Nature. It’s expected, known for at least 40 years and not surprising for bacteria to exhibit these resistance patterns and behaviors. The key differences are that nature tends to balance itself out whereas we need the odds in our favor 100 percent of the time and can’t afford resistance to kill a few patients until it’s worked out.

If we were willing to accept the risk of side effects and were coming up with a new antibiotic every few months this conversation would be moot and we could be free to write Z-Paks for fun and giggles because if resistance develops, we can just change to a new one next week.

Unfortunately, most of the new drug research is not on antibiotics so what we have is all there is for the foreseeable future and we all need to be careful about our antibiotic drug choices.

So, writing antibiotics for conditions not needed and not supported by physical exam is not only bad medicine but very bad medicine. But at least a dead patient can’t fill out a negative Press Ganey survey.

Rich Rodriguez is a physician. 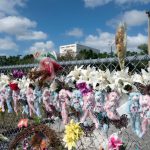 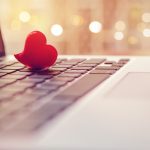 Why you should think twice about prescribing antibiotics
12 comments