Signing the divorce papers was probably Charlie’s lowest point.  His wife sitting by his side, occasionally she would swat at the air at some invisible fly buzzing around the room.  There was no fly.  Just the acrid smell of the nursing home, a horrifying mix of sweat, shit, and desperation.  He tried to focus his aged eyes on the legal papers as the tears swirled past his nose and losing traction, fell onto his crusty sweater.  He had no intention of leaving his beloved’s side.  No interest in abandoning his life.  But if he was going to give the level of care necessary for the Alzheimer’s riddled brain of his spouse, he had to sign the divorce papers and declare her bankrupt.  Only then would Medicaid pay.  This is what dying poor in America looks like.

He regretted not being able to take her home.  Not really home, the four-bedroom in the tony suburbs in which their children had grown up, but the small condo he now inhabited by himself at night when not camped at the nursing home.

They had moved there a decade ago when the foreclosure papers had been finalized.  Charlie winced, but then his face softened.  He was too old for such regrets.  Home, he thought to himself, wasn’t even a place anyway.  This comforted him as he grasped his beloveds hand tighter inducing an unexpected moan.

Home was sitting in this hell-bent institution, ignoring the demented squalls that emanated loosely from confused lips,  holding each other.

Charlie’s health deteriorated rapidly after his wife’s death.  He used his sparing energy to clean out the tiny room the ghost of his best friend inhabited for the last few years.  There were no memories here.  His time spent in the rocking chair by the bed, reliving pleasant memories and whispering stories into the ear of one who could no longer hear, was easily forgotten.

Any last bit of money the divorce had spared his own personal finances was gone.  His body weak.  His joints stiffened by nine decades of trauma.  He got into bed one evening after drinking a little too much, and awoke too weak to lift himself up.

Instead, he gently rolled down to the floor and crawled into the bathroom.  There would be no 911 calls.  He would not spend his last days in some godforsaken institution like his wife.

There would be no one there to whisper in his ears and transport him from this hapless existence.

His days were numbered, he was dying poor in America.

When the end comes

The doctor let himself in with the key under the doormat.  Charlie had managed to wedge himself next to the couch and turn the TV on.  The doctor, a former college football player, was easily able to hoist him onto the couch and start the evaluation.

Then the doctor pleaded with him to hire around-the-clock caregivers.  Charlie laughed.  He barely could keep his lights on and the water running with his measly social security checks.

Eventually, the option of hospice was agreed upon.  The doctor left the apartment with great apprehension.  The nurse would arrive the next morning for evaluation.  He glanced back one last time at Charlie as he left through the front door.

He was sitting with his eyes staring blankly at the TV screen.  The volume was turned off.  A small urinal was stationed on the floor next to the couch, and a tray with a few scraps of food was being ignored at his side.

He died alone on the couch. Quietly, one assumes.  The hospice nurse discovered him the next morning when she let herself into the condo.  Stiff as a board.  His hands clutching at something vacantly by his side.

We don’t talk about it often.  We avert our eyes to the reality of aging in America.

Maybe it’s Charlie’s fault.  He could have saved more.

Or is it the government.  We could have better social safety nets.

Maybe our communities should rise up to support those in need.

But for now, this is what we get.  Dying poor in America.  Alone. 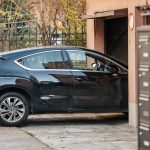 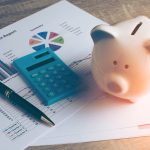 This is what dying poor in America looks like
32 comments