February 14, 2018. It’s the “before.” My phone rang, and I stopped breathing as words poured straight from her heart about the most recent school shooting — Stoneman Douglas High School, where I had nervously walked the halls as a freshman and excitedly watched my sister cheer at football games in Parkland, a boring little town next to my equally boring hometown, as a teenager. Here, I protested the indignity of living in a community with good schools and safe neighborhoods.

Then it was the “after.” A few hours passed. They caught the shooter. Then a couple of days passed — reports of law-enforcement negligence. A week. Teens across the country stage walk-outs and my community mourn at 17 funerals. Then, two weeks pass. A group of kids plan a nationwide march in Washington, DC.

Many have written about the unbelievable teenagers creating a movement that will likely land in history books. But I stumbled upon another perspective.

That day changed my medical career. It reminded me why medicine is my one and only life path. It revealed what I can do every single day to ensure I become a physician worthy of caring for other pediatric patients living in the “after” of unimaginable pain.

Every few months, I flirt with a different pediatric specialty. Luckily, each subsequent flirtation becomes more thought-out, more likely to predict my final choice. Right now, I am school-girl crushing on pediatric emergency medicine. Everything about it appeals to me. I love the medical diversity: from ear infections to broken bones; anything can walk through the door. I love the home life that ER shift work allows. Most of all, I love the brain acrobatics: seeing new patient after new patient, filtering through a plethora of information in a short time, translating it all into a diagnosis and treatment.

Still, my pediatric ER cases forced me to realize I will meet many patients on the worst night of their lives. Twin infants in critical condition after being hit by a car because their parents had the audacity to walk to the part; an adolescent after suspected sexual abuse. My gut began to churn. This may be more than I can handle. Sure, the majority is mild asthma attacks and boo-boos. Broken arms. But the ER pediatrician is also the first to see kids after abuse and rape and car accidents. Can I handle seeing adorable kids and awkward teenagers screaming in pain, or even dying? Children who haven’t had their first kiss or learned to drive or even to tie their shoes?

But we are living in the “after.” With this “after” comes new protests, new ideas and outlooks. Somehow, I became bogged down from months of debating different specialties with my peers. We are all searching for something tangible, something definitive, to decide how to spend the rest of our lives. However, as I read the accounts of the families affected and watched interviews with the first responders who cared for these kids, everything shifted. I stopped thinking about what emergency medicine could do to me and remembered why I chose medicine in the first place. I was thinking about my future all wrong and asking the wrong questions. It’s not, “Should I choose a career where I am constantly at risk for heartbreak?” or, “Does the lifestyle/salary/competitiveness fit my needs?”

Because it’s not about me walking from one exam room to another until I go home. It’s not about me at all. Ensuring that every single patient who walks through those hospital doors receives the best care possible and working to earn the opportunity to provide that care and continuing to earn it day after day — that’s what matters.

As this perspective took hold, I began to picture the wounded from that day arriving at the hospital; the ones who later went home as well as the ones who did not. Stretchers wheeled into my ER while I called out orders for IVs and fluids and just hoped my next wouldn’t be for CPR. I imagined calling time of death for a budding adolescent whose “wild” life experiences consisted of truth or dare and wearing a questionably low-cut shirt to school. I pictured sending another up to the general pediatric floor after treating their wounds.

Soon, I realized I don’t merely want to work in the ED. I need to go into emergency care. I am not so overwhelmingly naïve as to think factors such as the emotional burden, lifestyle and even salary are irrelevant. They do inevitably play a role. But I will never again forget that I am not just selecting a job when I apply for residency and fellowship; I am choosing to start on a path of earning a place in a family’s unique story.

Physicians often remind their burned-out, confused and terrified medical students: “It is an honor to practice medicine.” Because at 5 a.m. when we are interviewing a patient who just wants us to leave or are holding a screaming kid while he gets a shot, it is surprisingly easy to forget. But I won’t.

I will never again forget that I am forever living in the after of an event that occurred just outside my front door. An event that would have rushed through my hospital doors if it transpired a few years later. So yes — it is an honor to practice medicine. Someday, it will be my honor.

I can’t wait to deserve it.

Ashira Klein is a medical student. 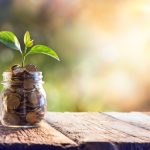 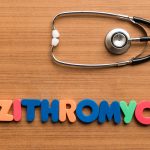